A vegetarian beef farmer has made the incredible gesture of donating a herd of 59 cows to a vegan sanctuary and is working to convert his farm to a vegan one. Jay Wilde has been farming cows all his life but could no longer accept making money from them and decided to donate the herd […]

A vegetarian beef farmer has made the incredible gesture of donating a herd of 59 cows to a vegan sanctuary and is working to convert his farm to a vegan one.

Jay Wilde has been farming cows all his life but could no longer accept making money from them and decided to donate the herd to Hillside Animal Sanctuary in Norfolk last Monday.

The Ashbourne-based 59-year-old is also in the process of turning his farm vegan with the help of The Vegan Society, with the aim to grow crops for human consumption.

Tom Kuehnel, Campaigns Officer at The Vegan Society, said: “Jay first contacted us after hearing about our Grow Green report which encourages farmers to move away from animal agriculture and towards growing crops for human consumption.

“The Vegan Society has been involved since the very beginning; we helped to find a new home for the cows and are facilitating the transition of Jay’s farm to plant-based agriculture.

“This is the first such case and we hope Jay’s incredible story will inspire other farmers to move towards more compassionate and sustainable farming that doesn’t involve animals.”

Jay grew up at the Bradley Nook Farm in Derbyshire, which converted from dairy to organic beef farming, and he took it over after his father’s death in 2011.

He said: “We stopped producing dairy because it was so arduous. To take the cow’s milk, you have to separate her from her calf. That is really difficult. 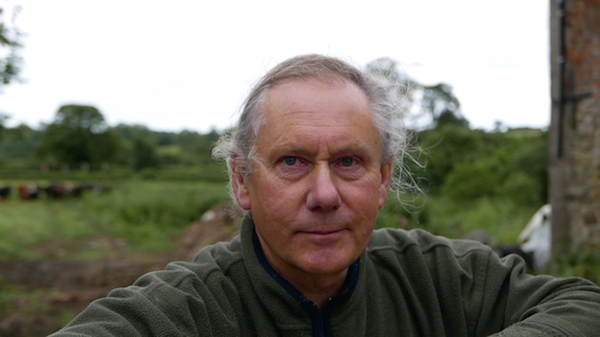 “Obviously, the cows get very upset when they are separated. It takes them a long time to get over. Farmers usually try to keep the calves well away from the cows so after separation they can’t communicate back and forth and prolong the agony.”

Jay added: “Cows are conscious of what goes on around them – they have personalities and an inner life. They’re not just units of food. Knowing them personally makes it more difficult to think about eating them.”

A vegetarian of 25 years, he never felt content with what he was doing and after numerous meetings with The Vegan Society he decided to send the cows to a sanctuary. 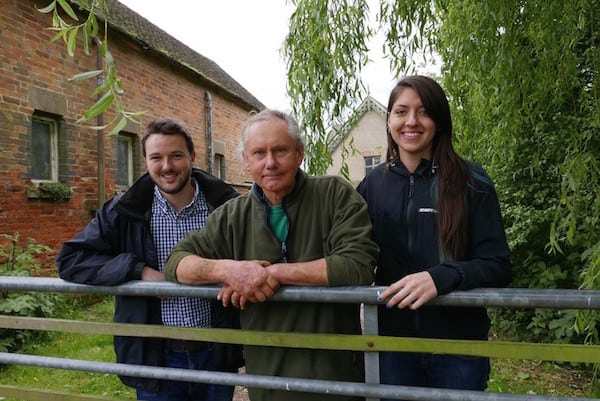 This compassionate gesture means the herd will live out their natural lifespans in a Norfolk field, enabling Jay to focus on growing crops for human consumption.

The Vegan Society put Jay in touch with Iain Tolhurst of Tolhurst Organic, near Reading, UK’s leading authority on stock-free farming, who is helping him get to grips with vegan organic farming.

Any farmers interested in moving away from animal agriculture should contact The Vegan Society on 0121 523 1742 or email info@vegansociety.com