By Clare Moseley, founder of Care4Calais 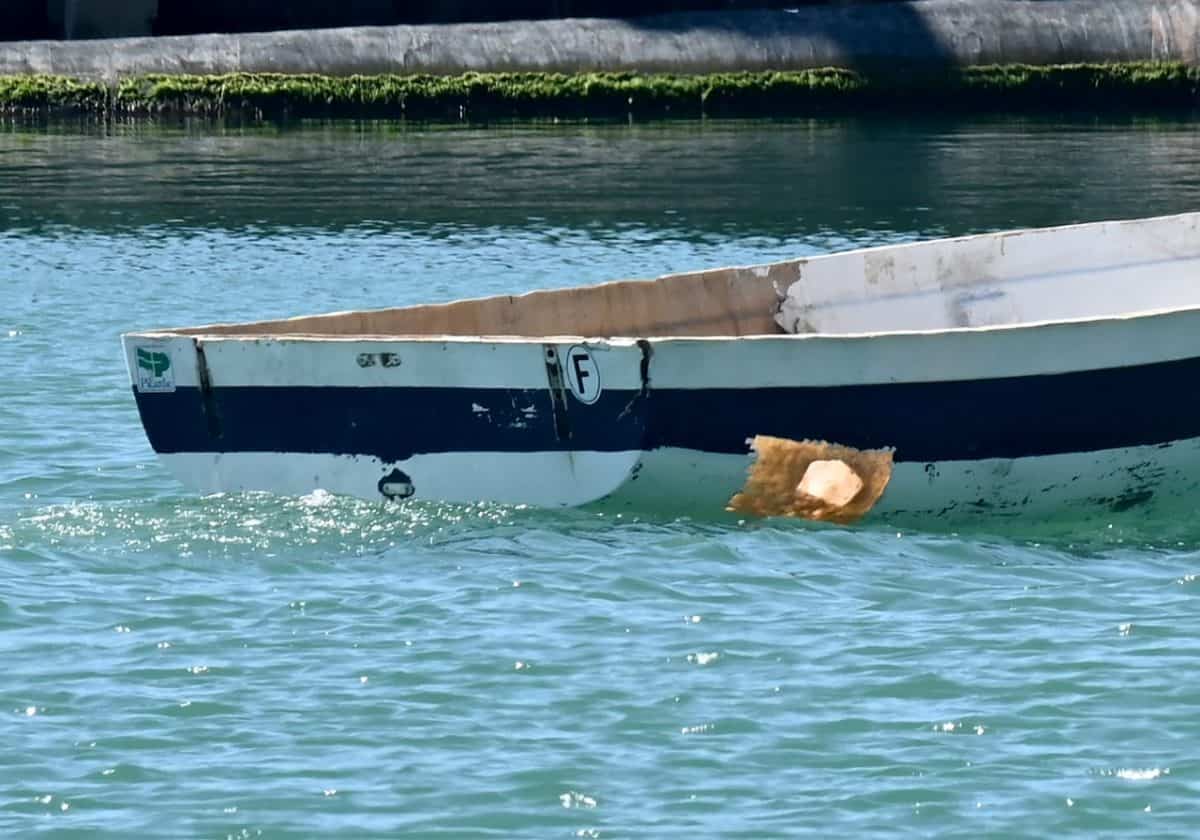 Today I woke up to a rare piece of good news. Someone I know well, a person who was fleeing a terrifying situation in his home country, has finally made it to the UK as a refugee.

I’m happy for him – I know this is what he wants. His brother lives in Newcastle and he speaks English – I hope he can finally start the future he deserves.

But then I saw a picture in the news of a boat that was rescued from the Channel that day and I felt like I’d been punched in the guts.

It’s bad enough to hear that people we know are risking their lives in unsuitable ‘dinghies’, but this vessel does not even deserve that name. This boat was the flimsiest craft you can imagine. Made of the thinnest strips of wood, half covered in flaking paint, a gaping hole in the stern.

How could anyone decide to board such a fragile craft and take on a crossing of the English Channel – the world’s busiest shipping lane? The thought that a friend of mine was driven to those lengths moved me to tears.

If you want to measure the desperation of people living Calais’s refugee camps, ask yourself this: how terrified would you have to be to get onto a rickety raft and paddle out to sea, facing great metres of swell, thundering oil tankers and the very real possibility you will drown to death?

Hundreds of people will make that unimaginable decision this summer.

People no different from you and I.

They’re farmers, engineers, teachers; adults and kids. They care about their family, their job, their football team.

These are people who enjoyed settled and ordinary lives, which were torn away from them by war, disaster or persecution. Life can flip in an instant; before you know it you’re boarding that boat.

People are driven to make the wretched Channel crossing in part because of the terrible way they are treated in Calais. They face a daily struggle to find enough food to eat. They are harassed and hounded by police, who pointlessly evict them from their tents, even though they have nowhere to go.

They are driven into the arms of people traffickers, who promise them passage, but not safety.

The situation is a scandal, and it’s happening right here on our doorstep, between France and the UK, two of the world’s proudest democracies. It does not have to be this way.

The solution is simple and clear: a safe and legal process by which people who have a legal right to claim UK asylum can have their claim heard in France, before they get to Britain.

This would stop the chaotic Channel crossings in an instant. The people I work with in Calais are only asking for a fair hearing for their claims. If they have the option of a safe, legal process, they’ll choose that every time.

The process would be fair, safe and controlled.

Fair, because people who have fled war, persecution and torture would have the opportunity to have their claims legitimately assessed. Safe because a death-defying Channel crossing would no longer be the price of just being heard. And controlled because we would destroy the people traffickers’ market and free up our UK Border Agency to fight terrorists and drug smugglers.

Care4Calais is trying its best to help people in the refugee camps. We stayed behind here during the Covid crisis while many NGOs left. But our food aid and basic supplies don’t touch the roots of the problem. I’ve been here for five years, I don’t want to spend another five watching people I know risk their lives.

Next time you see an unseaworthy boat, plucked from the Channel, and watch the cold, frightened people troop onto the shore, ask yourself: what it would have taken to make you step onto that boat?

No-one should have to take that grim decision. It’s time to find a real solution, and put in place a safe, and fair process that can solve this problem once and for all.

Clare Moseley is the founder of Care4Calais, a volunteer led charity delivering essential aid to refugees living in the worst conditions in Belgium and France.

Right now, refugees in Calais are more afraid of starving than they are of COVID-19.  NGOs have pulled out and state food provision has reduced by 50%. Find out more about Care4Calais urgent appeal.