“What connects the vile and dangerous rise of Islamophobia in Australia, America and the UK?”, James O’Brien pondered on Twitter above a 2015 post by international media oligarch Rupert Murdoch which called on “Moslems” to recognise the “growing jihadist cancer” that is supposedly rising within their ranks. Although the national media cannot be held solely […] 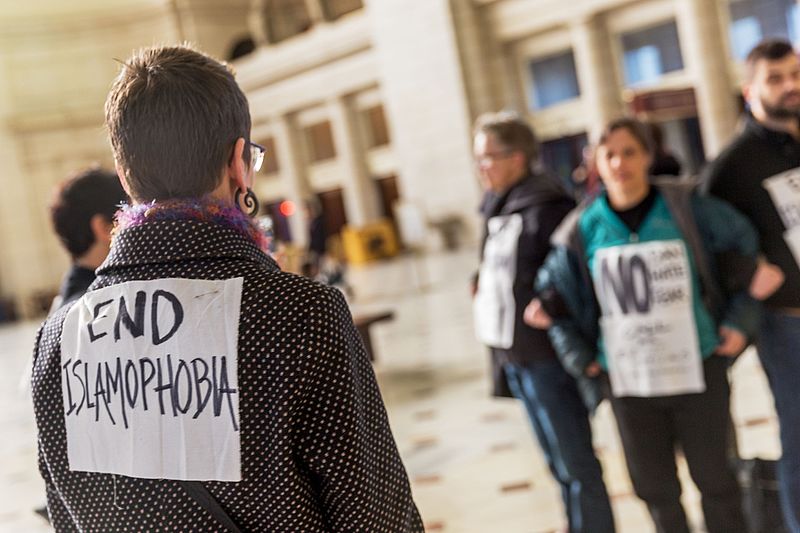 “What connects the vile and dangerous rise of Islamophobia in Australia, America and the UK?”, James O’Brien pondered on Twitter above a 2015 post by international media oligarch Rupert Murdoch which called on “Moslems” to recognise the “growing jihadist cancer” that is supposedly rising within their ranks.

Although the national media cannot be held solely responsible for attacks such as the one orchestrated in Christchurch, New Zealand, killing 50 people in their place of worship, ignoring the role it plays in fostering the rise of the far right in the west would be deeply irresponsible.

According to figures released last year the number of Islamophobic hate crimes in London has soared by almost 40 per cent, a figure Scotland Yard said does not show the full scale of “hugely under-reported” hate crimes in the capital. The appointment of Sadiq Khan as Mayor was celebrated as a victory in the fight to overcome race issues in one of the most diverse cities in the world, but that didn’t stop his Conservative rival Shaun Bailey brand him the “mad mullah Khan of Londonistan” in a tweet shared with thousands of his followers.

Social media platforms are undoubtedly part of the problem. Throw-away comments that were once cast to a closed audience are now widely gobbled up, shared and interacted with by significant numbers of people. But it still remains the case that many people use the mainstream press as a yard stick for appropriate conversation, and as Wes Streeting told parliament today, they are the ones that should know better.

Islamophobia doesn’t begin with senseless slaughter. It starts with unchecked prejudice in our workplaces, our schools and our communities; amplified by the mainstream media; and then legitimised by so-called mainstream politicians like Boris Johnson. Time for the Tories to act. pic.twitter.com/Ap539oab1a

In 2011 I submitted an MA dissertation that proved British tabloid papers talk about Islam today in the exact same way Nazi newspapers in Germany talked about Jews in the late 1920s and 1930s. Analysing the lexicon used in UK press in comparison to that used by Der Stürmer it became apparent very quickly that language was been used to weaponise nostalgia, stoke resentment and foster hate. My conclusions were confirmed last year when the incoming editor Gary Jones admitted to MPs that the Daily Express had helped create an “Islamophobic sentiment” in the media, describing past headlines as “downright offensive” and “very uncomfortable”.

Last night, in response to the growing far right sentiment being fuelled by global media platforms, hundreds of people gathered outside Rupert Murdoch’s News Corp to protests against the media “effectively acting like hate preachers with megaphones”. Owen Jones said it is high time racism and bigotry within the media gets called out, saying those who don’t use their platforms to combat it are complicit in its rise.

Every single day, the media whips up racism and bigotry. After Christchurch, no more silence, no more complicity. Call it out. pic.twitter.com/e6b6Xfo9FX

Speaking to The London Economic, Imam Farhad Ahmad, said he would agree.

“The nature of stories being covered about Islam, immigrants and Muslims by the media has been problematic.

“Whilst there are plenty of good news stories of Muslims and immigrants, they hardly make it onto the media. Constant coverage is of negativity and fear.

“Looking at the more recent case of tragic attacks in New Zealand, the Daily Mirror described on its front page the attacker as a once-Angelic boy. However when a Muslim is the perpetrator, no attempt is made to humanise them.

“Media is one of, if not the most powerful change makers within society and has unprecedented potential. So we would like to challenge the media to use its influence as a force for good and to act with responsibility”.