Palantir’s work in supporting the NHS in the development and implementation of the Coronavirus App is costing them in excess of £88,000 a week, yet they are charging just £1. Here's why. 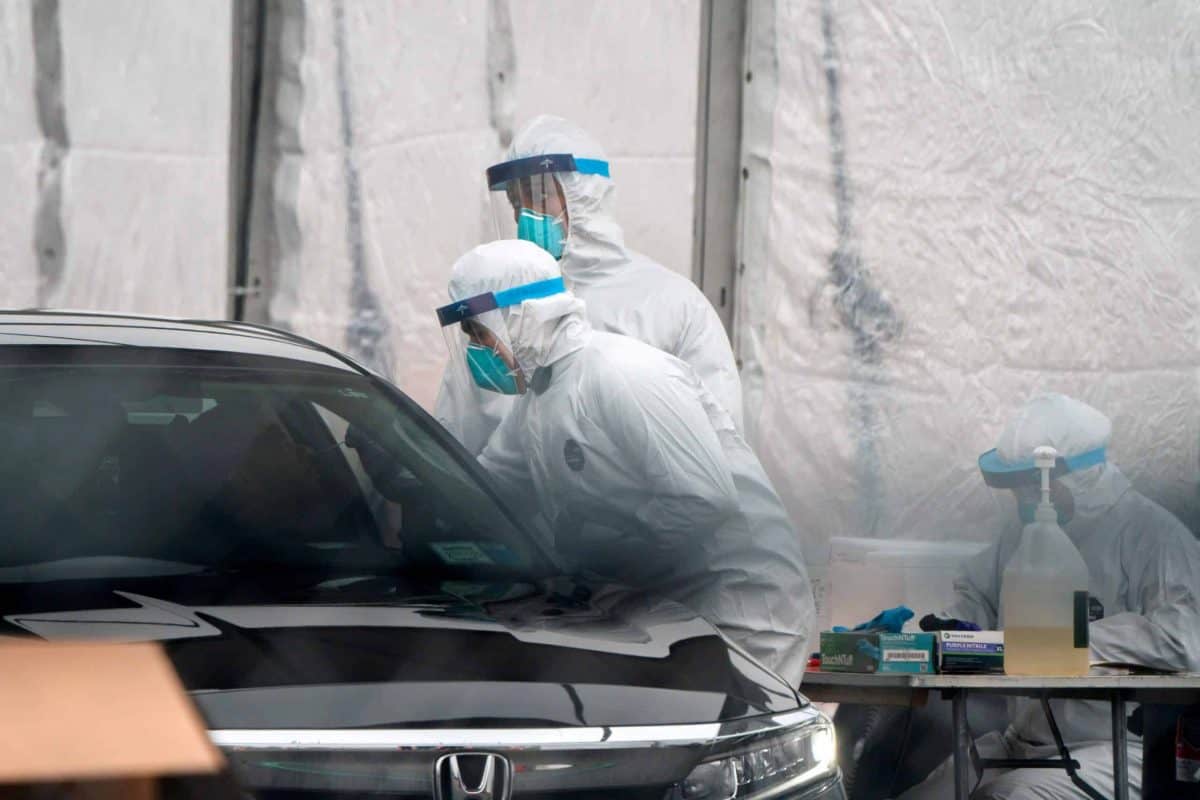 In the first of three pieces on the UK’s Coronavirus App, we ask whether fears over the people in the background be condemned as just another conspiracy theory, or are there genuine reasons for us to be worried?

It is almost universally acknowledged that the most effective means of reducing the spread of a virus is to Test, Trace, and Isolate. Identify the carriers, find them, and keep them isolated so they don’t pass on to others.

At the heart of this process, we are told, sits the App. It is a means for everyone to play their part, to notify when they may be infected, and so warn anyone with whom they have come in to contact, so that they too can isolate.

The question is, should we trust the people that have been tasked with building the App?

The people behind the app

Five technology firms are working with NHSX, the Government unit responsible for NHS Digital and Data strategies. Alongside the household names of Microsoft, Google, and Amazon Web Services, sits the less well-known companies of Palantir and Faculty Science.

Faculty Science, formerly known as ASI Data Science, is headed by Marc Warner. They are the company that worked on the data modelling campaign, alongside Dominic Cummings, for the Vote Leave campaign, a campaigned mired in accusations of cheating, lies and malpractice.

At that time, Marc Warner worked alongside his brother Ben, and the two of them continued their close relationship with Dominic Cummings. In the lead up to the 2019 General Election, Ben Warner ran the data modelling behind the Conservative’s digital strategy.

Once Johnson was confirmed as PM, Cummings was appointed as his Chief Special Adviser, and one of the first things Cummings did was recruit Ben Warner to join him as a Special Adviser. Ben Warner is the Data Scientist that sat alongside Cummings at the SAGE (Scientific Advisory Group for Emergencies) meetings. It has also emerged that Marc Warner also attended a SAGE meeting, despite the list of members remaining a secret from the general public right up until the beginning of May.

During this time, Faculty Science won seven government contracts, worth a total of £250 million.

And now they have been appointed a central role in the development and management of the Coronavirus App, which involved no tender process. A rule, introduced under the coalition government, to allow contracts to be modified without a procurement process for up to 50 per cent of their original value. This provides the means for a further £125 million to be spent with Cummings’ friends at Faculty Science.

If any of this raises concerns, it is also worth noting the role of the Government Minister, Lord Agnew, who was handed responsibility for the Government’s Digital Service in February of this year. Theodore Agnew, a former Tory party donor who was given a life peerage back in 2017, is also a significant shareholder in Faculty Science and will undoubtedly benefit from them receiving such significant contracts.

And alongside Faculty is the California based Palantir, owned by the billionaire Peter Thiel, a co-founder of Pay-Pal, and one of the original seed investors in Facebook.

A member of the Republican Party and a financial supporter of Donald Trump, Thiel started Palantir in 2003 with £2m from the CIA venture capital arm, In-Q-Tel.

In 2018, during the inquiry in to the Cambridge Analytica affair, it became apparent that senior staff at Palantir were working to support their activities in illegally harvesting Facebook data to be used in political campaigns across the globe.

Palantir’s strengths lie in gathering different data to identify patterns or trends in order to direct an organisation’s strategies. An insightful piece by Bloomberg Businessweek, tells the story of how Palantir’s methods and approaches used to fight the War on Terror were adopted by JP Morgan to increase their internal security.

This is what Palantir does, detecting Medical fraud for the US health services, keeping tabs on immigrants for the Department of Homeland Security, and synthesizing battlefield intelligence for the Pentagon and CIA.

These are extremely powerful tools, in the right hands. In the case of JP Morgan it did not last as senior officials realised that the man leading the work had gone rogue himself, perfectly illustrating their potential for serious abuse.

There is also the fact that there are clear pressures on any business, particularly high-tech innovative ones such as Palantir, to monetize their activities, to provide a return.

Should it then be a concern that Palantir’s work in supporting the NHS in the development and implementation of the Coronavirus App is costing them in excess of £88,000 a week, yet they are charging just £1?

Can we trust Faculty Science, or is our data the price being paid for Palantir’s involvement?