by Harry Yeates
in Opinion 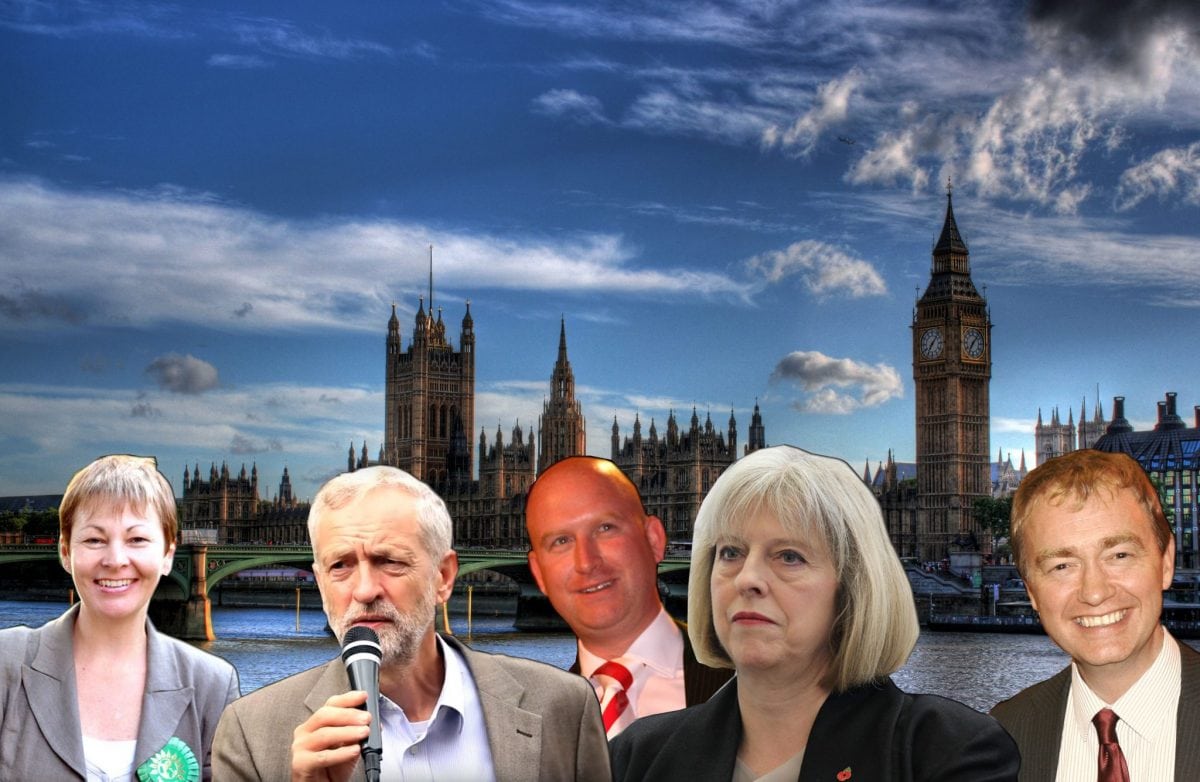 It’s campaigning season — and that means party political broadcasts. Here’s what the parties have been saying … and what we might read between the lines of their scripted addresses to the nation.

A party political broadcast by Theresa May

It’s been remarked that Prime Minister Theresa May is running more of a Presidential election campaign. Her blue battle bus, with “Theresa May: For Britain” emblazoned on its side (the Conservative Party logo barely visible), attests to this — as does her party political broadcast.

No other broadcast features the party leader anything like as prominently, and here we effectively have a rerun of a previous May speech cut with endorsements from a carefully selected cross-section of society.

In a direct rebuttal to Labour Party criticism that the Tories are just out for themselves and those who share their privilege, May assures us she’s for: “…A Britain that works, not just for the privileged few, but for every single one of us”.

The broadcast is light on policy and big on Brexit. It has the advantage of casting May as prime ministerial, delivering a speech outside number 10, and closes by posing the question: do we want Jeremy Corbyn negotiating our future in Europe? A moot point, regardless of political affiliation.

A party political broadcast by the Labour Party (not Jeremy Corbyn)

By telling contrast, the Labour party broadcast only features a cameo appearance from Corbyn. As per the above, it opens: “The choice in this general election could not be clearer: it is between a Labour party that will stand for the many, and a Conservative party that only looks after the privileged few.”

It’s a sad reflection on the current lack of confidence in the Labour leader that Corbyn isn’t even given a soundbite. His fleeting appearance shows him on stage at what looks like the Labour party conference, poised to speak, before the video whisks us off to something else — almost as if that’s what his team dug up in way of the highlights reel.

This is a classic party in opposition broadcast, with the first third dedicated to how badly the Tories have done — on the NHS, education, policing, taxes …

Begrudgingly it moves to “and as for Brexit …” — arguably mirroring the ambivalence shown the subject by Corbyn himself. It finishes how it begun: with a reminder that Labour is for the many, not the few. Too bad the polls suggest the opposite …

A party political broadcast by The Liberal Democrats: The Third Way

Somewhere between protagonist May and on-screen extra Corbyn is Tim Farron. Farron appears in the Liberal Democrat’s broadcast — and is even given a few lines — but his performance is overshadowed by the dysfunctional couple cast as ‘the electorate’. Totally uncommunicative, their morning rituals are performed in silence — the sound of the radio news bulletin an unwelcome, but necessary distraction. And of course, each morning they wake to a new terrible story: Brexit, Trump, La Penne (though Macron was voted in almost immediately after this was first broadcast) … And each morning they shower, spill their coffee, bury their head under the duvet and eat toast.

The idea is we’re sleepwalking into a terrible future. At one point the couple break their silence with girlfriend asking boyfriend: do you ever get de ja vu? To which the response comes: “I don’t know, I’ll check the fridge”. It doesn’t make any sense, unless it’s presumed voters mistake de ja vu for some kind of posh French cheese.

To stop this madness we’re urged to vote for The Liberal Democrats: ‘the real voice of opposition’. They too score points off Labour, with mention of the party’s vote of no confidence in Corbyn and seemingly confused stance on Brexit. Here however the Liberal Democrats seem similarly confused: a ‘serious’ party of opposition acting out the grievances of voters just doesn’t feel credible.

Be careful what you wish for … because if it’s a UK independent of Europe, Brexit might throw into question the relevance of your continued existence. Sound familiar, UKIP?

Not to be silenced (unlike the electorate according to the Lib Dems) here UKIP stage their comeback by reminding us that: “in 2016, with your help, UKIP created history and won us all Brexit”. To be clear, here ‘UKIP’ is a referendum held by the Conservatives, and ‘us all’ is 52% of those who voted for it.

In this video we’re reminded what it’s all about. UKIP, according to one alliterative campaigner seen here, is the “patriotic party of the people”. From this video it’s hard to see what exactly stirs are patriotic passions, though there is a nice shot of Paul Nuttall wistfully looking out over the ocean — possibly looking at France in the distance, the irony.

There’s just enough time left for a power point presentation to go wrong, with UKIP’s five policies coming onto screen in a different order to that in which we are hearing them spoken by Nuttall, and that’s a wrap.

A party political broadcast by The Green Party: Hearts, minds and boardgames

The Green Party have two party political broadcasts, each as bizarre as the other. The first looks more befitting of the Red Cross than a political party: black and white scenes of refugees being washed ashore on dinghies sets the tone for a truly heart rendering broadcast, but one which leaves us more inclined to cry than vote. The other, in stark contrast, is a family of actors playing “the race for number 10” board game, where political incompetence is rewarded with points. It’s a two pronged approach that leaves us confused, vulnerable and utterly disgusted with the world and party politics.