By Selena Drake “A hospital is chasing a £350,000 bill racked up by a Nigerian mother who flew to Britain to give birth to twins.” This was the headline on the front page of the Daily Mail three days ago. A pattern is emerging that seems to be accompanying the rapid rise in immigration. The […] 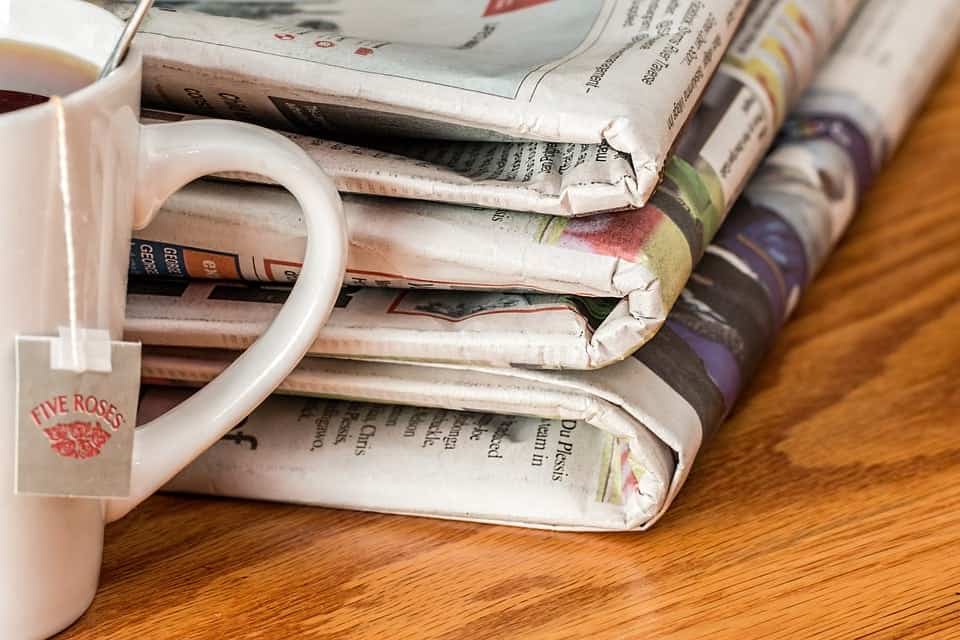 “A hospital is chasing a £350,000 bill racked up by a Nigerian mother who flew to Britain to give birth to twins.” This was the headline on the front page of the Daily Mail three days ago. A pattern is emerging that seems to be accompanying the rapid rise in immigration. The prioritisation of news stories of this nature is a typical example of scare-mongering. It is not uncommon for right-wing newspapers to try to increase readership by using the tactic of taking a case relating to an immigrant, putting the story on their front pages, and dramatising it in an attempt to incite the belief among readers that the individual case is reflective of a much wider issue occurring in society. This scare-mongering strategy can be used as an effective way to sell more papers.

It is tragic that financial motivations are now demeaning the morality of these papers. We turn to news stories from the most popular newspapers with the hopes of learning about current affairs that will be related to us from an objective stance. However, the fact that a story such as the fore mentioned is considered worthy of the front page demonstrates a severe lack of objectivity. Placing a story like this on the front of an official newspaper subconsciously encourages the notion that all immigrants are a detriment to our society. It is not the content of the story itself, but the placement of it on the front cover, that unnecessarily exaggerates its implications. Additionally, it is worth questioning why it was necessary to describe the individual mentioned in the article as a Nigerian immigrant in the first place, if not to induce negative stereotypes currently surrounding people who have immigrated into the country? Newspapers should feel more of a responsibility to take ethical values into consideration, and particularly to not actively participate in the stereotyping of minority groups.

It is worth noting that immigrants are not the only group targeted in the front pages. People misusing the benefits system, for instance, have also been popularly scandalised – notably at times of enhanced economic difficulty. Immigrants are now, however, being given priority on more front pages amidst the immigration crisis. It is easy to target the group that can most effortlessly be associated with notable events affecting Britain at a particular time.

The media is one of the most influential forces in British society. It is our main source of information for current affairs, and consequently it is not too improbable to believe that the media has the power to persuade and to manipulate. Its ability to manipulate is enhanced by the veneer of objectivity that news stories hide behind, rousing the notion that due to their objective tone they can be taken as fact. If a right-wing paper sticks a story concerning an immigrant abusing the healthcare system on its front page, it can only be assumed that this story is more important than those that did not earn a place on the cover – and, therefore, it serves as a sign of the threat that immigrants pose to the British public. The objective façade that newspapers adopt has the potential to consequently instigate prejudice against minority groups, if papers abuse their power of influence.

The common lack of a platform that minority groups have to speak from on a national level compromises their ability to present a counter-argument if an official force, such as mainstream media, demeans them in any way. The greatest concern is the subliminal nature of the scare-mongering tactic. A right-wing newspaper that is guilty of scare-mongering would unsurprisingly never openly admit to inciting prejudice, but neither would it use obvious terminology that could notably suggest the demonisation of minority groups. Instead, it will simply place the sensationalised story concerning an immigrant on its front page and ensure that in the first line their nationality and status as immigrant are highlighted. This subconsciously rouses the notion that the condemned behaviour of one immigrant represents a greater problem in British society.

It is important to adopt a wary perspective when reading the news, regardless of which side of the spectrum the paper might be classified as. No news story is objective, despite the apparent lack of an outspoken opinion in the content. It is the reader’s responsibility to attempt to remain open-minded, and consequently they will ultimately be able to form their own opinions. However, newspapers that play into the strategy of scare-mongering in order to attract readers should be above using such an unprofessional means of selling papers. Furthermore, it should be an expectation that the news stories formatted in an objective manner should remain as objective as it is possible for them to be.