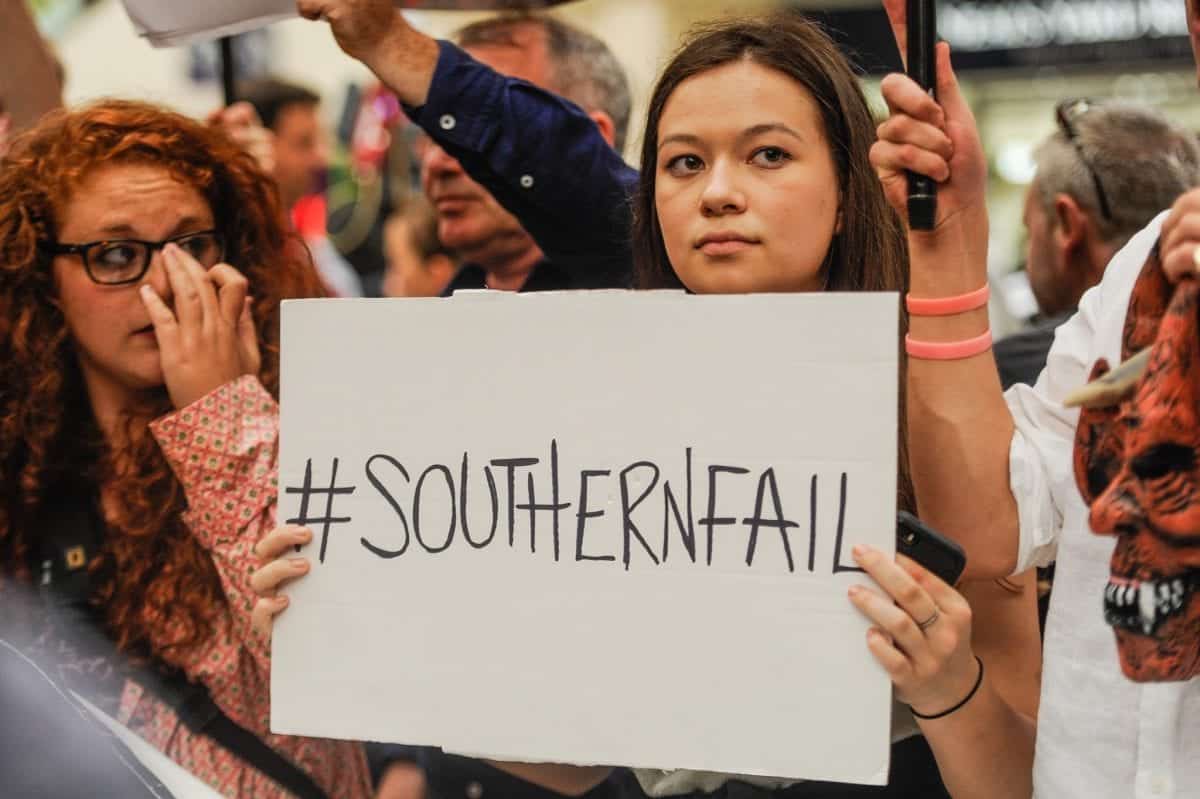 Southern Rail hit the headlines this weekend saying it is recruiting over 200 new trainee drivers to avoid the strike chaos, only for ASLEF to welcome them in to the union!

The much maligned Southern Rail hoped to reduce the reliance on overtime working and minimise disruption by recruiting over 200 new trainees, but drivers’ union ASLEF blames the operator ‘eroding the goodwill of its drivers’ for endless cancellations, and claimed the plans were a ploy by transport secretary Chris Grayling to get a ‘headline on a quiet Sunday’.

Mick Whelan, general secretary of ASLEF, reminded the rail bosses that “no one has to be a member of a trade union, but 96 per cent of the train drivers in England, Scotland and Wales choose to belong to ASLEF.

“So I look forward to these new drivers joining our trade union.”

Rather than improving the safety on London’s overcrowded commuter trains, Southern Rail is prepared to fork out tens of millions of pounds to work around the Union’s demands.

There are currently 280 drivers in training on Southern, Thameslink and Great Northern, but the recruitment campaign hopes to maintain numbers and reduce the reliance on rest-day working.

A GTR spokesman said: “We already have over 200 trainee drivers across GTR but we’re launching a fresh recruitment drive on Southern today to bring in more trainees and reduce reliance on driver overtime.”