I can recall that when I was about five years of age I would be taken door to door by my Grandmother, clasping her petition clip board, fired up with the latest outrage that had got her off the sofa and on to the streets. She had found brief distraction from wrestling on the telly […] 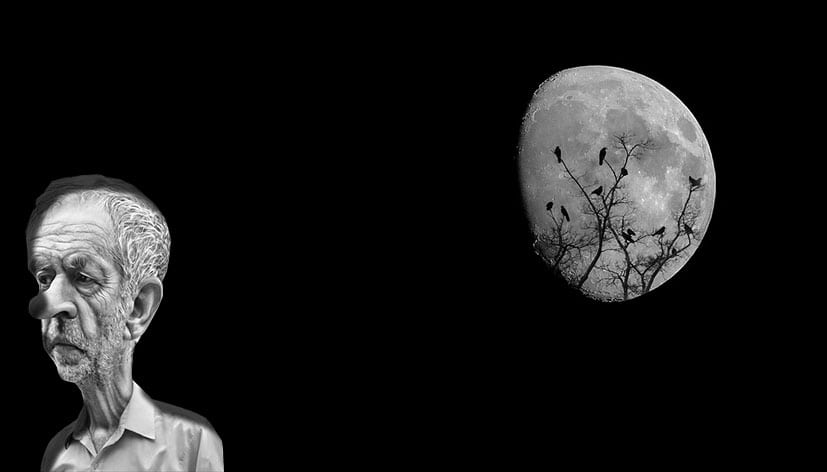 I can recall that when I was about five years of age I would be taken door to door by my Grandmother, clasping her petition clip board, fired up with the latest outrage that had got her off the sofa and on to the streets. She had found brief distraction from wrestling on the telly and was attired in her activism outfit, which included a beret made out of, what looked like, the body of Spit the dog (a hugely popular character on TV back in the day.)

At election time, every door would be open, every window ablaze with ‘Vote Labour’ posters and the only topic of conversation, after wrestling, would be politics. Where did it all change? Growing up, we all seemed to have a job to go to, access to a home locally under the Sons and Daughters Act, which insured families were close and every neighbour was your Aunty or Uncle. We moved through life satisfied with what we had and who we were.

Thatcher changed the UK beyond all recognition. Her battle with the miners turned families against each other and, for many, the battles between miners and the state was nothing less than class war. The blight of the Poll tax almost created the first true revolution in modern times and yet canny Thatcher turned millions into Tory Voters by having one single policy; The Right To Buy, allowing people to buy their own council homes and transforming her from being the bogey man into the Prime Minister who made the Tories electable across areas of the country that had not had elected Conservatives since the 1900s.

Fast forward to 2017 and we have a very different political landscape. More parties exist to attract our votes, doors are open for political debate and the pub conversation is more likely to be about Goggle Box than politics. Seeing election posters up these days is as rare as seeing a nightingale and yet the canny Tories win seats in areas you would never imagine would vote Tory. Whilst pundits wonder and question and talk landslides, the numbers of people in this Election unlikely to vote or not registered to vote is expected to be unprecedented. Labour under Corbyn, we are constantly told, is ‘unelectable’ and yet polling of his policy agenda, should he win, shows 70 per cent like what he offers. There is no doubt that apathy is playing a huge part in this election, as well as the demonisation of Jeremy Corbyn. Many voters living in Labour areas feel Labour has failed them; they elected Labour Councils who just imposed austerity and cuts with barely a whisper, whilst failing to cut a single pound from their own allowances. Libraries, care centres, school playing fields, luncheon clubs have almost all been closed or sold off without a thought, leaving only the local residents, rallied under a ‘Save Our’ banner to take on a Council that most voters feel has abandoned them . In the more affluent city areas, in which developers’ gold seems to have blinded Councils to the electors needs, is it any wonder that so many no longer vote? 70 per cent of voters wake up after the election to a party imposing policy they never voted for, and many just wish a plague on the houses of all politicians.

As I grew up, I would be on the march for causes about which I was passionate; anti racism, free Mandela, no poll tax, support Gaza, end the housing crisis. I took part in endless protests in which people had been unjustly treated by the state and had no choice but to take to the streets. Invariably, in the front row of every march and every social justice protest would be Labour’s Greats; Tony Benn and Jeremy Corbyn.

We are told that governments lose elections, that Corbyn is a disaster and the Bogey Man we should all fear and against whom we should lock up our children… and that we all need the ‘strong and stable’ premiership that Mrs May offers and yet the reality could not be further from the truth. For the past seven years Mrs May has failed at the Home Office on immigration. She has never got close to her targets.

The prisons are full to overflowing and in a critical state and yet no one responsible for the financial crisis has been jailed. Many of the perpetrators are today’s government advisers, whilst the rising number of prison inmates include hungry people jailed for stealing to eat in 2017. Our courts are packed with 300 people with disabilities, fighting to save their mobility scooters and disability living allowances… 300 a week is the maximum the courts can process. In addition, over three million people used food banks in 2016. For my book Food Bank Britain, through a freedom of information request, I was able to expose the 13,000 a year hungry people, criminalised for stealing to eat and highlight the scandal of teachers, nurses, pensioners, people with 3 jobs, and army personnel, using food banks in 2016.  Moreover, only two weeks ago, the Head of The Hampshire Police Federation reported the police officers were also getting Food Bank Vouchers; such was the negative impact of Tory policies on the low paid as well as the poor.

The Bogey Man wants to build 500,000 New Council homes and insure millions of people are paid decent wages so they can pay tax and NOT be dependent on welfare. Three million EU workers in the UK and two million Brits in the EU are waking up every day in Mrs May’s UK insecure and fearful of deportation. Jeremy Corbyn, if elected, will insure from day one that these people’s fears  and those of our family members, friends and neighbours will be unfounded with him as PM. The Labour Bogey Man wants to invest in the NHS and end the privatisation that bleeds the NHS dry by taking out the money needed to invest to provide share holders’ profits for offshore hedge funds, which he seeks to abolish. Our politics have never been so important. This election, for the first time in my life time, offers a Labour Policy agenda that I can vote for and on which I have been happy to Labour doorstep. Running a food bank for the past four years, I have witnessed the impact of this Tory Government agenda, and its pitfalls, with dread.

Over 4,000 people have died during 2016 after being assessed by this Government as fit for work.

I have yet to meet a single person who can name an example of a service in the care of this government that is not in chaos or crisis. And yes, Jeremy Corbyn should have got tough with those of the PLP doing so much damage and those Labour Councils who have failed the many they are elected to serve. But, by Voting Jeremy Corbyn into number 10, it will be his policies of the here- and- now that will change communities. This is one Bogey Man we need. Don’t let the main -stream media steal your thoughts or influence your vote this election. Join me in voting with your heart for Jeremy Corbyn or vote tactically for the Bogey Man whom only hedge funds, dodgy landlords, bosses who exploit workers ,and tax- dodgers fear…