By Professor Ann Fitz-Gerald, Cranfield University  While politics in the western world have stood relatively dormant over the Christmas and New Year period, unprecedented events have emerged in Ethiopia’s political scene. Significant decisions have been taken.  There are grounds for hope and optimism, but only if views on anticipated change do not become as polarised […] 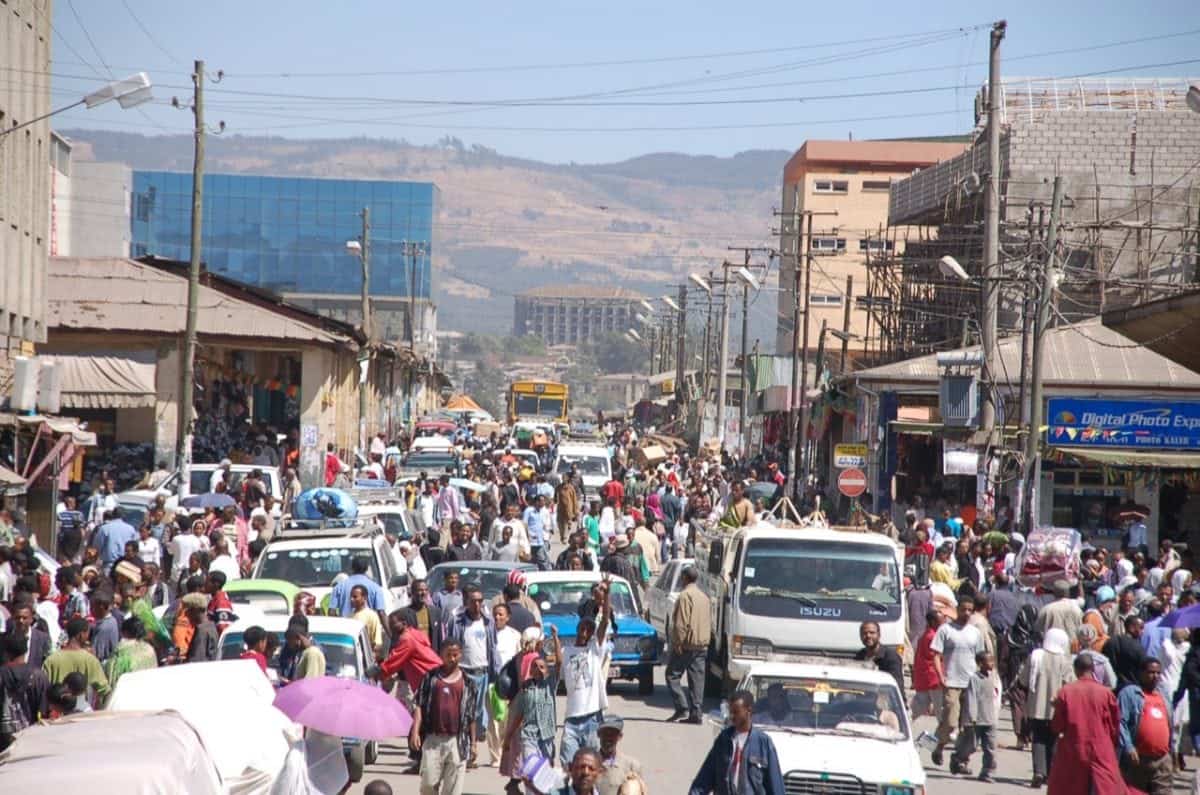 While politics in the western world have stood relatively dormant over the Christmas and New Year period, unprecedented events have emerged in Ethiopia’s political scene. Significant decisions have been taken.  There are grounds for hope and optimism, but only if views on anticipated change do not become as polarised as the positions of different political parties to date.

The principal questions concern Ethiopia’s ability to sustain its remarkable economic growth record amidst the discontent in its Oromo and Amharan regions since the outbreak of initial violent protests in December 2015.  Further evidence of popular discontent resurfaced in early December 2017 with disruption to transportation routes across parts of Ethiopia’s Oromia Regional State and clashes between thousands of displaced Oromos and Somalis along the eastern Oromia border.  These rumblings also followed the October 2017 resignations of two veteran politicians; the Speaker of the House of Representatives and a senior ministerial adviser to the Prime Minister.

In mid-December, the ruling Ethiopian People’s Revolutionary Democratic Front (EPRDF) coalition party issued a communiqué blaming the Party’s leadership for the conflicts in different parts of the country, the growing mistrust among the member parties of the coalition and the inadequacy of changes effected over the past two years.  This criticism followed the 28 November removal of the long-standing Tigray People Liberation Party Chairman, Abay Woldu, and the appointment of a number of younger representatives to the Executive Committee of the TPLF who, because of their age, had not played a role in the country’s liberation struggle which had toppled the military dictatorship in 1991.

Further intensive discussions between mid to late December led to the EPRDF Executive Committee’s announcement on 1 January of a number of commitments it would make to widen political space and ensure that civil society and democratic institutions play a greater role in Ethiopia’s political life.  Whilst the clarity of these pledges has yet to emerge, the announced return to government of the two veteran politicians on 29 December, and the 3/4 January statements that the government would release and aquit political prisoners, detainees and close one of the infamous capital city-based investigation and detention centres, should be regarded as positive steps which underpin the EPRDF’s future political commitment.

Although government-facilitated dialogue with opposition parties has been ongoing, and has resulted in proposals for electoral reform, some of the larger opposition groups have boycotted the talks claiming that their input to the agenda has not been considered.  With the freeing of political prisoners representing one of numerous other demands of these groups, there may now be some hope of a broader and more inclusive discussion.

A key challenge which looms for Ethiopia’s political future is the search for a more reasonable ‘middle ground’ between those demanding change, particularly from outside the country, and those responsible for implementing change.  For reasons which appear to concern access to resources, narrow political debate and a strong national security architecture, the positions and perceptions between these two groups have – over the past 10 years – become increasingly polarised and have added further confusion to the outside observer of how the country really functions.

It is this polarisation that requires careful management.  The implementers have showed willing.  The demandeurs should also respond proportionally.  The current political establishment has inherited, and driven forward, a developmental statebuilding project with its own unique Ethiopian characteristics.   It not only departs from the liberal peace paradigm with which western analysts and commentators are most familiar, but also – because of Ethiopia’s ethnic and religious diversity – is not replicated elsewhere in the world.  For this reason, the EPRDF has been learning ‘along the way’.  It has studied the foreign, social and economic policies of other democratic and developmental statebuilding models.  Yet it has found none that suits the Ethiopian predicament.  It is left managing an “amalgam model”, one that now appears challenged and for which ‘next steps’ are difficult to predict.

The input of all political parties and civil society institutions in addressing this ‘unknown’ space is critical for informing the country’s future strategic policy framework.  The governing EPRDF and most of the component parts of the coalition of local parties and interests it represents are willing to compromise.  The opposition, for the most part hardliners with no clear-cut agenda, must compromise too.  Yet evidence that the opposition is ready or even able to work out how to move closer to a consensus is still scant.  They may see the Government’s concessions as a sign of weakness and push all the harder.

Nor is it clear what the compromise should be based on.  Ethiopia, in common with so many developing countries across the globe, faces the development conundrum:  how can the benefits of economic growth be best shared in a hugely needy country, still one of the world’s poorest, without that growth, fragile as it is, being compromised?   Ethiopia is a difficult country to govern.  Its Federal and Regional governments need a strategic policy framework around which all the main parties, in power and in opposition can coalesce.  The time has come to move away from the tired, ideologically hidebound liberation construct of the 1990s.  A younger, more energetic, less male dominated leadership is needed that is less dependent on local or ethnic constituencies.

This year could see the start of a fundamental political change in one of Africa’s key nations.  Whether as elsewhere the departure from the political scene of the “liberation generation” leaves space for able younger men and women to find a political consensus in Ethiopia remain delicately balanced.  What is clear is that the events and decisions taken at the end of 2017 in Addis Ababa give some grounds for optimism.