By Paul de Hoest, Green Party Candidate for South West Hertfordshire Inequality has widened, young people are priced out of the housing market and Government debt keeps going up. The only answer the Tories have is that we need more of the austerity medicine which means: less welfare, less spending on public services and more […] 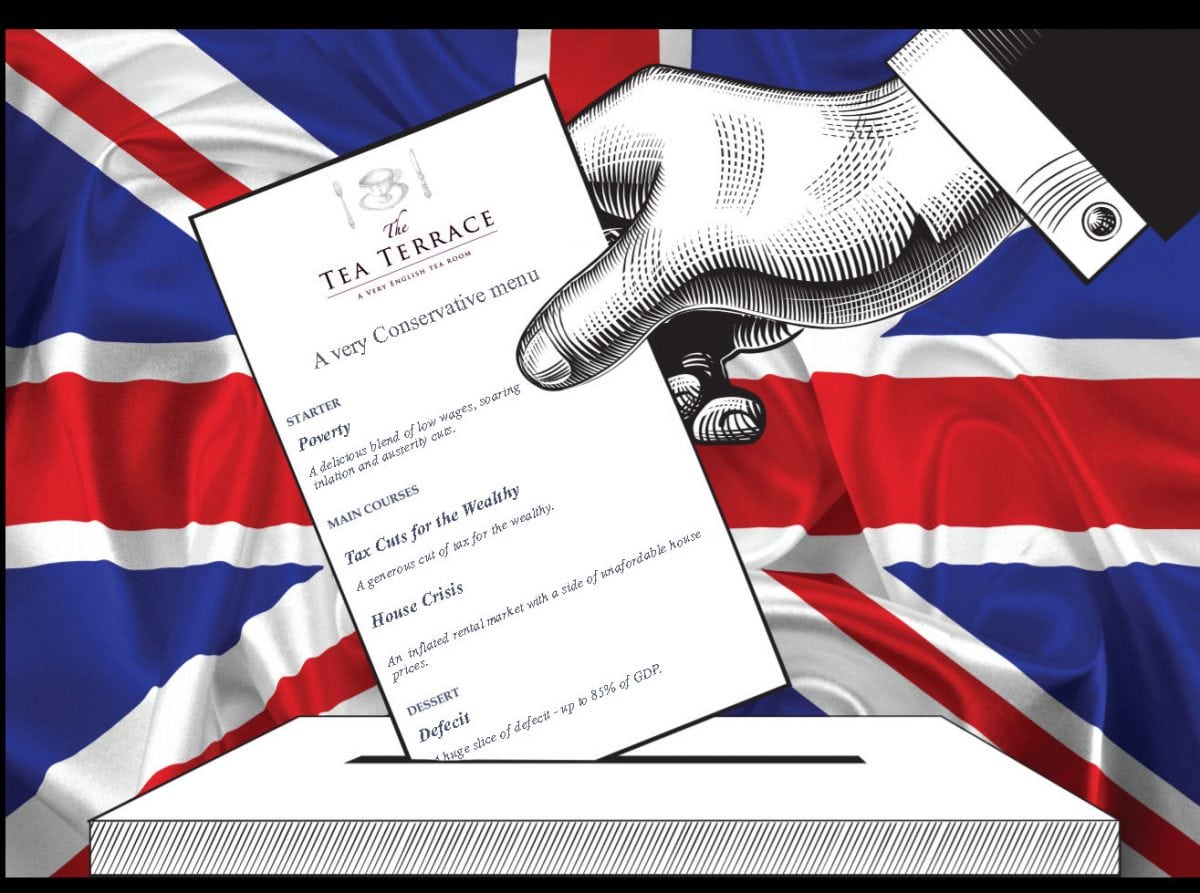 Inequality has widened, young people are priced out of the housing market and Government debt keeps going up. The only answer the Tories have is that we need more of the austerity medicine which means: less welfare, less spending on public services and more tax cuts for the already wealthy.

Since 2010, at a time when Government spending has been cut back on welfare and public services, the level of Government debt as a percentage of GDP has risen steadily from around 60 per cent to 85 per cent. This wasn’t in the Tory script but really should be no surprise. Here’s how it works: if people have lower incomes (through cuts in public sector jobs or cuts in welfare payments) then there is less money to spend in the economy. With less money circulating, the economy slows down and the Government receives less tax and so has to borrow more than it intended to balance the books. Remember George Osborne in 2010 promising to cut the deficit to zero by 2015? Now the Tory manifesto reckons the books won’t balance until 2025.

It really is that simple: enforcing austerity policies is a self-defeating cycle.

To cover up this failure, the Tories did two things: (1) cut taxes for the well off and (2) pumped money into the banking system.

They cut taxes for already wealthy people in the hope that they might spend a bit more and therefore counteract the negative effect of the public sector spending cuts. This might have helped to offset the negative growth a bit, but it didn’t solve the deficit problem as the reduced tax take just made the deficit worse. Economists know that transferring income from poor to rich makes countries worse off you never get as much back in the economy from gifts to the wealthy than you lose from cuts to the income of ordinary people. Wealthy people tend to spend less of their income in the economy: it either goes into savings, luxury holidays abroad or assets such as shares and property.

This brings us to the Tories’ second policy failure, that of pumping up the banking and property markets.  The banks have been gifted ultra-low interest rates, subsidised lending from the Bank of England and £435 billion of quantitative easing.  However, with no control on what they should do with that extra money the banks simply piled into mortgages leading to a massive buy-to-let boom in the housing market. As a result, house prices and rents have shot up so people are now paying 50 per cent (and more) of their disposable income on housing costs, which directly reduces their ability to spend in the economy. So once again, this has reinforced the slow growth in GDP and the Treasury received less taxes.  On top of this, sky-high rents mean that the housing benefit burden too has risen (from £12 billion in 2005 to £24 billion in 2016), thus increasing the financial deficit even further.

So apart from the longest recession in post war history what else was the result of this incompetent economic stewardship? The wealthy got wealthier from tax cuts and property price increases, while the poor got poorer from welfare cuts and increased housing costs. The ordinary person is worse off due to poorer public services (eg NHS, social care and education squeezes), lower interest rates on their cash savings and having to pay higher rents because they are being priced out of the housing market altogether.

Make no mistake – the rising inequality and difficult economic circumstances we keep hearing about were not inevitable, they are the direct result of policies made by the Blair, Coalition and Tory governments.

The Green Party policies will make a start to redress these issues: we will put spending power back into the economy through public services (e.g. restoring health, education and local authority budgets) and reversing cruel welfare cuts. Increasing the minimum wage to £10 per hour will also give spending power back to customers. We will create a 21st century economy by investing in public works programmes on alternative energy schemes and insulating nine million homes across the country, which will directly create a million jobs. The Green Party will stop the housing market merry-go-round so rising housing costs are no longer simply passed on to tenants to be underwritten by the taxpayer by increased housing benefit.

The Tory dogma of unregulated markets along with tax and welfare cuts have been extremely damaging to the UK economy and has created social division and increases in mental health issues. It is time to change the record and make a new start with policies that put the welfare of ordinary people ahead of adding further to the wealth of the privileged few.