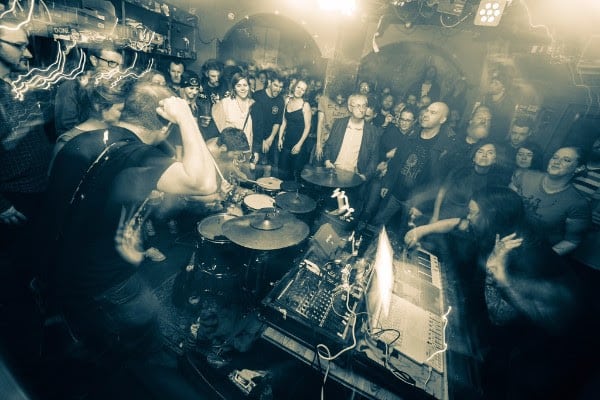 ArcTanGent Festival 2017 has revealed the final two bands for the line up, with both the mighty Ho99o9 and Shitwife being added to this years’ event.

From festival booker, James Scarlett – “Ho99o9 and Shitwife are genuinely two of the most mind-blowing live bands I’ve seen this year. Ho99o9 in particular are just something else – they were on the last The Dillinger Escape Plan tour and more than held their own, which is obviously not an easy task!”

ATG can also reveal that this year, it will also be holding it’s first ever acoustic stage, happening each night between 11pm and 2am, with the below bands all confirmed to perform:
Her Name Is Calla, Steve Strong, IORA, Penelope Isles, Circe’s Diner, Jasper Storey, Dottie, Maella, Atlas Wynd, Maddy Gregory, Orchards, No Violet, Fur, Living Body and New Luna

James Scarlett – “We’re very excited to announce that from 11pm to 2am every night we’ll be having some acoustic sets at ATG. It will be a nice alternative to the silent disco and don’t worry it won’t be a load of Ed Sheeran and Phil Collins covers either – think acoustic-math-rock and you’re closer to what we’re going for!”

The 2017 headliners, Converge and Explosions In The Sky, were announced exclusively on the Radio 1 Rock Show in January, which was met with unprecedented demand for tickets. These headline slots will constitute the only UK shows both bands will play this year, so get down.

Arctangent have also released the 2017 clash finder which can be found here.