In another Brexit story you couldn’t make up, a very lucrative contract has been agreed with a business that will run extra ferries if a ‘no-deal’ Brexit takes place, but has no ships,and has not previously operated a service. Seaborne Freight was one of three companies awarded contracts totalling £108m last week to lay on additional freight […] 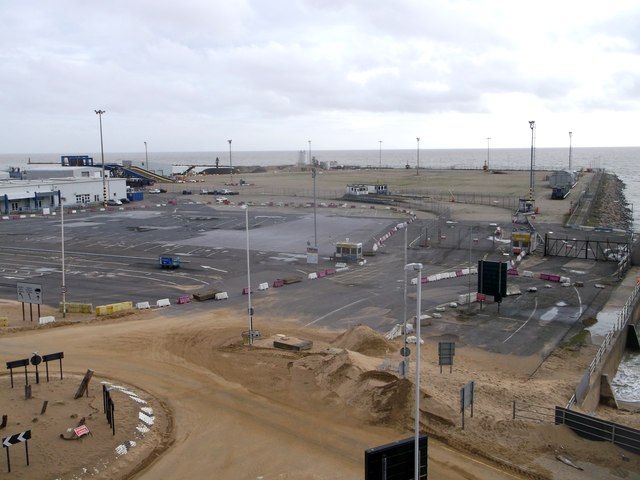 In another Brexit story you couldn’t make up, a very lucrative contract has been agreed with a business that will run extra ferries if a ‘no-deal’ Brexit takes place, but has no ships,and has not previously operated a service.

Seaborne Freight was one of three companies awarded contracts totalling £108m last week to lay on additional freight crossings to ease the pressure on Dover.

Seaborne’s contract is for £13.8m and they have defended themselves amid criticism it doesn’t currently have any shipping vessels.

The company aims to operate freight ferries from Ramsgate to the Belgian port of Ostend, beginning with two ships in late March and increasing to four by the end of the summer.

It said that a “development phase” included “locating suitable vessels, making arrangements with the ports of Ostend and Ramsgate, building the infrastructure, such as bunkering, as well as crewing the ferries once they start operating”.

Cllr Paul Messenger questioned whether the Government had carried out sufficient checks on the firm, telling the BBC: “It has no ships and no trading history so how can due diligence be done?

“Why choose a company that never moved a single truck in their entire history and give them £14 million? I don’t understand the logic of that.”

Labour MP Tonia Antoniazzi, a campaigner for a second referendum, said: “We know our ports aren’t ready for a no-deal disaster, but is hiring a firm that’s never dealt with this kind of thing before really going to help?

“This idea should have been sunk before it saw the light of day.”

A Department for Transport spokesman said: “This contract was awarded in the full knowledge that Seaborne Freight is a new shipping provider, and that the extra capacity and vessels would be provided as part of its first services.

“As with all contracts, we carefully vetted the company’s commercial, technical and financial position in detail before making the award.”

© Copyright David Anstiss and licensed for reuse under this Creative Commons Licence.