The main objective of the Conservative Party since 2010 has been supposedly to reduce the deficit but these proposals should show the public where the priorities of our next PM truly lie. 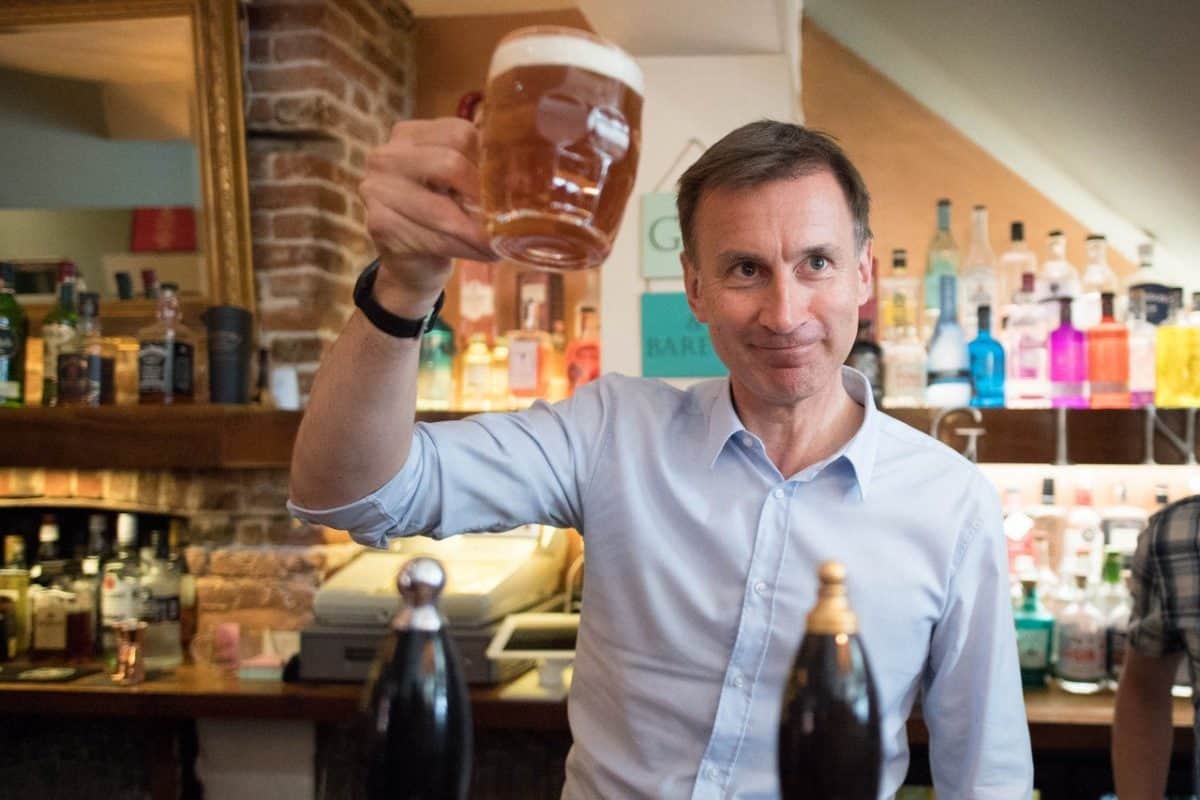 The Conservative Party have talked for a long time about the hard choices that politicians have to make regarding this country’s finances but now Tory members face a more difficult choice, deciding between two candidates whose plans make Labour’s look fiscally conservative.

Boris Johnson and Jeremy Hunt have equally ridiculous but very different, tax cuts planned for the wealthiest citizens. But the fact they are even proposing these policies should ask serious questions about their morality surrounding distributive justice. The policies stink of hypocrisy and will worsen our economic situation. The main objective of the Conservative Party since 2010 has been supposedly to reduce the deficit but these proposals should show the public where the priorities of our next PM truly lie.

Boris’ tax cuts have been his only substantial policy announcement during his campaign. Apart from when he’s at home, he has stayed quiet during the leadership campaign and the media have been more interested in his previous comments than his fiscal vision. A vision that is expensive and will mainly benefit the top 10 per cent of earners.

Johnson wants to increase the income tax higher rate threshold from £50,000 to £80,000. This would cost the taxpayer £9 billion a year and be a simple handout to high-income earners. While Johnson has said he is prioritising his other proposal of raising the threshold for National Insurance, this tax cut is an unnecessary and expensive piece of tax relief that will have zero positive impact on the economy as a whole and only benefit the top 8 per cent of earners.

While only 8% of people gain immediately perhaps a quarter will gain at some point in their lives, or live with someone who does. Incomes vary over lifetimes. pic.twitter.com/jpmp2VoArp

Boris’ tax commitments come to £20 billion, yet somehow, he is the fiscally conservative option in the race.

Jeremy Hunt has been trying to put distance between himself and Boris as the campaign has gone on and part of his pitch is styling himself as the ‘businessman’s PM’. However, by the looks of his proposals, he’s styling himself as the businessman’s puppet. Despite the fact Parliament has cut corporation tax twice in just over 10 years, Hunt wants to further reduce corporation tax to 12.5 per cent. His further spending commitments include a big rise in defence spending and raising the National Insurance threshold, commitments that would cost £65 billion, more than Labour’s entire manifesto.

Both candidates back increasing the national insurance threshold. Whilst it could be viewed as a good policy to decrease the tax burden on our lowest earners, it is a very expensive method as it is actually the highest earners who see the greatest benefit. A tax credits system would be a much more efficient method of relieving the tax burden on Britain’s working poor.

Hunt’s corporation tax cut would cost the taxpayer £13 billion, more than Labour’s pledge to abolish tuition fees, and have marginal positive economic effects. Hunt wants to reduce it to align it with Ireland’s corporate tax rate. It would seem Hunt is wasting no time turning Brexit Britain into a low tax, low regulation state. However, the economic benefits are minimal. After the last drop in corporation tax, Tax Research UK said: “there is no evidence at all that cutting the rate has brought jobs, growth or new corporation tax revenues to the UK”. Hunt’s policy may cause less corporations to avoid tax but it will not stimulate the economy. It is nothing more than a handout to the very rich.

The bigger problem with these policies, outside of the National insurance threshold increase, is they will not stimulate the economy. Labour’s policies may be expensive but their proposals will put money in the hands of people who will spend it, stimulating the economy. This cannot be said for the upper-class people and corporations who will be the main recipients of these tax breaks. It is more backwards and illiterate economic policy from the Tories who after 9 years have failed to increase the wages of the average British citizen.

I am not opposed to tax breaks when they serve good fiscal policy. In fact, with the ever increasing private debt in this country, it could be argued our economy is in need of lessening the tax burden on our lowest earner, they certainly need the state to aid in a boost in disposable income, but these policies are not designed for economic stimulation or to increase distributive justice. Paul Johnson, the IFS director said the policies are “little more than a random throwing of sweeties at the children.” But they are far worse. They are a direct handout to the rich, paid for by us.