Years of populist rhetoric will soon become cold hard truths, and there will be a stark absence of people willing to wave their tiny flags when reality bites. 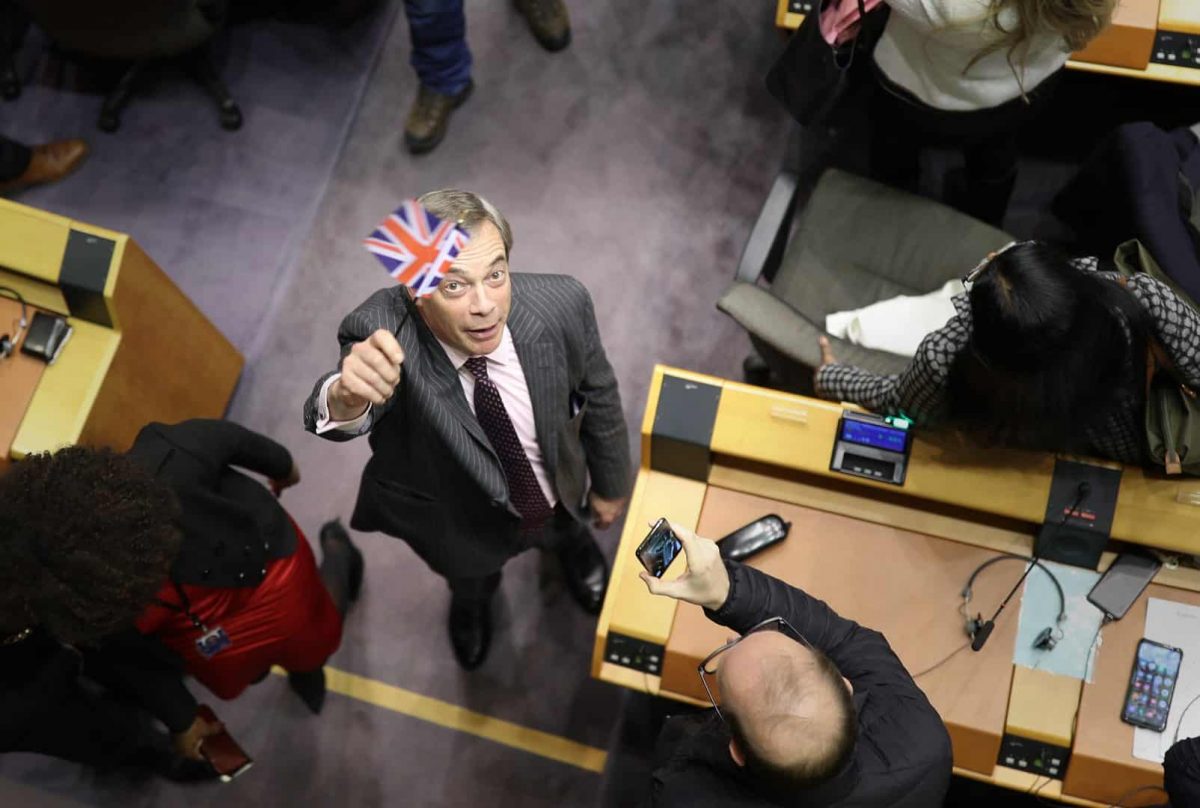 It felt quite fitting that Nigel Farage would make his unceremonious adieu to the European Parliament right after an Auschwitz survivor spoke.

For Britain’s far right figurehead this was his moment, and not even the holocaust would stop him waving his little flag in the face of a union designed to prevent such travesties from ever happening again.

It was not unlike Boris Johnson’s bid to ‘bung a bob for a Big Ben bong’ on Brexit Day. He realised like many other Brexiteeers that this is their day in the sun. Once it is over, they will have to actually action their short-term populist plan.

The chickens will come home to roost

But the chickens will soon come home to roost.

Promises of new and exciting trade deals will now have to be delivered, the spare cash we generate from our membership fees will have to be invested and a so-called golden era for Britain must be ushered in to avoid the whole project losing credibility.

Much of that is already unravelling.

Hopes of a post-Brexit trade deal with Australia were dashed at the start of the month after their government rejected a UK offer that included visa-free work and travel between the two countries, and there has hardly been a queue of other countries lining up to strike a deal.

On the immigration front, it looks increasingly like Johnson’s anti-immigrant posturing to win right-wing votes will quickly unravel given that their current economic model necessitates continued immigration to the UK.

Only an au revoir

While commentators such as Sir Robbie Gibb struck an optimistic tone in The Daily Telegraph today, writing that “things have changed and there is no turning back”, others have been more realistic.

Brexit co-ordinator Guy Verhofstadt said the departure of a country which had “twice given its blood to liberate Europe” was a “sad” moment.

He predicted, however, that the UK would eventually rejoin, with many British people deeply unhappy at the prospect of leaving.

“So this vote is not an adieu, this vote, in my opinion, is only an au revoir.”

Mr Verhofstadt also poured scorn on claims by supporters of Brexit that it would mean Britain recovering its sovereignty.

“What is in fact threatening Britain’s sovereignty most – the rules of our single market or the fact that tomorrow they may be planting Chinese 5G masts in the British islands?” he said.

If the early indications are anything to go by then the Brexit project looks likely to be doomed before it even takes off.

Years of populist rhetoric will soon become cold hard truths, and there will be a stark absence of people willing to wave their tiny flags when reality bites.

So have your moment, Brexiteers, because it is all downhill from now on.