The Lib Dem leader has doubled down on her opposition to Jeremy Corbyn becoming caretaker Prime Minister, as the party leaders agree to meeting to discuss blocking a no-deal Brexit. 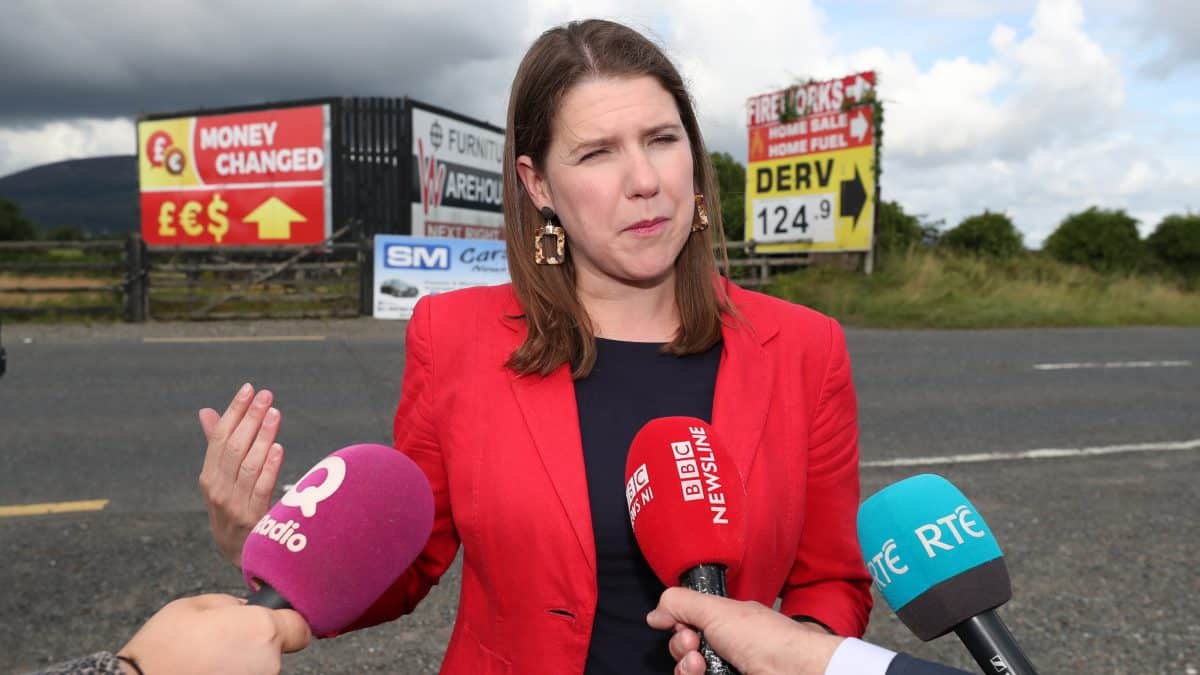 Liberal Democrat leader Jo Swinson who pledged that she ‘would do anything to stop Brexit’ has brought the country one step closer to a no-deal Brexit. She and her ally, Chuka Umunna have done that by removing Johnson’s political escape route from no deal.

As much we may criticise Johnson, he isn’t dumb and his own political reputation matters mrore to him than anything else. He knows a no-deal Brexit would be a catastrophe and he knows that once that carnage becomes clear it will politically destroy him and the Tories.

Johnson’s strategy from day one as PM as been to prepare for blame shifting. On the one hand he wants to show he would go for no deal and ‘do Brexit’ to shore up the Brexit side of the Tory vote.

At the same time he needs to politically hedge for the disaster no deal would be. He has two main options for a strategy to hedge blame away from himself.

The hedge is to blame the EU. He knows the EU can’t compromise on the backstop yet he’s made that a precondition for any talks. So if he goes ahead with no deal he’ll pitch it as ‘the EUs fault’ for not backing down to his impossible ask.

The second part of this will be to go full attack on May’s government. The carnage of no deal will also be put on May: i.e. she and others like Hammond, didn’t take no deal seriously, didn’t plan for it etc. Johnson will say he did his best to prepare but it was impossible to make up in a few months for what May didn’t do for two years. That way Johnson plans to sidestep blame for the damage of a no-deal Brexit by blaming the EU and May. He will then call a General Election on the basis of ‘make me strong, give a majority to deal with the damage and chaos no deal is causing. Need a full five years to deal with this.’

That will Johnson’s pitch for the General Election. Essentially: ‘Brexit isn’t finished, we need to make it work, I’m blameless for the mess and only I can fix it.’

Hedge 2: If Johnson decides against no deal

Like May did, Johnson may balk at what a disaster a no deal Brexit would be. However having very publicly set his stall out on Brexit at any cost including no deal, he can’t u-turn. If he did it would destroy him. So the hedge would be to blame Parliament: i.e. ‘I wanted to leave with no deal but they stopped me or sabotaged planning for no deal etc’. That would be his pitch for the General Election: ‘Brexit is still unresolved, I want to resolve it, give me a majority to do that.’

He would also use that as an excuse to ask for a delay for Brexit as a General Election would meet the EU’s criteria for an extension. He wouldn’t ‘fess up he didn’t want a no-deal Brexit but will pitch it as he wanted it but ‘Parliament stopped him’.

This is how Jo Swinson and Chuka Umunna have made a no-deal Brexit more likely. By effectively sabotaging a clear route from a Vote of No Confidence to a short interim Government headed by Jeremy Corbyn to halt Brexit for a General Election, they’ve made it even more difficult for Parliament to halt a no-deal Brexit.

And as well as that, they have taken Boris Johnson’s second hedge off the table: i.e. he won’t be able to hide behind Parliament and use MPs as an excuse for halting no deal. Having lost that, the only place where he has political cover left is the first hedge, i.e. let no deal happen and blame the EU and Theresa May. The irony of Swinson who pledged that she ‘would do anything to stop Brexit’ having brought the country one step closer to a no-deal Brexit is off the scale and should be remembered when it comes to a General Election.

READ MORE: Jeremy Corbyn invites party leaders and senior backbenchers from across Parliament to meet to discuss all tactics available to prevent No Deal.