Inside the right’s new identity crusade: from Brexit to lockdown. 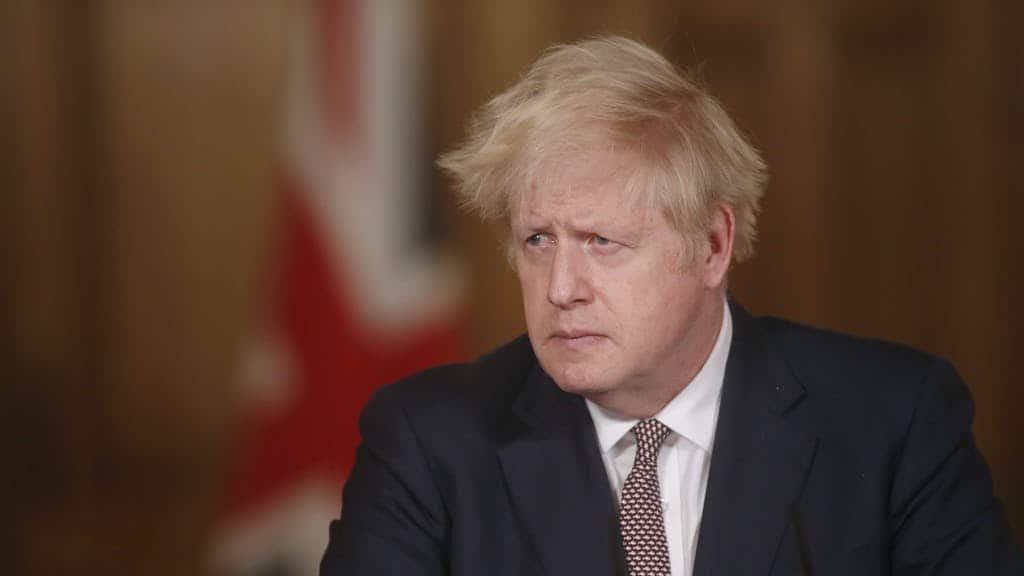 A new army of pundits is battling the establishment on behalf of our civil liberties. Too hot for the mainstream, many circumvent establishment media by using the internet and alternative radio.

But scratch beneath the surface and see that these champions of freedom are actually working for big business and wealthy investors who think that the BBC, ITV, and Sky are not right-wing enough. By featuring non-economic content designed to play on insecurities around identity, they use new media to attract working-class voters to right-wing parties.

The aim is to exploit cultural differences within left-voting demographics: gendered vs. neutral language, Leave vs. Remain, lockdown vs. open economy. People on the left of these issues are portrayed as “cultural Marxists” who trap freedom-lovers in an illiberal consensus. But who is behind the latest round in the eternal battle of ideas and what are their agendas?

When it comes to economic issues, majorities or pluralities of Britons want what the Labour Party has to offer. Fifty-one to 35 per cent agree that billionaires shouldn’t exist. Over 50 percent of voters support putting electricity, gas, mail, rail, and water services back into public ownership. Even pre-COVID majorities or pluralities supported rent controls and universal basic incomes. But the Tory-donating, Brexit-supporting uber-class of asset managers, hedge funders, and private equity firms do not want any of this.

These financial investors have their fingers in many corporate pies, including owning major shares in entertainment, hospitality, leisure, manufacturing, and retail; all of which have been crushed by the government’s handling of the COVID crisis. These investors want the economy to remain open, regardless of the human cost. But they have a problem: the public doesn’t. In March, 93 per cent supported lockdown. In October, 67 per cent supported a proposed two-week lockdown.

To counter public opinion, pro-Brexit multimillionaire asset manager, Richard Tice, and stock-trader millionaire, Nigel Farage, rebranded their Brexit Party “Reform UK.” Their latest agenda is ending lockdowns. As TLE pointed out, those who both oppose lockdown and support Brexit believe in their own notion of “liberty,” which is being exploited by today’s digital press barons. Their long-term agenda is to threaten to rob the Tories of votes by capturing working-class voters in a form of strategic blackmail to nudge Tory policies further to the right. They achieved this with Brexit and are continuing with COVID.

The New Culture Forum (NCF) was founded in 2006 by the journalist and UK Independence Party member, Peter Whittle. Early operators included former Conservative Central Office employee, Elizabeth Drury. The NCF said at the time that “the Right decisively won the important economic arguments. But in the so-called Culture Wars, the liberal Left have continued to dominate.”

To fight leftist ideas, the NCF was incorporated in 2010 and moved to 55 Tufton Street, a building owned by NCF Advisor and avionics entrepreneur, Richard E. Smith, whose HR Smith Group enjoys £20 million-worth of shares. Tufton Street is notorious for being the hub of climate-denying, pro-Brexit think tanks and big Tory donors. Ex-Chancellor Nigel Lawson’s Global Warming Policy Foundation is also located there, as was UK2020, a pro-austerity think tank co-founded by the Tory MP and climate sceptic, Owen Paterson, and advised by the NCF’s Tim Montgomerie, then-editor of ConservativeHome.com.

The NCF has come to prominence in recent years, with its pro-Brexit, lockdown-sceptical stance. In response to Black Lives Matter, it has pushed identity politics via a Save Our Statues campaign and promoted on YouTube celebrities and talking heads, including singer-actor Laurence Fox, commentator Melanie Phillips, and historian David Starkey.

While the NCF rails against “political correctness” and “left wokeness,” UnHerd takes a seemingly more intellectual approach, presenting itself as a sensible alternative to mainstream censorship by providing a “free speech” platform.

In 2017, Montgomerie, who is also co-founder of the Christian Conservative Fellowship, established UnHerd with the Tory peer, Sir (now Lord) Theodore Agnew, founder of the private equity firm Somerton Capital and the holdings company WNS. The initial website was unsubtle and included rightists like Lionel Shriver and Douglas Murray as columnists and guests.

Montgomerie quit a year later and under the direction of ex-YouGov chief digital officer,

Freddie Sayers, UnHerd’s mission was “to push back against the herd mentality with new and bold thinking, and to provide a platform for otherwise unheard ideas, people and places.”

The aim of UnHerd actually appears to be presenting a broad spectrum of ideas within an overarching right-wing narrative that generally supports Brexit and ending the national lockdown.

In 2018, UnHerd was bankrolled by the millionaire Sir Paul Marshall, former director of the trillion-dollar asset firm BlackRock and co-founder of the pro-Brexit, billion-dollar hedge fund, Marshall Wace, which made £50 million betting against companies in the early months of the COVID crisis.

UnHerd’s Paul Embery, who claims that the left hates the working classes,  has been featured on TRIGGERnometry, a YouTube channel with over 180k followers. The channel was set up by the right-wing comedian (yes, such things exist), Konstantin Kisin (whose website quotes endorsements from the Telegraph and Spectator) and fellow performer, Francis Foster. Kisin’s interviews seem to imply that the left’s efforts to censor speech in the interests of offended minorities, is akin to social control in his native Soviet Union.

TRIGGERnometry’s topics include: “Sex is NOT a spectrum,” “The West Must Defend Itself,” “Cancelled for Defending Colonialism,” “Cancelled for Criticising BLM,” and “Lockdown Was an Overreaction.” Guests include the usual suspects: Laurence Fox, Douglas Murray, Lionel Shriver, et al.

What can the left do?

In 2007, the billionaire Michael Tabor financed the new Global Radio corporation, which bought LBC and in 2014 rebranded it “Leading Britain’s Conversation.” Global is registered in Jersey and allegedly paid no corporation tax.

Using YouTube and other social media, LBC has expanded its reach to millions of Britons. Until this year, with the hiring of Natasha Devon and the Tory, Ruth Davidson, just one female, Shelagh Fogarty, regularly presented an LBC show (minus a weekly slot with PM Johnson’s sister, Rachel). The only regular, non-white presenter is the Corbyn-hating, Liberal Democrat candidate, Maajid Nawaz.

Most of LBC’s primetime is viciously anti-Corbyn, slavishly pro-Brexit, and lockdown sceptical. But Labour leader Keir Starmer’s media team had the bright idea of working with the enemy and getting Labour’s message out with a monthly Call Keir segment. Labour can adopt and expand such tactics. Hope also comes from the significant number of independent, left media that have blossomed online.

But if Labour is to win back working class voters from their spiral of apathy, it must mobilise communities with practical outreach projects to absorb them into the Labour cause. Without it, the vacuum will continue to be filled with right-wing propagandists masquerading as vanguards of liberty.