If the UK is truly committed to its vision of a “Global Britain”, it’s time to put its mouth (and its military) where its money is and implement initiatives aimed at effecting real, meaningful and long-lasting change in this troubled corner of the globe. 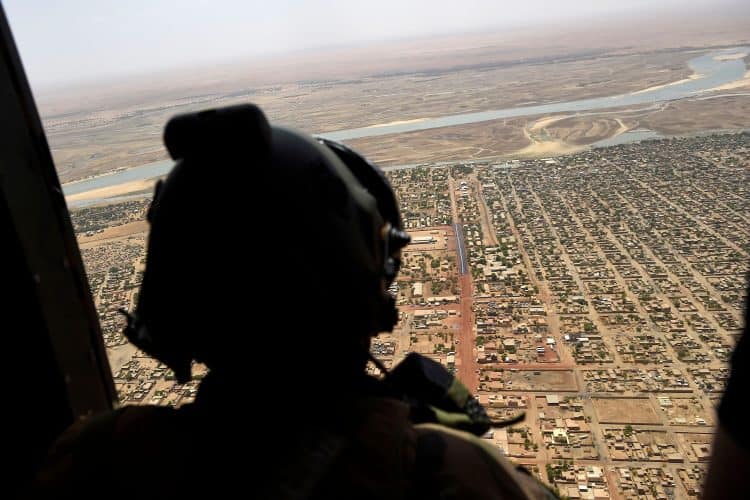 UK foreign secretary Dominic Raab recently announced that the British government will earmark £12.6 million to address the issue of terrorism in the Lake Chad Basin region. But although the pledge is certainly a step in the right direction, the UK must do more to shoulder its fair share of responsibility in combatting jihadist insurgency in Africa and engage constructively with key allies in the region.

Indeed, France has essentially been the sole Western nation taking an active role in stopping the Sahel from sliding into conflict and chaos for many years now. As warnings about the urgency of the situation pile up, and French president Emmanuel Macron lays plans to wind down France’s massive military deployment Operation Barkhane, it is high time for other G7 countries to step up to the plate. As vocal proponents of a so-called “Global Britain” in a post-Brexit world, the UK government must now engage in greater activity on the issue with its partners, both in Europe and in Africa.

Growing unrest in the Sahel region

Raab’s announcement about British aid comes at an opportune moment. In recent weeks, several senior figures have banged the drum about the growing threat level in the Sahel region, with the EU’s own counter-terrorism coordinator Gilles de Kerhove stressing the need to prevent the emergence of a “new caliphate” in Africa which would threaten Africa and Europe alike. His words echo those of US commander Stephen Townsend, who said that hostile forces, including extremist groups linked to ISIS and al-Qaida, were spreading “unabated” across the Sahel. Mahamat Idriss Déby, the four-star general at the helm of Chad’s transitional government, recently warned that his country faces a continued threat from the rebel groups which killed his father, longtime Chadian leader Idriss Déby, in April.

Despite almost unanimous agreement that the rise of extremist organisations in the Sahel is a danger to nations the world over if it is allowed to develop unchecked, the necessary forces are still not being marshalled to address it. Indeed, the US is currently conducting a force posture review which could see it dial down intervention in the continent in favour of targeting Indo-Pacific and Sino-Russian concerns, while the UK defence secretary Ben Wallace ruled out sending more troops to deal with the threat earlier this year. Even France, which has taken the initiative on countering Sahelian insurgency for many years now, is looking to bring its 5,100-strong Operation Barkhane to a close in favour of a more international and collaborative effort.

It’s not difficult to see why Macron’s enthusiasm for Barkhane is on the wane. After an initially positive intervention in 2013, when French and Chadian forces successfully prevented Islamist rebels from seizing Mali’s capital after a coup d’état, the conflict has become more entrenched, expensive and unpopular, both at home and abroad. The fact that Barkhane cost French taxpayers an estimated €1 billion in 2020, alongside the deaths of 57 French soldiers since its inception, caused support for the operation among French citizens to drop below 50% for the first time earlier this year.

Meanwhile, French standing in the Sahel has also fallen of late. There is some feeling in countries like Mali—likely kindled by foreign forces attempting to weaken France’s influence, including Russia—that Paris is operating under thinly veiled neo-colonialist motives. Cognisant that public support on both sides would be boosted by backing from other world powers and organisations, Macron is now seeking to pivot towards a more international approach towards countering extremism in the Sahel. A cross-continental Takuba Task Force is intended to replace Barkhane, though its troops as yet number just 600 soldiers, half of whom are French. Their placement front and centre at recent Bastille Day celebrations were a not-so-subtle nod to France’s allies of Macron’s desire for greater international support to address the crisis in the Sahel.

UK must do more

Dominic Raab’s £12.6 million pledge was a promising sign that London is ready to pay more attention to the fight against terrorism in the Sahel, but Britain should also ramp up its diplomatic efforts to engage with key allies on the ground. Taking a page out of Macron’s book could be beneficial to all parties here; the French president was the only European leader to attend Idriss Déby’s funeral and Paris became the first European government to welcome his son Mahamat Idriss Déby on a “friendship and working visit” this month.

Given that Chad has repeatedly proven itself as the most capable and committed of the Sahel countries in opposing terrorism and insurgency in the area, nurturing a positive relationship with its new leader is certainly a wise strategy, and Macron’s tête-à-tête with Déby seemed to benefit both Paris and N’Djamena. While Macron pledged fresh financial support for Chad, the two leaders also discussed the security situation in the Sahel at length and planned for the next summit between G5 Sahel heads of state. Mahamat Idriss Déby updated the French president on potential points of fragility in the region, and he and Macron hashed out some of the details of the planned reorganisation of France’s military presence in the Sahel.

This kind of collaborative engagement could serve a blueprint for a similar path for Boris Johnson, since it seems clear through French experience that throwing money at the problem won’t solve it alone. If the UK is truly committed to its vision of a “Global Britain”, it’s time to put its mouth (and its military) where its money is and implement initiatives aimed at effecting real, meaningful and long-lasting change in this troubled corner of the globe.