The biggest lie of the referendum is that this would all be simple, and it's one Boris Johnson continues to peddle today. 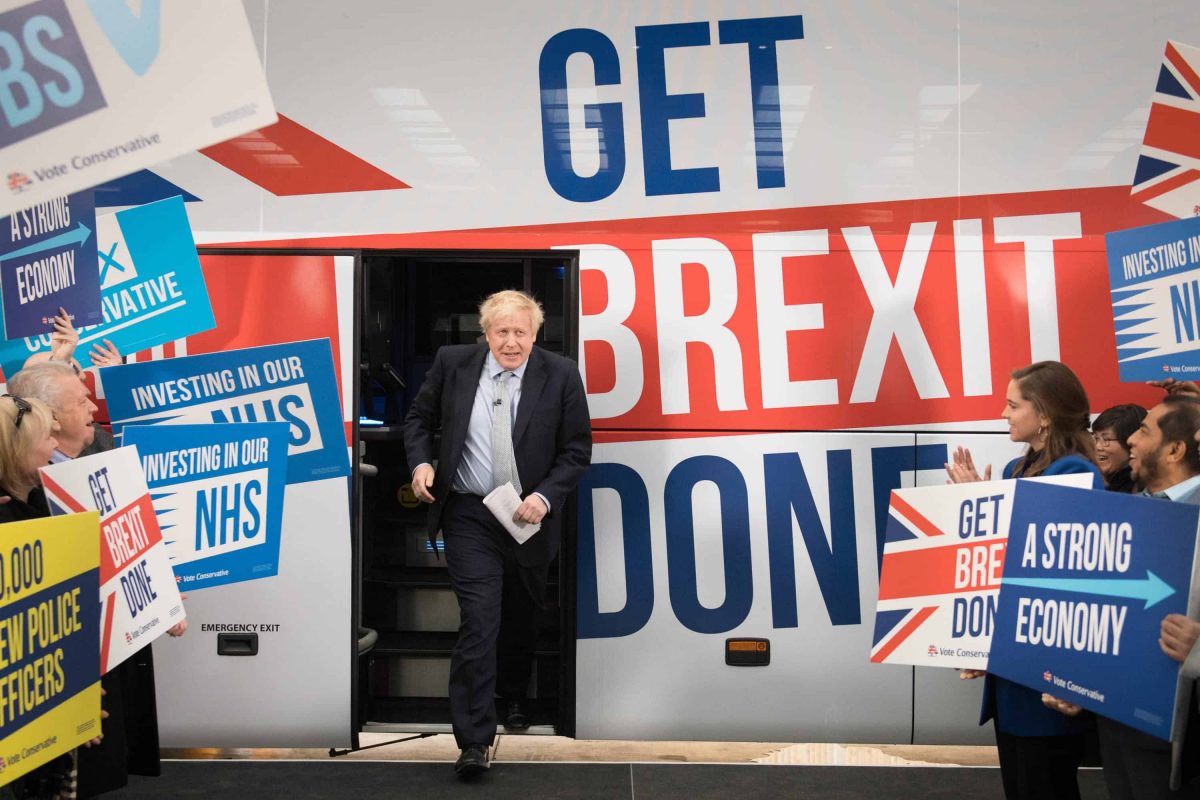 The notion that the Conservatives will “get Brexit done” by the end of January if they are elected into power is one of the biggest manifesto fabrications in political history.

With many Brits clearly fatigued by the process of leaving the European Union the idea of putting this to bed by the start of next year seems to be an appealing prospect if the polls are to be believed.

But what many don’t realise is that the referendum in 2016 was just the warm up. Giving parliamentary ascent to the Withdrawal Bill is the real starting gun.

The Withdrawal Agreement marks the start of negotiations on the future UK-EU economic relationship.

Boris Johnson has promised that a deal with our closest trading partner will be struck by December 2020, but in reality, most trade talks between advanced economies can fill the best part of a decade.

Of course, he will say that can be reduced because there is “perfect alignment and harmony” so there isn’t much to adjust, but that flies in the face of everything coming out of the EU.

Bare-bones or nothing at all

The European Union’s trade chief declared this week that Boris Johnson will only get a “bare-bones” trade deal next year – or none at all.

Sabine Weyand, the EU’s Director-General for Trade, said the transition period allows negotiators less than 12 months of talks which is nowhere near enough time for a full agreement.

The other alternative, Weyand said, is a no-deal Brexit exit at the end of the transition period, which will leave the UK out in the cold.

The most likely scenario is that the UK would extend the transition period to December 2022 and abide by all EU rules, but it’s something the prime minister has repeatedly vowed not to and hardly equates to “getting Brexit done”.

“So what about other trade deals?” You may say. Well, they are likely to be even more difficult to arrange.

So far, the UK has signed 18 “continuity” deals which look to replicate the EU’s trade agreements “as far as possible” with 48 countries or territories.

They include Central America, Switzerland, The Faroe Islands as well as the Eastern and Southern Africa.

But these deals represent about 8 per cent of total UK trade, and as a continuum of the trade arrangements we already have they are hardly the departure been promised.

What “getting Brexit done” really means is the ability to strike our own trade deals with big trading partners on our own terms.

For this, the oft-touted deal with the US has taken centre stage and for better or worse looks like the most realistic vision of what a ‘free’ post-Brexit Britain would look like.

But here’s the catch. Much of what the UK hammers out with the US hinges on its post-Brexit trading relationship with the EU, and that won’t be decided until December 2020 at the earliest.

And last we heard from President Donald Trump, he made it clear that Johnson’s Brexit plan would prevent the United Kingdom and United States from striking a trade deal at all.

In his enigmatic words, he said:

“To be honest with you, this deal, under certain aspects of the deal, you can’t do it. You can’t trade.

“We can’t make a trade deal with the UK because I think we can do many times the numbers that we’re doing right now and certainly much bigger numbers than you are doing under the European Union.”

Where does this leave us?

The reality of the Brexit vote in 2016 is that it was always going to take several years, even perhaps decades to conclude.

This underpins the biggest lie sold to voters at the time, that it was all straightforward, simple, breezy.

It is with a cruel irony that the instigator of that myth now travels across Britain in a bus emblazoned with promises to “get it done” when the reality couldn’t be further from the truth.

Whatever happens next month Brexit is nowhere near completed. That is the biggest manifesto con in political history.