From the newsletter: Boris Johnson's 'British Energy Security Strategy' is most notable for what isn't in it. 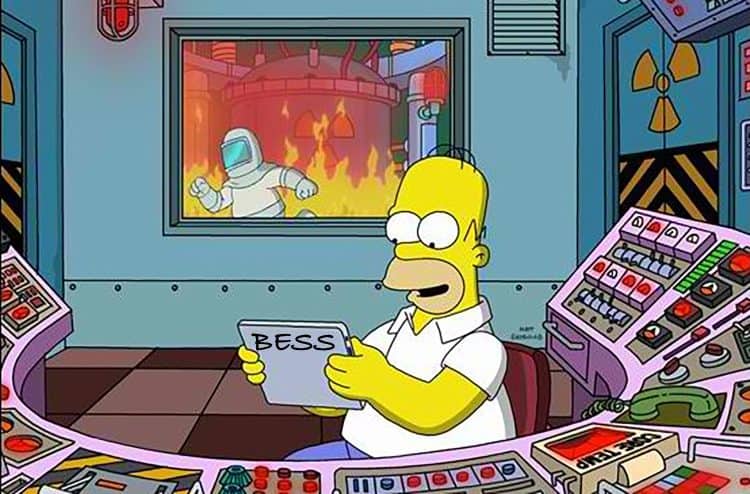 Good morning. BESS is no longer simply an emphatic way of saying the name of an underwhelming English off-spinner. It is now the byword for the government’s delayed (and then delayed again) plan to make the UK more energy independent. BESS – the ‘British Energy Security Strategy’ to you and me – arrived this week amid much briefing, wrangling and finger-pointing. The plan, announced by Boris Johnson a month or so ago and belatedly published on Thursday, comes at a time when Brits could scarcely be more energy conscious. Bills are soaring, Martin Lewis is crying on telly and Russian gas is stained with Ukrainian blood. There’s a looming climate apocalypse to worry about, too.

With that context in mind, you might have expected BESS to grab your attention, to bat its eyelids at you across a smoky bar, whisper sweet nothings in your ear and promise you the world. Alas, like its spin-bowling namesake, BESS leaves a lot to be desired. The aim is to accelerate UK energy projects – on nuclear, wind, solar and hydrogen – to reach a point whereby 95 per cent of our electricity is low carbon until 2030. Meanwhile, we’re going to ramp up North Sea oil and gas extraction in the short-term, to ease us through the current crisis.

There are vague promises to increase onshore wind generation, but no targets to accompany them. Likewise solar power. There’s a new body – Great British Nuclear – which will work on eight new nuclear reactors by 2030, with Johnson keen to have them supplying a quarter of Britain’s projected energy demand by 2050. “If we’re going to get prices down and keep them there for the long term, we need a flow of energy that is affordable, clean and above all secure,” the prime minister said. “We need a power supply that’s made in Britain, for Britain – and that’s what this plan is all about.”

What’s missing is anything on insulation and energy efficiency, despite polling suggesting that insulating homes is Britons’ top priority in any push to wean themselves off Russian gas. Polling by YouGov this week found that, while just 41 per cent of the public think the government should be getting fracking, a stonking 84 per cent believe insulation important. And with good reason. When it’s 0°C outside and 20°C inside, houses in the UK lose 3°C on average after five hours. That’s twice as fast as Italy, thrice as fast as Germany, and significantly faster than Sweden, Norway or Denmark.

A thorough programme of home insulation not only makes environmental sense (15 per cent of our greenhouse gas emissions are created in domestic settings), it could save households as much as £500 a year. You wonder whether the government would have been more willing to talk up insulation had Johnson not spent the autumn branding Insulate Britain’s road-blocking activists “irresponsible crusties”. But there’s a wider point here, too. As Labour has pointed out since BESS was birthed, the strategy does nothing for the millions of us already facing an energy crisis in the here and now.

This isn’t hypothetical anymore: we’re getting hurt today, and precious little is being done about it. Important-sounding nuclear stuff notwithstanding, reading about BESS leaves you with the feeling that this is a government talking to itself rather than taking the public’s temperature. That feeling is ratcheted up to the point of outrage when you think about Rishi Sunak: vetoing measures to ease the pain on struggling families while he and his tax-avoiding wife, non-domiciled in Downing Street, donate hundreds of thousands of pounds to one of the most exclusive and expensive boarding schools in the country.