From the newsletter: Westminster's new battle-lines have been drawn - and they look awfully familiar. 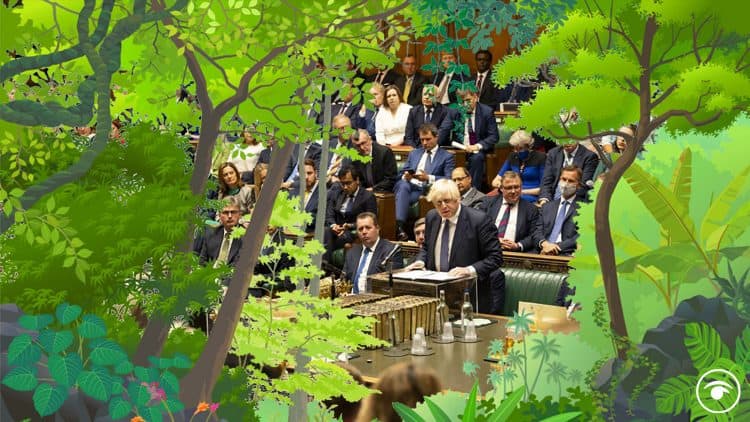 Good morning – and welcome back. Summer is over, September is here, and Elevenses has its feet back under the table. Let’s get down to business.

A new parliamentary term is underway in Westminster, and it feels more business-as-usual than fresh start. For all the talk that Boris Johnson had ushered in a new era of high spend, red-tinged Toryism, his administration is about to enact the biggest overnight benefit cut in British history. The £20-a-week universal credit uplift, introduced to aid low-income households during the pandemic, will be scrapped at the end of the month. Binning the uplift means a £5 billion hit for 4.4 million households containing 3.5 million children. Those impacted will lose, on average, five per cent of their income; a million or so households will lose 10 per cent.

Six million people will be affected by a cut so severe you have to go back to 1931 to find anything which comes close. No wonder Labour is joined by a host of Conservative backbenchers, every devolved government and Marcus Rashford in opposing it. Is it necessary? Not really. Even if you believe that ‘tough choices’ are really needed to ‘balance the books’, a bigger-than-expected economy means that Treasury borrowing has come in £26 billion lower-than-expected in the first four months of this year.

What else? Johnson will today unveil his long-awaited social care plan (the one he insisted had already been “prepared” in his first speech as prime minister, more than two years ago). The government’s intention is to raise National Insurance – a tax paid on earnings and the profits of self-employed workers – by 1.25 per cent. Unlike income tax, which rises when you start earning £50,000, National Insurance falls at that point, meaning the planned increase would have a significantly smaller impact on the highest earners. Rather than taxing wealth, the government wants lower earners and younger people to pay up. And it breaks a manifesto promise. Nice.

Back in May, in his response to Rishi Sunak’s latest Budget, Keir Starmer stressed that – soon enough, promise – the Tories would return to “business as usual”. Many, this newsletter included, scoffed. Sunak had, after all, just announced a raft of policies straight out of John McDonnell’s playbook – a new ‘Treasury North’ campus in Darlington, a national infrastructure bank in Leeds, a corporation tax hike. We wrote then that Starmer’s strategy was the political equivalent of sitting back with men behind the ball and praying for a howler. Days into parliament’s new term, could this be that howler?

Dominic Cummings certainly thinks so. He sees Johnson’s social care plans as “bad politics”, “bad policy” and “good news for Keir Starmer”. Taking on the National Insurance rise in particular is “such an open goal even I would be a bit surprised if Starmer kicks it over the bar”. So there we have it: politics is back, its battle-lines drawn. The cast may be different, the context unfamiliar. But in the Westminster jungle, a tiger rarely changes its stripes.