More than 5,000 civilians were killed in 2003 alone - almost all during the invasion of Iraq. 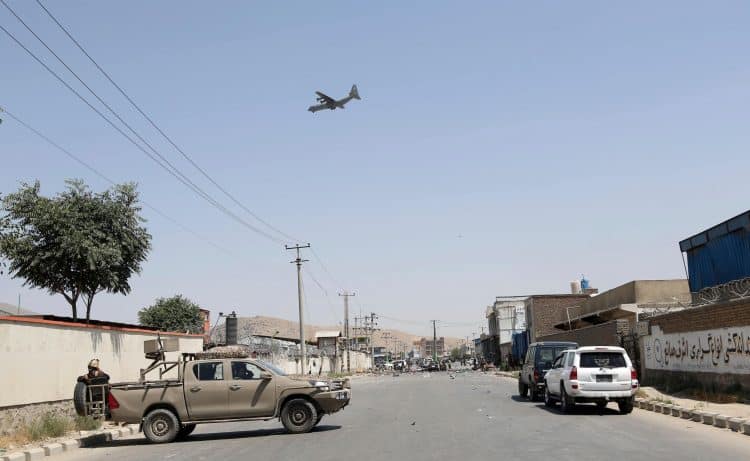 More than 22,000 civilians have been killed by US-led airstrikes in the US and Africa over the last two decades, conflict monitor Airwars has revealed.

Ahead of the 20th anniversary of the 9/11 attacks on the World Trade Centre and Pentagon, Airwars released its first approximation of civilian deaths in America’s “forever wars” – suggesting the figure could be as high as 50,000.

Since 2001, when the US launched its “war on terror” after the devastating attacks on New York and Washington DC, American actions have killed at least 22,679 civilians – and as many as 48,308, the London-based organisation revealed.

The shocking numbers take into account civilians killed during the occupations of Afghanistan and Iraw, as well as bombing campaigns against the so-called Islamic State in Iraq and Syria and targeted strikes in Libya, Pakistan, Somalia and Yemen.

The deadliest year was 2003, when at least 5,529 civilians were killed by alleged US strikes – almost all during the invasion of Iraq.

That is followed by 2017 – Donald Trump’s first year in office – when at least 4,931 civilians were killed in coalition bombing of Iraq and Syria.

Meanwhile Boris Johnson last night insisted he will do “everything possible” to help people flee the Taliban, while acknowledging hundreds of Afghans who assisted the UK remain in the country.

The prime minister confirmed that 311 people entitled to resettlement under the Afghan Relocations and Assistance Policy (Arap) are still in Afghanistan.

He added the government would also respond to emails from MPs asking for assistance by close of play on Monday, amid concerns that thousands of messages went unread during the crisis.

Johnson said the UK has “no direct information as yet of any increase to the threat” but pledged to make “every effort” to keep the UK safe.

Both the prime minister and foreign secretary Dominic Raab have been criticised over the withdrawal of foreign forces from Afghanistan and their response since the Taliban takeover.

More than 8,000 former Afghan staff and their family members were among the 15,000-plus people evacuated by the UK since 13 August.

But up to 1,100 Afghans deemed eligible, including those who worked with Britain and other vulnerable people, were estimated to have been left behind, though that figure will fall short of the true number the UK would wish to help.

Making a statement to the Commons, Johnson said: “Let me say to anyone who we’ve made commitments to and who is currently in Afghanistan – we are working urgently with our friends in the region to secure safe passage and as soon as routes are available we will do everything possible to help you to reach safety.”