Here’s a Pro Tip drawn from the world of sportswriting: If you are ever called upon to write a match report – and in football that means you file within ten minutes of the final whistle unless you want to discover just how loudly an editor can scream into a phone – always have two […] 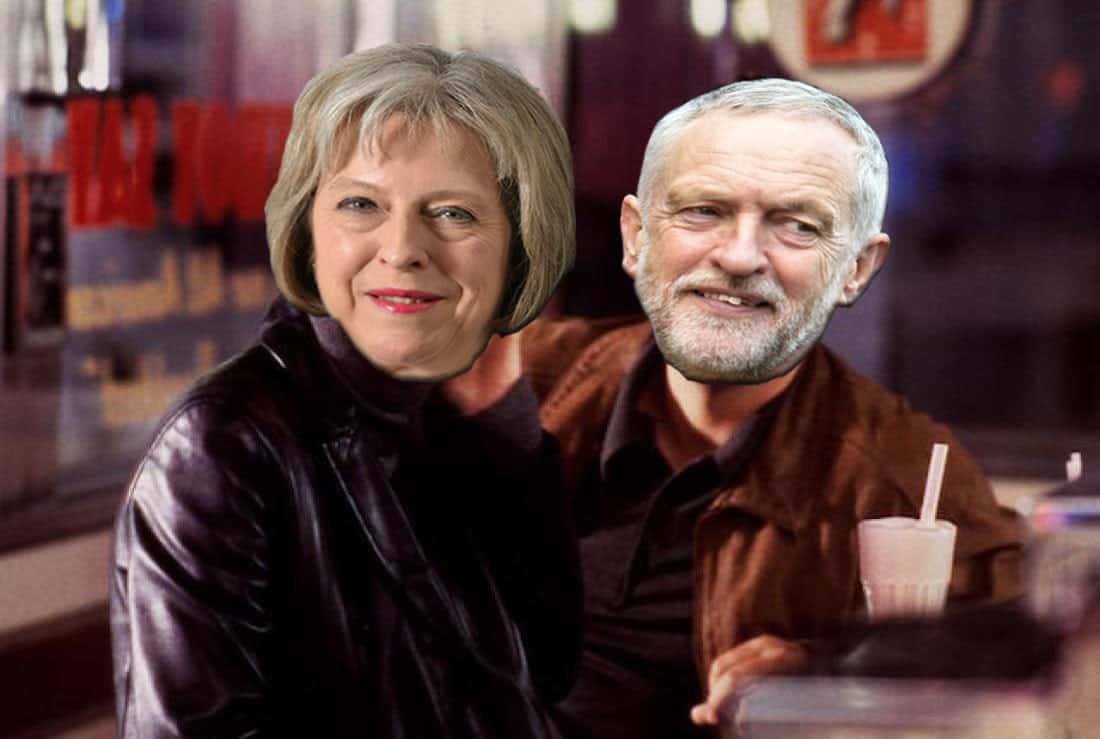 Here’s a Pro Tip drawn from the world of sportswriting: If you are ever called upon to write a match report – and in football that means you file within ten minutes of the final whistle unless you want to discover just how loudly an editor can scream into a phone – always have two versions of the story ready to roll by halftime.

Looking back at the Champions League final of 2005, still my fondest sporting memory in a life filled with them, I still wonder how many thousands of paragraphs of assured, even poetic prose about the haughty superiority of Carlo Ancelotti’s Milan were turned to deleted files after Liverpool turned a 0-3 deficit into a shocking, brilliant win in a penalty shootout. (Is there anyone in Manchester still reading this? Bueller … Bueller … Bueller?)

It is the exact same thing in politics. As I write this, precisely seven days away from the polls closing across the UK, absolutely no one knows what the result is going to be. The public opinion polls, as I immodestly predicted on these very pages, have closed the gap between the Tories and Labour. Do I think that Labour will close the deal, keep the momentum going (no pun intended), and eke out a shock victory with Jeremy Corbyn as Jerzy Dudek in disguise? Well yes, I do. True enough, I am a Labour supporter, however I have been on the losing side in enough elections in three different countries that I have learned the wisdom of never, ever, trusting one’s heart.

Weird things happen in the closing stages of election campaigns. Paris Peace Talks can be derailed (US, 1968), blunders can be made in Leaders’ Debates (Canada, 1984), Diane Abbott can be allowed near a live microphone (constant of the universe). And so, even though I have already shoved my next year’s rent onto a betting site, there is still a good chance I may be living in a tent. PS – if anyone has a guitar for sale and the chord chart to ‘Swing Low, Sweet Chariot’, I’m your boy. Just make sure the case is large enough to catch coins. Thank you.

It is all rather like Sliding Doors, isn’t it? Oh, come one, don’t look so sheep-like and naive and pretend you don’t remember! That was the 1998 movie whereby Gwyneth Paltrow at her Gwynethiest Paltrowest played a woman who led two entirely different futures based on whether or not she catches a train. We shall now pause for inevitable Southern Rail jokes. (deals three hands of solitaire) All done? Good.

Herewith and hereto, and hear hear let’s all have beer, we present the ledes for all the possible outcomes of June 8th. One of them will prove true; the rest, off to the bin. Allons-y!

The Conservative Party proved itself as ignorant and indeed arrogant of the cost of failure when it tonight fumbled a near-certain result into the hands of Labour. Just as the Brexit referendum, backed by the (then) Prime Minister, (then) Chancellor, and (then) Home Secretary failed, so too did an electoral campaign based on a ‘chuck and duck/now you see us now you don’t’ strategy of avoiding direct contract with either voters or their journalism representatives.Meanwhile, in related news, divorce proceedings against Philip ‘girls’ jobs’ May are … (con’t)

Jeremy Corbyn and Labour today stand atop a glowering volcano. Labour has proven to be the most popular in terns of seats won to the host of opposition parties. Yet, hard deals must be made. To what degree will Labour agree devolution to the SNP, Plaid Cymru or indeed Sinn Fein in order to secure stable leadership? It remains to be seen.Meanwhile, in related news, Foreign Secretary Boris Johnson is found in a side street bludgeoned by a kitten-heeled … (developing)

Ultimately, did any of it matter? Labour and Corbyn could be damned, yet what was the chance anyway that the truly conservative natural instincts of the voting public would ever turn their backs on their essential fright of risk -taking, as embodied by Elizabeth May? Meanwhile, in related news, Amber Rudd’s rumoured coup against the Prime Minister has been denounced as …. (developing)