By James Jirm Galgallo CAFOD’s Humanitarian Capacity Development Officer, based in Isiolo, Kenya I was born, brought up and married in northern Kenya, an area now stricken by the drought that has spread across the Horn of Africa. I grew up among pastoralists, who count their wealth in cattle, sheep, camels and goats, and move wherever […] 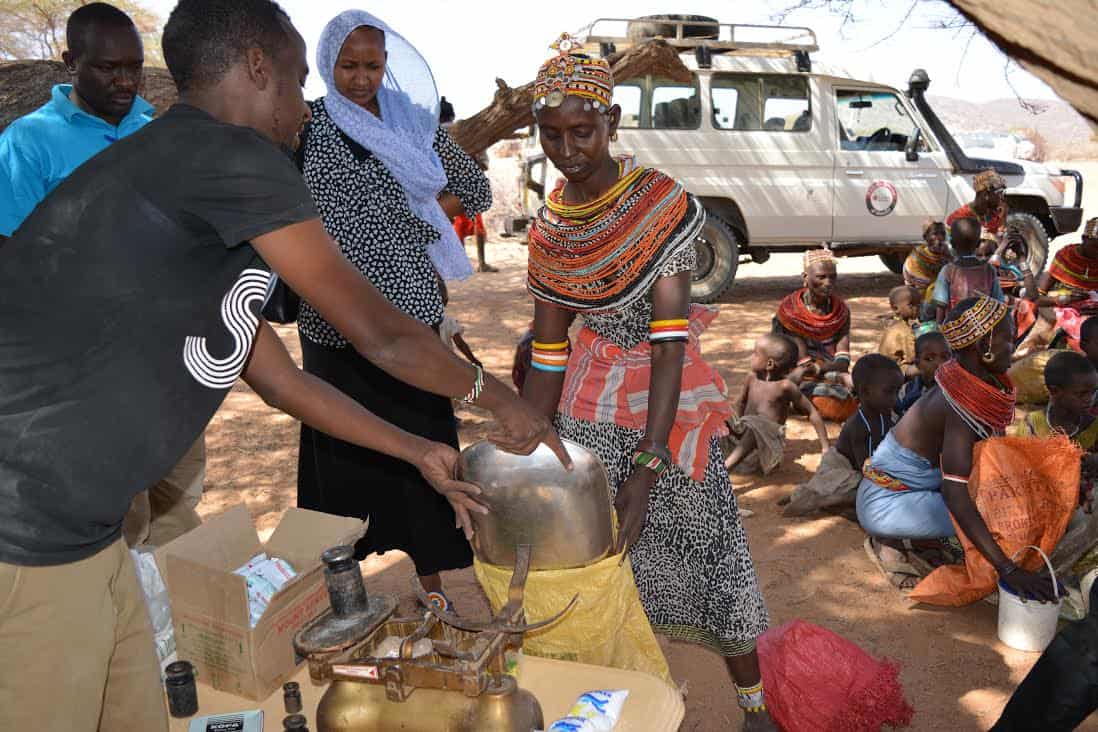 I was born, brought up and married in northern Kenya, an area now stricken by the drought that has spread across the Horn of Africa. I grew up among pastoralists, who count their wealth in cattle, sheep, camels and goats, and move wherever their herds can find food.

When you are entirely dependent on your livestock for survival, you have to be tough. To pastoralists, it is not drought unless there is no rain for three wet seasons, covering 18 months, but that is what has happened now. They need help, and are extremely grateful to Britain’s Disasters Emergency Committee (DEC) and its 13 agencies, of which UK aid agency CAFOD is a member, for their generous support – raising £50million – for people facing famine across East Africa.

But look at what happens when the herders receive food aid. They immediately share it with those who have helped them through hard times in the past; their approach is communal rather than individual. This, however, does not always fit with the way crises affected communities are instructed to use their food aid, because the food is issued on the basis of number people per house old per month.

It is difficult to provide essential facilities such as formal education to migratory people, and land in non-pastoral areas, is considered to belong to individuals rather than communities. When herders are driven by drought to move their animals on to farmers’ land, one can guess which side the authorities favour. Yet 80 per cent of Kenya is arid or semi-arid, and much of the land is suitable only for the rearing of livestock.

Instead of privatising land tenure and putting pressure on pastoralists to settle in towns, their way of life needs to be better understood, it is a sustainable livelihood. Some progress has been made – a tarred road from the border with Ethiopia allows herders to bring livestock and livestock products to market, for example. A national drought management authority in Kenya has assisted 22 arid counties to draw up County contingency plans. But due to lack of sufficient funds the plans have been gathering dust. A government ministry of Northern Kenya & other arid lands which was set up to develop northern Kenya was abolished after only four years.

For the moment, all efforts are being poured into overcoming this emergency. But when it is over, we need to prevent the impact of future droughts turning into a crisis, as there will be more droughts – they are now cyclical events, not a one-off event.

To minimise the effects of drought, communities must gain the capacity to cope, and the people themselves should be allowed to run the response. What they need is investment to promote pastoral livelihoods: better roads, modern marketing methods, sustainable water sources and more diverse ways of earning a living – a tannery would be one example. Now, anyone who wants to learn veterinary science or up-to-date methods of livestock management has to go to Nairobi. Higher learning institutions should be set up where the pastoralists live.

During a recent trip to assess the drought response, one elder said to me: “Waqi hark nama kesa nubasina,” (“Oh God, liberate us from man’s hands.”) He and his fellow elders wish and hope to get back to their way of life. They prefer to feed themselves, not be fed, to be independent, not dependent.