It has been more than three and a half years since Operation Protective Edge saw a one month bombardment that killed thousands of Palestinians and destroyed life-sustaining infrastructure across Gaza. However, for many affected the reconstruction has yet to truly begin. A recent report from the Brookings Institution shows that many Gazans who lost homes […] 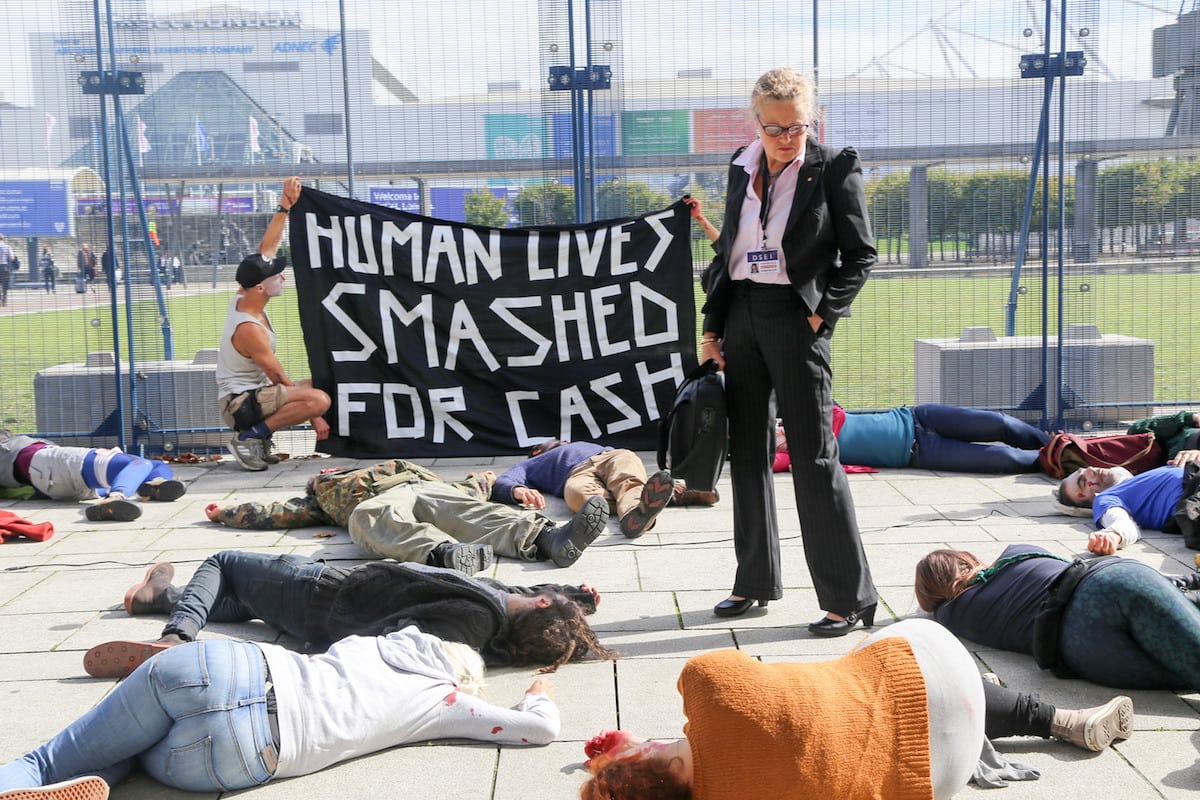 It has been more than three and a half years since Operation Protective Edge saw a one month bombardment that killed thousands of Palestinians and destroyed life-sustaining infrastructure across Gaza.

However, for many affected the reconstruction has yet to truly begin. A recent report from the Brookings Institution shows that many Gazans who lost homes are still living in shelters and other forms of temporary accommodation.

A 2017 report from the World Bank found that only one third of all aid monies, and 7% of building materials, earmarked for rebuilding Gaza had actually been delivered.

There is little doubt that UK arms and components were used in the destruction. A review by government at the time found 12 licences for arms which are likely to have been used. The aftermath of the bombing saw Baroness Warsi resigning from the Cabinet in opposition to the continued arms sales.

It wasn’t even the first time that the government has admitted to UK arms being used against the people of Gaza. Previously, in 2010, the then Foreign Secretary David Miliband admitted that Israeli equipment used in the 2009 attacks on Gaza had “almost certainly” contained UK-supplied components.

In both cases Government ministers have promised to look at all extant licences and see whether any of them needed to be reconsidered in light of the conflicts. Unfortunately nothing has changed. As soon as the bombings stopped it was back to business as usual for the UK government and the arms companies that fuel and profit from war.

New figures from the Department of International Trade show that the UK has licensed over £320 million worth of arms to Israel since the 2014 conflict. The licences include components for drones, combat aircraft and helicopters along with spare parts for sniper rifles. 2017 also saw a £183 million licences for ‘technology for military radars.’

There is a strong degree of military collaboration between the governments. For example, in 2005 the Ministry of Defence (MoD) awarded UAV Tactical Systems Ltd (U-TacS), a joint venture between the Israeli arms company Elbit Systems and Thales UK. The contract would ultimately be worth nearly £1bn for the development of the Watchkeeper WK450 drones.

The conflict has been back in the news recently, following a series of shootings at the Gaza border. 32 Palestinians have been killed by the Israeli forces in protests over recent weeks, with more than 150 wounded. Those killed include children.

They haven’t been shot by accident, it has been as a direct result of orders. As Israeli Brigadier-General (Reserve) Zvika Fogel admitted in a radio interview, “It is not the whim of one or the other sniper who identifies the small body of a child now and decides he’ll shoot. Someone marks the target for him very well and tells him exactly why one has to shoot and what the threat is from that individual.”

The appalling scenes we have seen over the last month are yet another stark reminder of the terrible repression and abuse that Palestinians are living under every day. By continuing to arm Israeli forces the UK isn’t just making itself complicit in future attacks, it is sending a message of support for the decades of collective punishment that have already been inflicted.

If weapons continue to be sold then it is only a matter of time before they are used again. The situation is desperate, and the UK should be using its influence and place on the world stage to work towards a peaceful and just solution, not pushing arms sales which can be used to carry out abuses for years to come.

Andrew Smith is a spokesperson for Campaign Against Arms Trade (CAAT). You can follow CAAT at @CAATuk.