Plastic particles that may be a threat to human health are being transported thousands of miles across the oceans in melted sea ice, according to new research. The once pristine Polar regions have become a ‘temporary sink’ for billions of microbeads from cosmetics, synthetic fabrics, packaging, paints and even cigarette butts. As the planet warms […] 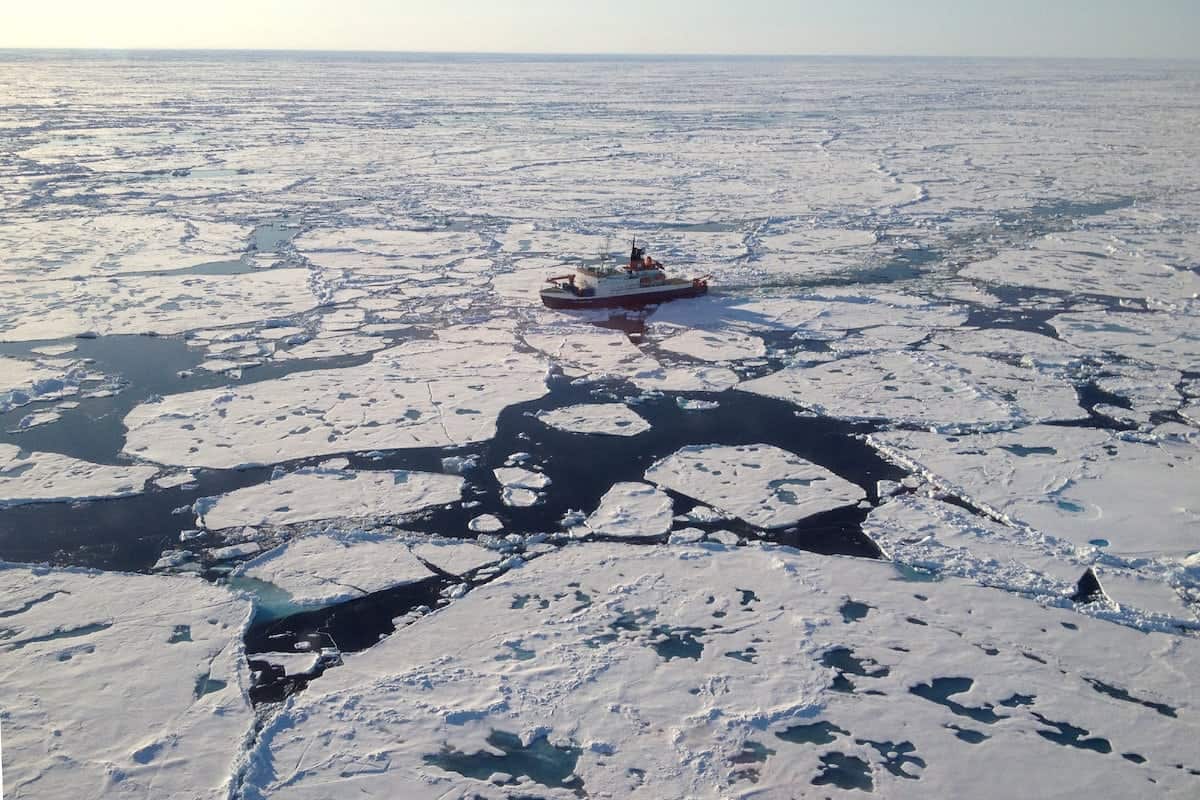 Plastic particles that may be a threat to human health are being transported thousands of miles across the oceans in melted sea ice, according to new research.

The once pristine Polar regions have become a ‘temporary sink’ for billions of microbeads from cosmetics, synthetic fabrics, packaging, paints and even cigarette butts.

As the planet warms up the toxic chemicals are released into the water to be consumed by marine life and, in turn, people.

Some are a sixth of the width of a human hair, small enough to be eaten by tiny creatures called ciliates and copepods that prop up the food chain.

Consumed by small fish that are then eaten by larger fish and mammals such as whales, plankton have been dubbed “Earth’s most important creatures.”

First author Dr Ilka Peeken said: “During our work, we realised more than half of the microplastic particles trapped in the ice were less than a twentieth of a millimetre wide, which means they could easily be ingested by arctic microorganisms like ciliates, but also by copepods.”

The discovery reported in Nature Communications was described by the researchers as “very troubling”.

Biologist Dr Peeken, of The Alfred Wegener Institute at the Helmholtz Centre for Polar and Marine Research, Bremerhaven, Germany, explained: “No one can say for certain how harmful these tiny plastic particles are for marine life, or ultimately also for human beings.”

Her team measured a record concentration of microplastic in Arctic sea ice samples, with the composition and layering even enabling them to identify their five regions of origin.

Alarmingly, they contained up to 12,000 particles per litre – up to three times more than previously believed.

Sources included the massive ‘garbage patch’ in the Pacific Ocean, while the high percentage of paint and nylon pieces pointed to intense shipping and fishing in parts of the Arctic Ocean.

The samples were gathered during three expeditions to the Arctic Ocean on board the research icebreaker Polarstern in the spring of 2014 and summer of 2015.

They hail from five regions along the Transpolar Drift and the Fram Strait, which transports sea ice from the Central Arctic to the North Atlantic – about 7,000 miles away.

A scanning device called an infrared spectrometer revealed heavy microplastic contamination – particles, fibres, pellets and other fragments with a length, width or diameter ranging from thousandths of a millimetre to under five millimetres.

A considerable amount of microplastic is released directly into the ocean by the gradual deterioration of larger pieces. But it can also be created on land by laundering synthetic textiles or abrasion of car tyres, for example.

This initially floats through the air as dust, and is then blown to the ocean by the wind or finds its way there through sewer networks.

In the first study of its kind the researchers revealed the true scale of the problem by bombarding microparticles with infrared light and using a special mathematical method to analyse the radiation they reflect back.

Depending on their makeup, the particles absorb and reflect different wavelengths, allowing every substance to be identified by its optic fingerprint.

Microbiologist Dr Gunnar Gerdts, in whose lab the experiments were carried out, said: “Using this approach, we also discovered plastic particles that were only 11 micrometres across.

“That is roughly one sixth the diameter of a human hair, and also explains why we found concentrations of over 12,000 particles per litre of sea ice – which is two to three times higher than what we had found in past measurements.”

Surprisingly, the researchers found 67 percent of the particles detected in the ice belonged to the smallest-scale category of “50 micrometres and smaller”.

Dr Peeken said: “We traced back the journey of the ice floes we sampled and can now safely say both the region in which the sea ice is initially formed and the water masses in which the floes drift through the Arctic while growing, have an enormous influence on the composition and layering of the encased plastic particles.”

In contrast, the scientists predominantly found particles from ship’s paint and nylon waste from fishing nets in ice from the shallow marginal seas of Siberia.

The researchers found a total of 17 different types of plastic including packaging materials like polyethylene and polypropylene along with paints, nylon, polyester, and cellulose acetate.

The latter is primarily used in the manufacture of cigarette filters. Taken together, these six materials accounted for roughly half of all the microplastic particles detected.

Dr Peeken said: “The sea ice binds all this plastic litter for two to a maximum of eleven years – the time it takes for ice floes from the marginal seas of Siberia or the North American Arctic to reach the Fram Strait, where they melt.”

But conversely, this also means sea ice transports large quantities of microplastic to the waters off the northeast coast of Greenland. It appears likely the plastic litter begins sinking into deeper waters relatively quickly.

“We recently recorded microplastic concentrations of up to 6,500 plastic particles per kilogram of seafloor. Those are extremely high values.”