Neville Lawrence and other victims of an undercover police officer who infiltrated and spied on murdered teen Stephen Lawrence’s family delivered a letter to Amber Rudd today, demanding that their concerns are listened to, and changes made, in the Undercover Policing Inquiry. Stephen Lawrence’s father was among a group of core participants in the inquiry […]

by Joe Mellor
in News, Opinion 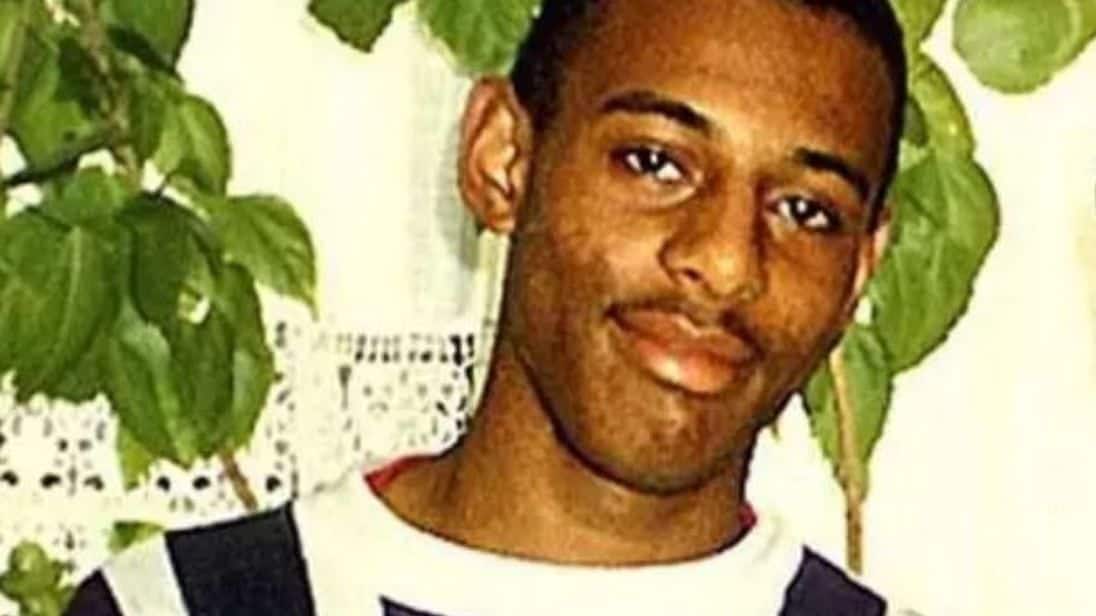 Neville Lawrence and other victims of an undercover police officer who infiltrated and spied on murdered teen Stephen Lawrence’s family delivered a letter to Amber Rudd today, demanding that their concerns are listened to, and changes made, in the Undercover Policing Inquiry.

Stephen Lawrence’s father was among a group of core participants in the inquiry delivering the letter at lunchtime today, to the Home Office in Marsham Street. They are demanding to an increasing amount of secrecy over the role of “skycops” who spied with impunity and little oversight on campaigners including the family of Stephen Lawrence and even Labour MPs.

They included Dr Neville Lawrence OBE and Sharon Grant OBE, as well as two of the women deceived into long-term relationships with undercover officers, ‘Alison’ and ‘Andrea’.

The letter asks Rudd to reconsider the appointment of additional panel members to this Inquiry, and to ensure increased disclosure of information to us, the ‘core participants’.

We are frustrated about the seeming shift towards secrecy, away from the open-ness and transparency promised in the past.
Previous letters have gone unanswered for months, and we are not satisfied by the answers we’ve had so far. We have asked Rudd to respond to this one within twenty one days (ie by Tuesday 15th May).

Sharon Grant OBE said today: “Three years have passed since Peter Francis disclosed that Bernie and other Labour MPs were spied upon and yet I am still no closer to knowing who carried out that spying, who authorised it and why they did it.

A considerable amount of money has been spent on this inquiry as officers argue for their identities to be withheld but all of that will be wasted if this inquiry fails only for another inquiry to be established under a future government.

Most of the MPs spied upon were Labour MPs, many of the campaigns Bernie worked on focussed on anti-racism and exposing police misconduct and I fear this Conservative Home Secretary has a vested interest in shielding the truth from public scrutiny.

I am becoming increasingly disappointed, exhausted and mistrustful and unless a panel of experts is appointed I have little faith in the Inquiry identifying how institutional racism and political bias impacted upon police spying operations. Without such a panel – similar to the one which was so effective in the Macpherson Inquiry – the Undercover Policing Inquiry will likely obscure further what it was meant to open up to public gaze.

I therefore call on the Home Secretary to do the right thing and appoint a panel without delay.”

This was echoed by ‘Alison’, who spent five years living with a man she knew as ‘Mark Cassidy’, finally confirmed by both the Inquiry and the Metropolitan Police Service as Mark Jenner, aka ‘HN15’:

“It’s obvious to core participants that at the heart of this inquiry are the politics of race, sex and class. If we’re ever to get to the bottom of what’s been allowed to happen with undercover political policing in this country, we need an inquiry led by people with sensitivity, experience and real understanding of these issues”

“The Inquiry needs a panel of advisers who have sufficient expertise and diversity to be able to recognise and challenge sexism, racism and police malpractice. As a priority, it should release the cover names of all officers and the files they compiled on activists and campaigners. It should release the names of all groups about whom information was gathered.

If those who have abused their power are to be held to account and the scale of political spying in this country is to be exposed, the Home Secretary needs to act. It is in the public interest for this Inquiry to have the confidence of its core participants. Without transparency, how can the extent of the wrong-doing be understood? How can lessons be learned? And most importantly, how can human rights abuses perpetrated by covert police units be prevented in the future?”

‘Andrea’, who is still waiting for the Inquiry to release the real name of ‘Carlo Neri’, the officer who infiltrated her life and even proposed marriage to her, said:

“We have lost faith in the Chair and do not believe he can continue to lead this Inquiry alone. We believe that there needs to be a panel appointed with the relevant expertise to investigate thoroughly what has happened, not just one judge. We are especially concerned, as victims of institutional sexism, that Sir John Mitting’s recent comments on relationships have shown him to be desperately out of touch.”

Dr Neville Lawrence OBE was also in attendance said: “I have grave concerns about how Chairman Mitting has been handling the anonymity applications by police officers, consistently granting them anonymity after hearing evidence behind closed doors and disclosing almost nothing to the lawyers representing the victims of police spying. Even senior officers who could give evidence about whether my family or I were spied upon have been granted anonymity, meaning they will give their evidence behind closed doors, shrouded in secrecy.

“This completely undermines my hopes for this Inquiry when it was set up after Mark Ellison QC made his findings. In 2014, the then Home Secretary, Theresa May, said only a public inquiry will be able to get through the full truth behind the matters of huge concern contained in Mr Ellison’s report. This is starting to look like anything but a public inquiry.

“If I do not have the cover names of people who were involved in undercover spying operations, I have no way of knowing for myself whether my family, my friends and I were victims and I will be unable to assist the Inquiry in getting to the truth. The Inquiry will be unable to consider anything except the views of the police whose actions they are investigating.

“I feel that Chairman Mitting is so far removed from the experiences of those who have been victims of undercover policing that he should recognise the need to sit with a panel of experts. His recent comments in court reveal that he just doesn’t get it, and in my view, there is a risk that this will lead to an unfairness to the victims. I call upon the Home Secretary to reconsider her decision not to require the Chair to sit with a panel, as has been requested time and time again by the lawyers for the victims of police spying, or to recuse himself.”