A patronising tour of working class culture or a helping hand for community businesses? That is the debate following a recent “safari tour” of London chicken shops organised by the union at Goldsmiths University in Lewisham. According to the Evening Standard around 50 Goldsmiths students attended the Chicken Run event on Monday, visiting fast food outlets in […] 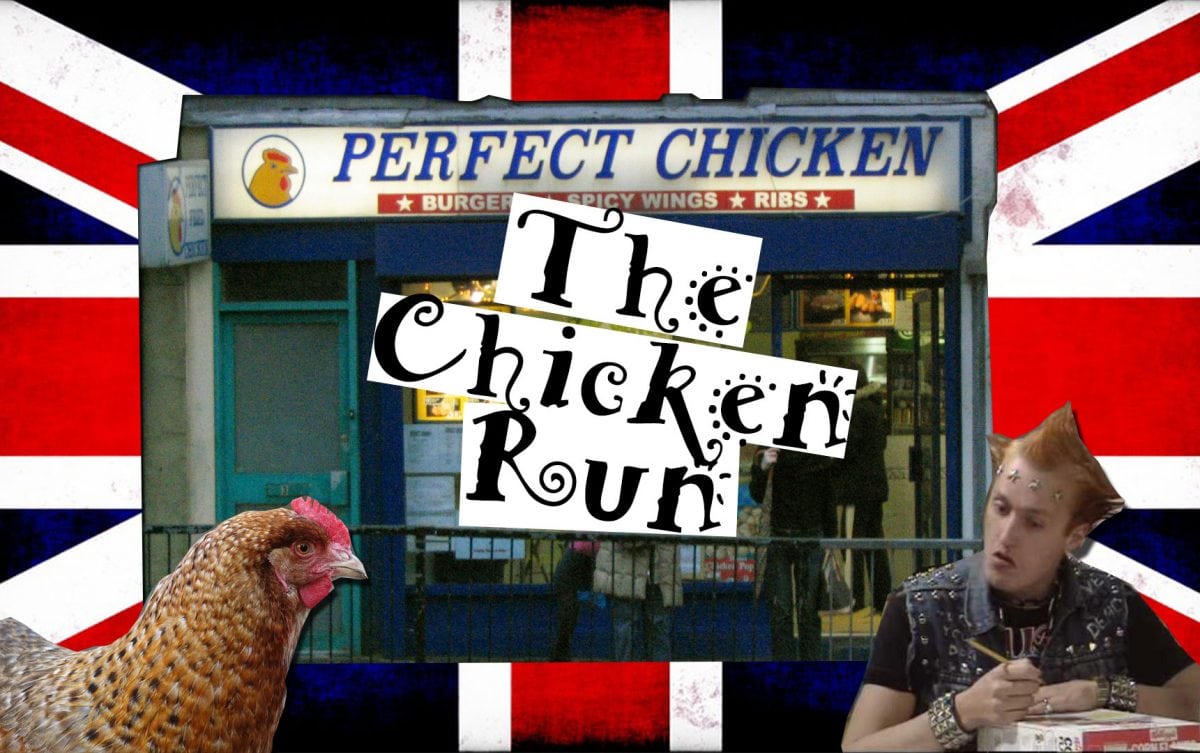 A patronising tour of working class culture or a helping hand for community businesses?

That is the debate following a recent “safari tour” of London chicken shops organised by the union at Goldsmiths University in Lewisham.

According to the Evening Standard around 50 Goldsmiths students attended the Chicken Run event on Monday, visiting fast food outlets in New Cross including PFC, Morleys, Gateway and Chick Chicken.

Although organisers say the event was created as a response to gentrification in the local area and wider London, encouraging students to engage with and support the local community and local businesses, many have branded it an exotification of local working-class culture.

But which side do you stand?

Middle class people wanting to periodically live working-class lives has long been part of the student culture, and this tour will get no awards for originality by going where the likes of Pulp and The Young Ones have been before.

The branding has done them no favours either. A “safari tour” evokes connotations of people sticking their head out of a car window at safe distance from the spectacle to see what’s going out. It suggests a one-off blip in the name of fun rather than an ongoing commitment to local businesses, and it’s downright degrading to boot.

She told the Standard: “Today I became aware that the student union is offering ‘chicken shop tours’ and I can honestly say that this is one of the most pretentious messes that I have ever seen in my entire life.

“I am beyond disgusted and appalled that the student union would think it appropriate to parade its new (typically non POC typically middle class) students through Lewisham as if it is a safari tour.

“This is an issue that needs to be addressed with urgency, as I’ve seen the SU mess up situations like this before and this is the type of nonsense that leads to diverse students not wanting to attend Goldsmiths.”

A helping hand for community businesses

But what’s a bit of fun after all? Students have been drinking in local pubs and eating fried chicken since time began, and most proprietors will be glad of the business, so why are we taking aim at the union when all they’re trying to do is help local enterprises as they face increasingly tough operating conditions?

Not only do they have to compete with global eateries such as KFC, which has a smattering of outlets in the nearby area, there is also the issue of gentrification, which is similarly widespread.

As Goldsmiths University Students’ Union point out: “The Chicken Run event was created as a response to gentrification in the local area and wider London, encouraging our students to engage with and support the local community and local businesses.

“With a raft of local BME-owned businesses recently shutting down, we want to encourage our students to engage with these companies rather than the growing number of chains that are changing the face of South East London.

“A huge diversity of students attended the event, from international students to commuter students from other parts of London, and it was extremely encouraging to see so many different students keen to engage with and support BME-owned businesses in the area.

“The event was led by our full time officers who are black and minority ethnic, whose major projects this year include the Black Businesses of Lewisham scheme, working to promote local community ventures run by black business owners.

“This scheme and others will continue work with these businesses and the community, to showcase, support and signpost Goldsmiths students to them.”