They say “it can’t happen here,” but over the years the Conservatives have been undermining democracy. 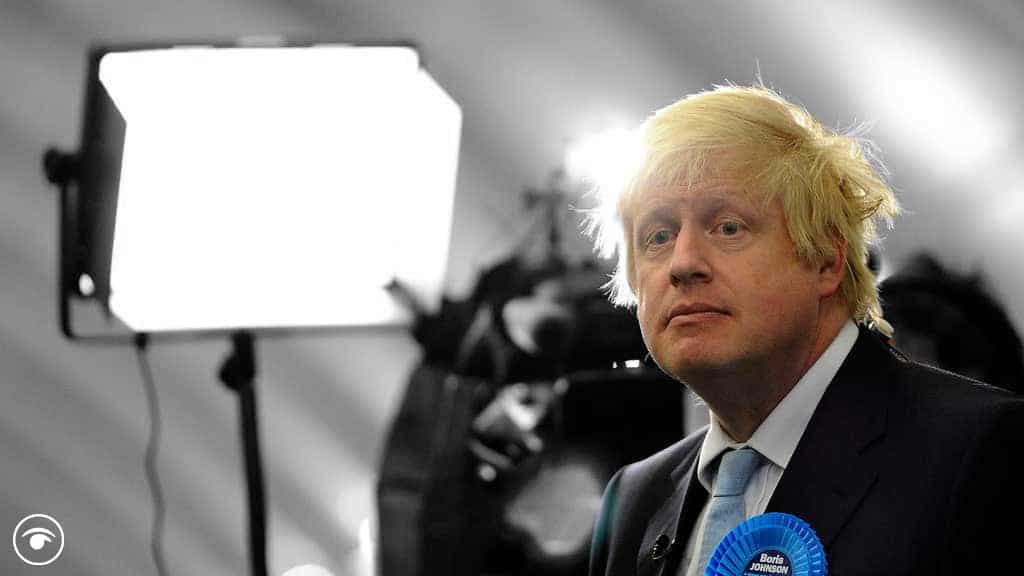 Britons now need ID to vote. Police can arrest demonstrators they deem “annoying.” Boundary changes will give the Tories more Parliamentary seats. The state broadcaster and regulator are falling under right-wing control. Combined, these elements set an anti-democratic precedent.

But where did it begin?

Britain has always had elements of authoritarianism. It is a constitutional monarchy before it is a parliamentary democracy. The Royal Prerogative means that the monarch can and sometimes does override Parliament.

The Parliament is not wholly representative. For instance, in 1951 Labour got 0.8 percent more votes than the Tories, but the Tories got more seats. Lack of proportional representation means that in 2017, for instance, Labour under Jeremy Corbyn had just two percent fewer votes than Theresa May’s Tories, yet ended up with 56 fewer seats.

It is tempting to point the finger at PM Johnson alone, but building on this history Theresa May tried to take executive control of Brexit and subsequently handled the Parliamentary deadlock by addressing the public in a manner that pitted them against their elected representatives. May’s was the first government in history to be held in contempt of Parliament over its refusal to publish legal advice.

By 2019, more than half of Britons supported “a strong leader … willing to break the rules.” Against this background of growing public support for autocracy, Brexiteers turned their agenda into a religion, with gods who cannot be seen or touched replaced with vague notions of “sovereignty” and “freedom.” As far-right groups flocked to join the Tories, member polls suggested that a majority would rather see the end of both their party and the UK as a whole than sacrifice Brexit.

In this milieu of extreme irrationality, Tory authoritarianism solidified under Johnson.

Making it harder to vote

The Tory manifesto 2019 pledged to impose voter ID, despite there being three fraud convictions in 2019 and one in 2017-18. But voter ID is a crude weapon against elements of the public that usually vote Labour.

Around 3.5 million Britons do not have photo ID. The Equality Trust points out that, as with travel and passports, drivers’ licenses are only relevant for people who can afford or are able to drive. Most of the un-documented are eligible to vote and are disproportionately poor, working class, and/or from minority backgrounds, including elderly, young, and people with disabilities.

Pilot schemes at local elections launched under Theresa May saw hundreds of voters not only turned away for lacking ID, but not returning again to vote. In the US, which has a long history of voter suppression, several groups including the American Civil Liberties Union, Southern Poverty Law Center, and Commons Cause, spoke out against the Tory government’s plans. Labour MP David Lammy said at the time that it was “a blatant attempt to rig the system and disempower poor and marginalised groups.”

In addition, boundary changes are expected to boost Conservative numbers. The Parliamentary Constituencies Act 2020 is based on Tory-Liberal coalition plans from 2011 and failed efforts by Theresa May’s government to artificially boost the number of Tory seats in Parliament. The anticipated changes will hand them an extra 1 percent of the vote. But, as noted above, due to the unjust structure of the system, this is likely to result in 10 extra Tory seats.

Democracy requires a free media that challenges power. Yet, the BBC’s anti-Corbyn, pro-Johnson bias was transparent.

In 2017, the BBC Trust said that its political editor Laura Kuenssberg breached journalistic rules by inaccurately reporting Corbyn’s views on shoot-to-kill two years’ earlier. In 2019, Kuenssberg was accused (she and the BBC deny it) of breaking electoral law by announcing results early. Newsnight had previously portrayed Corbyn as a Soviet against a Kremlin backdrop. Controversy over the photoshop was diverted to the less important question of whether the BBC had altered an image of Corbyn’s hat. The BBC also framed Corbyn’s plan for free WiFi as “Broadband communism” and presenter Emma Barnett later asked Shadow Education Secretary, Angela Rayner:  “Would [Labour] nationalise sausages?”

Contrast this with the BBC editing out the Question Time audience’s laughter at Boris Johnson when the programme was repeated, as well as the broadcasting of old footage of Johnson laying a wreath on Remembrance Sunday because in 2019 he had laid it upside down.

BBC Director-General Tim Davie is an ex-Tory councillor and former deputy chair of a local group.  The new chair, Richard Sharp, has donated £416k to the Tories since 2001, directed the right-wing Center for Policy Studies, and spent two decades with the US banking giant, Goldman Sachs, reportedly working with Rishi Sunak. Already, Nish Kumar’s comedy show, Mash Report, has been cancelled. Anonymous source say the cancellation is due to the show’s alleged left-wing bias.

Johnson requested and is reportedly set to appoint long-time Daily Mail editor, Paul Dacre, to run the media regulator, Ofcom. In this context, it is even more disturbing that foreign hedge funds are backing a new Fox News-style channel, GB News, designed in part to appeal to northerners by framing the left as the cultural enemy of the working classes.

In July 2019, Johnson appointed as Home Secretary Priti Patel, who has expressed support for the death penalty. Two months later, the Tories sent a chilling signal to the public by getting PM Johnson to speak in front several rows of newly graduated police cadets, one of whom fainted in the heat after Johnson kept them waiting an hour. West Yorkshire Police Chief, Constable John Robins, expressed “disappointment to see my police officers as a backdrop to the part of the speech that was not related to recruitment.”

In addition to using children as spies, the Covert Human Intelligence Sources (Criminal Conduct) Act 2021 permits agents to break the law in unspecified ways. Amnesty International describes the Act (then a bill) as “deeply dangerous.” The cross-party group JUSTICE quotes former CPS director, Ken Macdonald: “[u]nder this bill it will be easier for a police officer to commit a serious crime than to tap a phone or search a shed.”

In addition to outlawing serious disruption, the Police, Crime, Sentencing and Courts Act will outlaw demonstrations that cause “annoyance” as well as single-person protests that create “noise.”

The Act comes as the Ministry of Justice pilots a scheme to make violent offenders where GPS tracking devices for 12 months after release from prison. The Tories’ authoritarian posturing is extending into politics. As emergency powers under COVID law are set to be extended by another six months, the government is threatening to take control of Liverpool’s Labour-majority City Council, following the arrest of Mayor Joe Anderson, apparently on spurious corruption charges.

For every action there is an equal and opposite reaction. The first couple of years of Corbynism (2015-17) terrified the establishment, because working people nearly had a voice in government. Against the backdrop of progressive populism, the state has weakened itself by turbo-charging neoliberalism and fracturing the United Kingdom with Brexit. To regain control, the Tories have chosen the authoritarian route.