Without an authentic promise of change, those most desperate will continue to choose an illusory revolution offered by Fascists.

by Clive Darwell
in Opinion 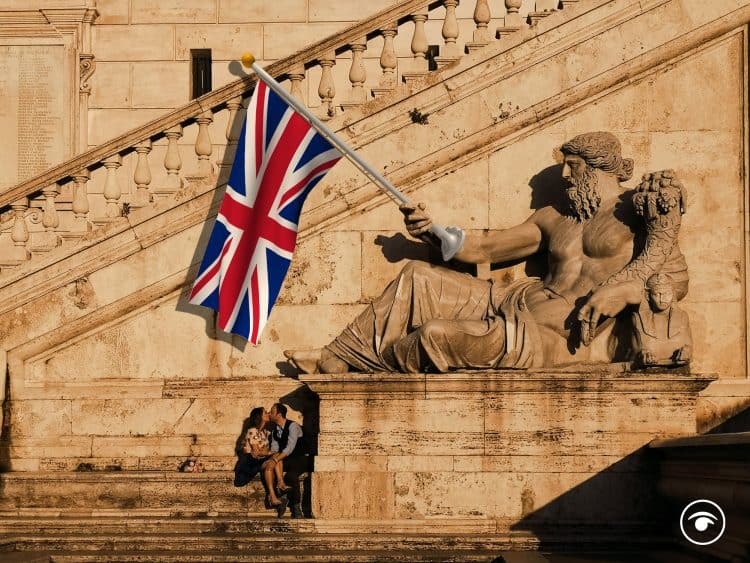 In the standard form, Greek tragedy presents a heroic protagonist driven by overwhelming passion to execute or prevent a dramatic event. However, desire typically corrupts their principles and judgement to hasten the unfolding disaster.

For the ancient Greeks, the unravelling catastrophe of the theatre gave stark warning regarding the manner in which day-to-day life was conducted: rationality and adherence to principle should take precedence over the discombobulating passions generated by the most fearful of imagined futures.

Brexit contains all these elements, at every turn Remainers have vociferously and passionately strived to protect the cherished union, and its outcome has left the UK (and possibly the rest of the planet) in a perilous state of forewarned crisis.

But Brexit is crisis borne of crisis, and the cast-iron Remainer guarantee that nothing should change has now simply morphed into a movement whose focused intent is a return to past status quo.

The tragic disengagement of principle continues to lie in the European Union’s portrayal as an unalloyed good.

Despite its many socially liberal advancements, the dominant debate has centred around the economic gains of membership.

The UK economy has grown since it joined, most impressively over the last 20-30 years, although UK trends are virtually indistinguishable from other western nations irrespective of EU membership.

Nevertheless, the finer details and more emotive aspects were framed around the impacts of immigration – does immigration generate a net gain to the economy, and does the resident population lose or gain from the expanded labour pool?

Of course, truly mendacious distortions of truth came from the political right and its disingenuous press.

There has been decades-long drip of anecdotal stories featuring immigrant scroungers, medical tourists or just plain old foreign villainy dressed up to represent a broader picture of decay.

In fact, it has become either covertly or overtly affirmed that any conclusions viewing immigration as a negative phenomenon are malevolent distortions of the truth.

Indeed, it is undeniable that associating immigration with any decline in living conditions in the UK has come to be seen as fundamentally racist by many of a liberal persuasion.

While Brexiteers undoubtedly filled the air with dog-whistle racism, such claims of wide-spread prejudice should be carefully scrutinized given the largest global study of racist attitudes puts the UK among the most tolerant of nations.

What has been lost in the ever-amplifying culture war is economic details indicating how the most vulnerable and poverty-stricken elements of society have had evermore misery heaped upon them.

There are reports from academic teams at Oxford and UCL clearly showing that while much of the economy benefited from an increasingly globalized and borderless workforce, often through bottom-up expansions of educated employment sectors, that low-skilled workers have seen an overall drop in earnings.

These data sit on top of specific corroborating research detailing the plight of HGV drivers over recent decades, and from the Rowntree Foundation showing a largely uninterrupted 25-year increase in working poverty (that notably features spikes following 2004-5 when New Labour expedited the influx of EU migrants).

Critically, it is precisely this put-upon red-wall demographic that tipped the precariously balanced Brexit scales.

Whether this loss of vital detail resulted from a drowning-out of nuance in a cacophonous (and usefully engineered) shouting match, a deliberate willingness to obfuscate for fear of confirming the right-wing narrative, or, more likely, cognitive dissonance, what is left is an overarching sense that Remainers judgmentally denounce any suggestion that freedom-of-movement has burdened any sectors of society.

How has this played out? Among others, the expanding zero-hour contract sector knows from bitter reality that their rights and well-being have not been protected – a sense of being repeatedly and patronizingly told that they are too stupid to understand how good their life is.

Against a baseline of poverty, even marginal losses (although estimated up to 4.9 per cent for the poorest) will feel magnified against the constant cultural fetishization of the nation’s ever-growing wealth.

For the red-wall voter cohort, the Brexit debate can at best be seen as lies versus lies engendering a nihilistic belief that radical upheaval was needed.

At worst, the denial of self-verifiable fact leads to the sense that it is the reactionary right that tell the truth, and all their accompanying circumventions of civil liberty, social contract and national security should be supported.

All is not lost

All is not lost. The country will retain its tumultuous state over several election cycles during which Tory deceit will become evidently clearer.

Moreover, while there are shrill arguments that the current micro-crises of HGV and abattoir shortages are a direct product of Brexit, it will become increasingly difficult for liberals not to concede that something has been lost from a country that used to coordinate such activity.

The UK, like the US and many other nations, is clearly demanding change.

A coherent radical narrative that rings true is likely to be rewarded. And may even permit massive societal gains unimaginable under the previous state of sleep-walking intransigence.

The monied classes will not abandon the Tories or their tax-evading ideology.

Therefore, the key to positive change and a potentially transformative reintegration into Europe (essential internationalism given humanity’s existential sustainability crisis) will only be viable through a reforged alliance between the educated middle-classes and the poorest sections of society.

The plight of the poor

A key driver of Brexit was that liberals were overzealous in defending the EU for fear of losing it.

The lack of honesty regarding the plight of the poor caused resentment and likely tipped the balance, and still stands before the political consensus required to repair the damage.

A first step will be to acknowledge that immigration in an unregulated market can heap misery on those least able to withstand it (as well as a progressive nod to its exploitative impact on source countries).

After that, a more structured solution would be the key policy adoption of a citizen/living wage.

This should prove a sure-fire vote winner among the vital, left-behind demographic once the Conservative’s post-Brexit bluster has dissipated, and insisted upon as an EU-wide precursor to any European reintegration. S

uch a policy across a future EU would permit open borders so that people can move for genuine cultural and professional reasons while protecting the most vulnerable from the instability of cheap labour supplies.

Without an authentic promise of change, those most desperate will continue to choose an illusory revolution offered by Fascists.