From the newsletter: After years of suspended animation, the Brexit rubber is finally meeting the road. 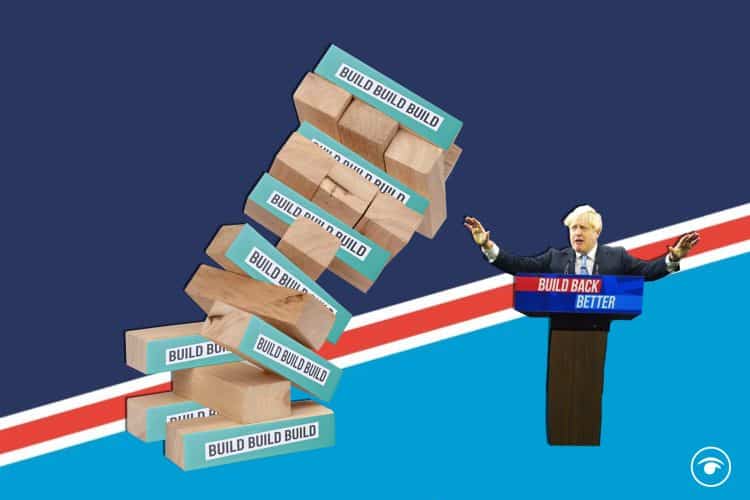 Good morning. A confession: I hate writing about Brexit. That doesn’t mean I love, or indeed hate, Brexit itself. I just find it an immensely frustrating thing to sit down and write about.

I suppose you’re due a ‘why’. There are a few reasons. The foremost is that Brexit has morphed into a sort of overbearing catch-all term that can easily explain away any old argument or issue. Problems in the supply chain? Brexit! Pressure on the NHS? Brexit! Something rotten in the state of Denmark? Brexit! That is not to say that Brexit has not alleviated or aided the things currently blighting Britain. Rather, it’s that Brexit is often an all-too-convenient excuse for why bad stuff happens, obfuscating deeper currents that are harder to confront and address. Blaming Brexit for all this country’s woes often, I believe, over-simplifies things to which there’s no one clear and easy explanation.

Beyond that, it’s pretty grim that everything which happens to do with Britain’s past, present and future relationship with the European Union feeds one side or the other’s confirmation bias and reinforces the fact that they were right and you were wrong. Brexit has also birthed and nurtured a weird streak in political punditry: the belief that all our woes would vanish if we were to simply snap our fingers and rewind to 2015, before the baddies took over, when everything was hunky dory. Let’s call it the ‘Ian Dunt Delusion’.

But we are now witnessing what happens when rubber meets road. The Office for Budget Responsibility said this week that the impact of Brexit on the UK economy will be worse in the long term than coronavirus. Leaving the EU, it said, would reduce the UK’s potential GDP by about four per cent – whereas Covid would shrink it by a further two per cent. I am slightly sceptical that a deadly pandemic – throwing up new costs and barriers at every turn, changing fundamentally how everyone interacts with each other, with no real sign of ending – will hurt Britain more than a change in its trading relationship with a neighbour. That being said, it is obviously not going well – and is unlikely to go well any time soon.

In no way is that better highlighted than the labour crisis – although ‘crisis’ implies something extraordinary as opposed to endemic. Britain’s new immigration policy is completely divorced from the reality of how our services-heavy economy works and who it relies on. If you’re setting out to change the balance of the economy, fine. But if you’re simply ripping out the blocks from the bottom of the Jenga tower and expecting the top to remain intact, you’re deluded. It illustrates clearly the limits of being driven by ideology over reality. Great for winning elections, useless for actually governing a country.

It didn’t necessarily have to be this way. Brexit might always have adversely impacted the economy, but there’s little doubt the particular path chosen by this government – what it sees as important, and what it does not – has exacerbated that impact. One might hope that, confronted with the bleak actualities, ministers might think again. No – instead we have a home secretary reluctant to issue temporary visas to foreign HGV drivers, fearing a stampede of industries demanding exemptions and bringing back freedom of movement by stealth.

If you’ve ideology’d your way to power, you’ll inevitably try to ideology your way out – even as the stench of burning rubber singes the nostrils.