After the fall of communism Americans spoke of their country as “the Last Superpower.” Trump has turned it into the Lost Superpower. 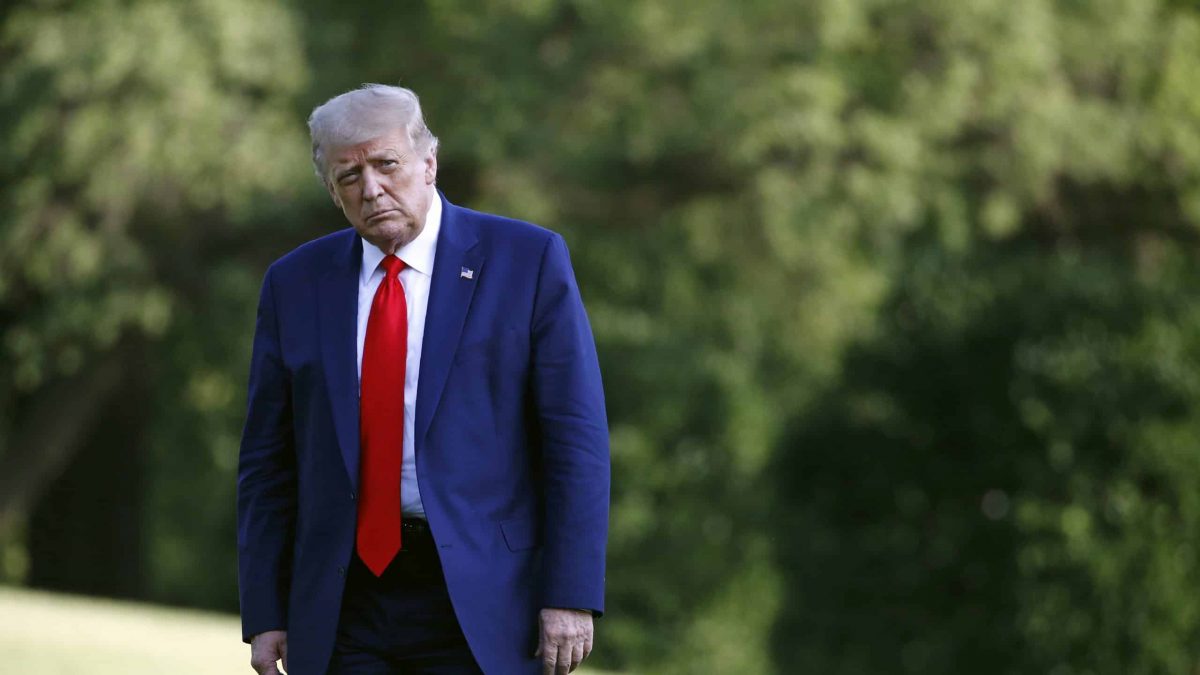 After four long years perhaps in 2020 we can soon write the political obituary of Donald Trump’s failed presidency. The most striking feature isn’t his crazy Tweets or the rambling nonsense about curing coronavirus with disinfectant. It’s not even the Trump family horror-show or the cast of cronies in government positions. It’s the lasting damage the Trump presidency has done to America’s image and the broken idea of American leadership.

After the fall of communism Americans spoke of their country as “the Last Superpower.” Trump has turned it into the Lost Superpower. The United States has often been admired, feared and even hated. It has rarely been pitied. It is now. Leadership demands followership, and President Trump does retain the support of 40 per cent of American voters, but around the world if Trump leads, who follows? World leaders look upon Trump’s America with a mixture of bemusement and deep concern. Europeans once spoke of the US as the “indispensable ally.”

In 2020 it’s not clear how indispensable an eccentric and unreliable ally really is. True, the United States still has the most powerful military forces in the world. But for what? To be a thundering, aimless giant screaming “America First”? The Trump legacy involves not just opting out of leadership but also abandoning cooperation with other democracies on the two most pressing issues of our time – coronavirus and climate change. During a global pandemic Trump has pulled out of the World Health Organisation. While the world has at last woken top to global warming, Trump has withdrawn from the Paris Agreement on climate change. Faced with continuing instability in the Middle East he has torpedoed the hard won agreement with Iran on nuclear weapons. Confronted with Islamist terrorism, his policies on Afghanistan, Iraq, Libya, Syria, and Israel-Palestine are not destined to Make America Great Again.

Trump’s open hostility to multilateral organisations including the UN, NATO and the G7, mean international cooperation is undermined while all the great problems America faces, from terrorism and pandemics to economic instability and mass migration, are international not national. He has managed the extraordinary trick of sucking up to dictators and autocrats without achieving anything notable in return, beyond handshakes and photo-opportunities with some of the world’s nastiest men. Think Kim Jong Un.

Worse, America cannot be strong abroad when it is weak and divided at home. In that well-worn American phrase, during the Trump Years the rich got the goldmine; everyone else got the shaft. The image of Trump’s America is one of economic insecurity, racism and police brutality, gun violence, and the loud voices of the lunatic fringe of American public life, the anti-vaxxers and those who claim coronavirus is just a hoax. And so, unless any idea of American leadership is consigned to history, if Joe Biden wins the presidency in November, what can he do to reverse the dismal Trump legacy?

First, a Biden presidency will need to rebuild American institutions, repairing race relations, working with US states to deal with coronavirus, and minimising the economic and environmental damage of the Trump years. He needs to push America away from Trump’s disastrous love affair with 19th century fossil fuels and 20th century rust-belt automobile factories into the 21st century of Artificial Intelligence and high tech innovation. Then, if America is truly to lead, it is in the interests of the United States to contain both China and Russia by working with like minded allies, especially in Europe and south and east Asia, from India to Japan. NATO, the G7, the UN and WHO have many flaws, but post-Trump America needs to work at improvements from the inside rather than Tweeting abuse from the sidelines.

Realistically, there are two big problems in the argument I’ve just made. The first is that maybe few people globally want or expect American leadership any more. Yet even those who say they loathe America, are influenced by it. Who would have thought that the death of a black man in Minneapolis would lead to protests about racial justice all over the world? From Microsoft and Facebook to Netflix, iPhones, Hollywood, hip hop and Google, American culture still touches us all. The second flaw in my argument is more potent. What if Trump wins again? Second term presidents are less constrained than those in their first term, since they never need to seek voters’ approval again. Imagine the damage an “unconstrained” Trump might do. Joe Biden therefore needs to explain very clearly why he should be the 46th President of the United States. Being the Not-Trump candidate is not good enough for America, or indeed the rest of us.

Gavin Esler is author of, among other things, Brexit Without the Bullshit.

Related: In the Post-Covid world who gets to shape the new normal?