I’ve never been one to tamper with Wikipedia entries, but if I was the first thing I’d do is refer all traffic for the page “2017” to the one entitled “reap what one sows”. The page, which is depicted by John F. Knott’s “It Shoots Further Than He Dreams”, seems to adequately summarise what happens […] 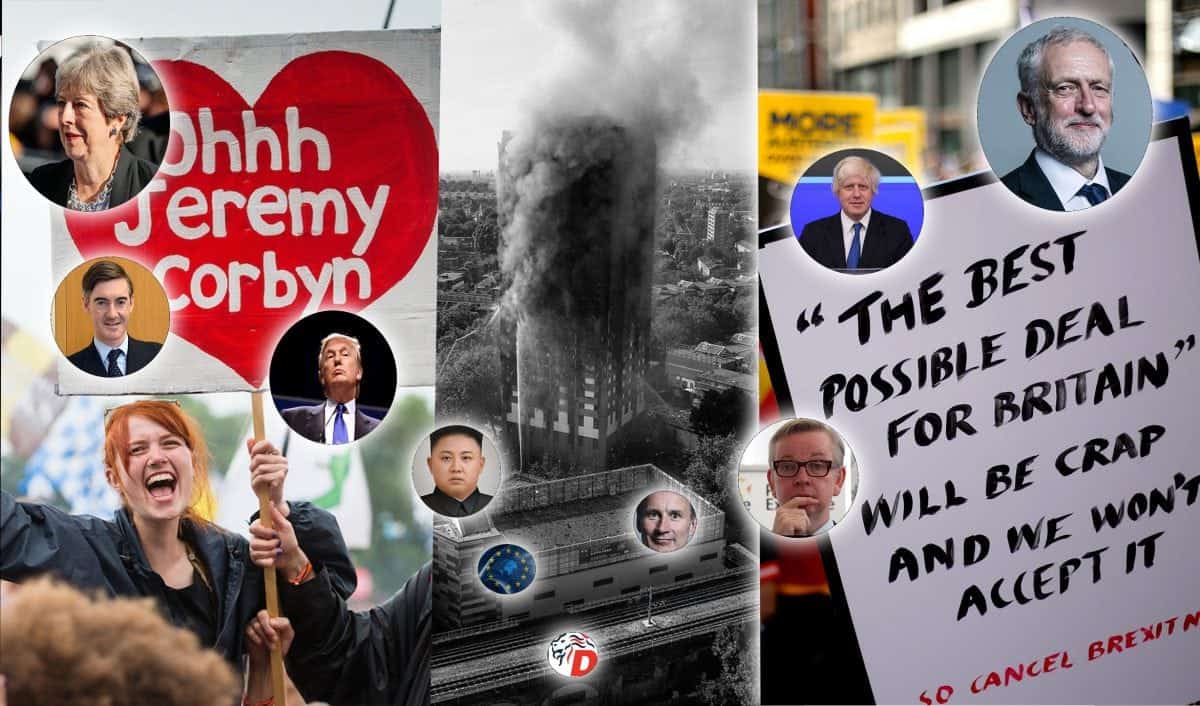 I’ve never been one to tamper with Wikipedia entries, but if I was the first thing I’d do is refer all traffic for the page “2017” to the one entitled “reap what one sows”. The page, which is depicted by John F. Knott’s “It Shoots Further Than He Dreams”, seems to adequately summarise what happens when populism meets realism –  a collision we have become all too familiar with this year.

A year on since the US presidential election and the pledges that propelled a TV reality star to power have started to materialise. The States is now the only country in the world not to support the Paris climate agreement after war-torn Syria put its name to the agreement at the COP 23 UN climate summit in Bonn, Germany. It was an admission by Syria that despite enduring six years of brutal civil conflicts some things pose a bigger threat to the survival of humanity – a message lost on Donald Trump, who couldn’t even prioritise his own CO2-emitting industries above World survival. Not that conflict escaped his gaze altogether, of course. Tensions between the US and North Korea threatened to overspill into war on several occasions this year – often via childish exchanges on Twitter. It seems like a bizarre notion that World War III could be started by a social media platform, but not implausible. Thanks to the willingness of world leaders to air their dirty laundry in public the doomsday clock now stands at two and a half minutes to midnight. A mistimed Tweet could set that marker even closer still.

At home Britain has reached its own Day of Judgement. Similarly fuelled on a populist whim, Brexit has unravelled with such spectacular inevitability  even the most ardent Remainer would have been surprised. The divorce has now cost us almost exactly the amount the Leave camp proclaimed it would save us, and those publications which so voraciously championed the split are now backtracking at pace. As per usual, it’s the working who are going to pay for it all, and it’s the rich who are most likely to benefit.

Lost in the noise is the fact that the Conservative party have been allowed to run the country into the ground while their divided electorate bickers over EU membership, selling off vital public services and allowing big business to run amok. The fact that it took a tragedy such as the Grenfell Tower for them to look at working class living conditions is a national shame, and that they are running down the NHS in a move likely to hit their core voter base smacks of the very lesson we’ve been discussing thus far: you reap what you sow. But there is a silver lining. The dawn of so-called “alternative” media has brought about journalists determined to hold politicians to account without the shackles of being associated to “big media” and the agenda of a handful of powerful billionaires.  With nearly 70 per cent of national newspaper circulation being controlled by only three different companies, as well as the vast majority of the local press being under the wing of five companies, it is a relief that publications such as The London Economic have been allowed to emerge to champion the Fourth Estate.

It hasn’t been an easy ride for us, and the resistance to change by established channels can often be a serious impediment, but we’re gradually eroding the centralised media make-up of the country and creating a new norm that actively evokes positive change. It was thanks to us that politicians like Jeremy Corbyn overcame the odds to erode the Conservative majority in this year’s General Election. We were the most shared publication pre-election, a feat we discussed on BBC Radio 4 here, and just weeks after we also become the most shared post-election publication, when tragedy struck in West London. Later this year we got our third quarter of a million share article when Michael Gove struck animal sentience from the Brexit withdrawal bill, a story that became a nation-wide talking point. Aside from demonstrating the power of independent, fearless journalism, all these pieces showed owhat can happen when the media works as it should. We have helped elect the first politician to truly act in the interests of the many rather than the few, we have demonstrated the scale and severity of the Grenfell Tower tragedy not just on its victims but on society as a whole, and we will continue to hold politicians to account throughout the Brexit process to ensure they uphold the same standards and don’t allow it to become a guise for self-serving, sinister political moves.

Thank you for your support this year, here’s to creating a more equal society in 2018.