Pro-Leave daily The Express has dramatically backtracked on Brexit – admitting that the UK will be worse-off under “most plausible scenarios”. The paper, which actively encouraged Brits to vote Leave before the referendum, has today published a damning report seemingly reversing its stance on the breakup. A report from the Rand Corporation found a no-Brexit […] 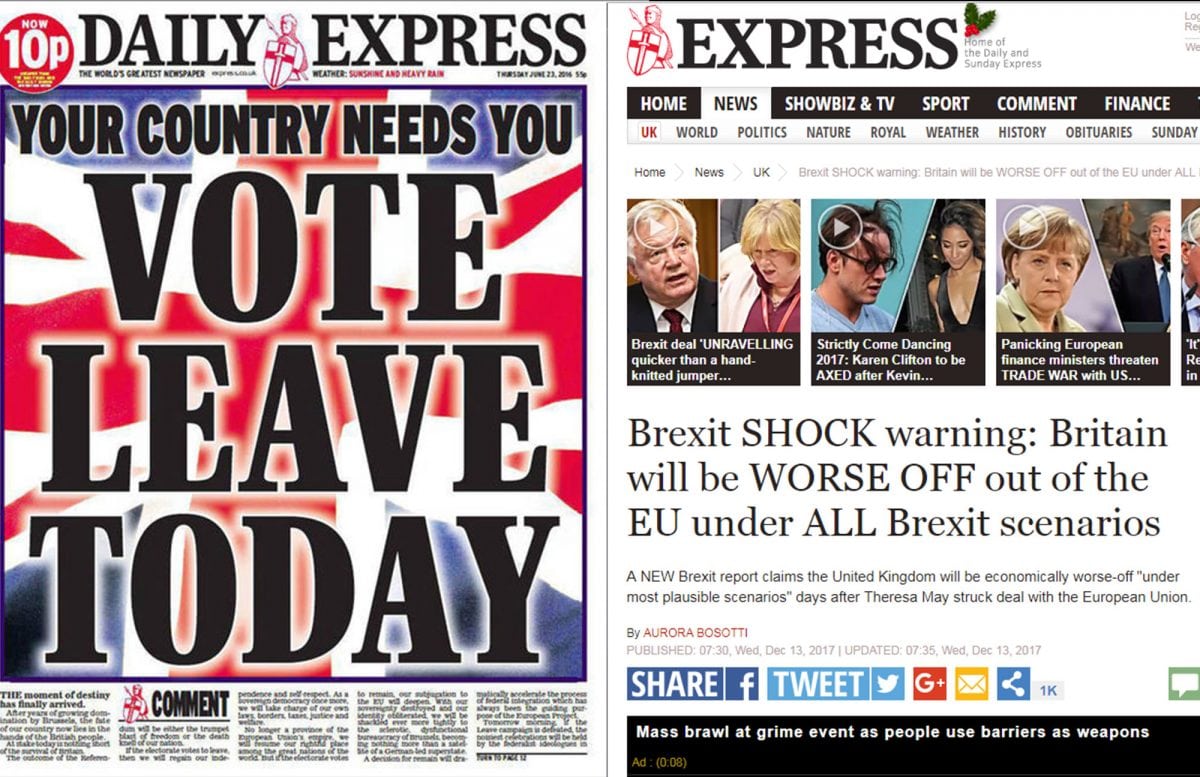 Pro-Leave daily The Express has dramatically backtracked on Brexit – admitting that the UK will be worse-off under “most plausible scenarios”.

The paper, which actively encouraged Brits to vote Leave before the referendum, has today published a damning report seemingly reversing its stance on the breakup.

A report from the Rand Corporation found a no-Brexit deal would cost the UK nearly five per cent of its overall GDP – around £104 billion – over the course of ten years after Brexit.

It confirmed the UK will suffer under all “Brexit scenarios”, adding that Britain’s membership of the single market allowed it to become a “powerhouse” of an economy.

After standing resolute on their stance towards Europe for most of the year, this seems to be the final nail in the coffin for Hugh Whittow’s band of right-wing hacks.

The reversal comes just months after a poll found an increasing number of people believe voting to leave the European Union was a bad idea.

Research conducted in October unveiled the highest proportion of people since the referendum now regret the result, with 47 per cent of respondents saying it was wrong for the UK to vote Leave compared with 42 per cent who believe it was the right decision.