Liz Truss, Ben Wallace and civil servants will be plugging arms sales at DSEI to delegates from Hong Kong, Saudi Arabia, Uzbekistan, Israel and many more countries associated with abuses and atrocities. 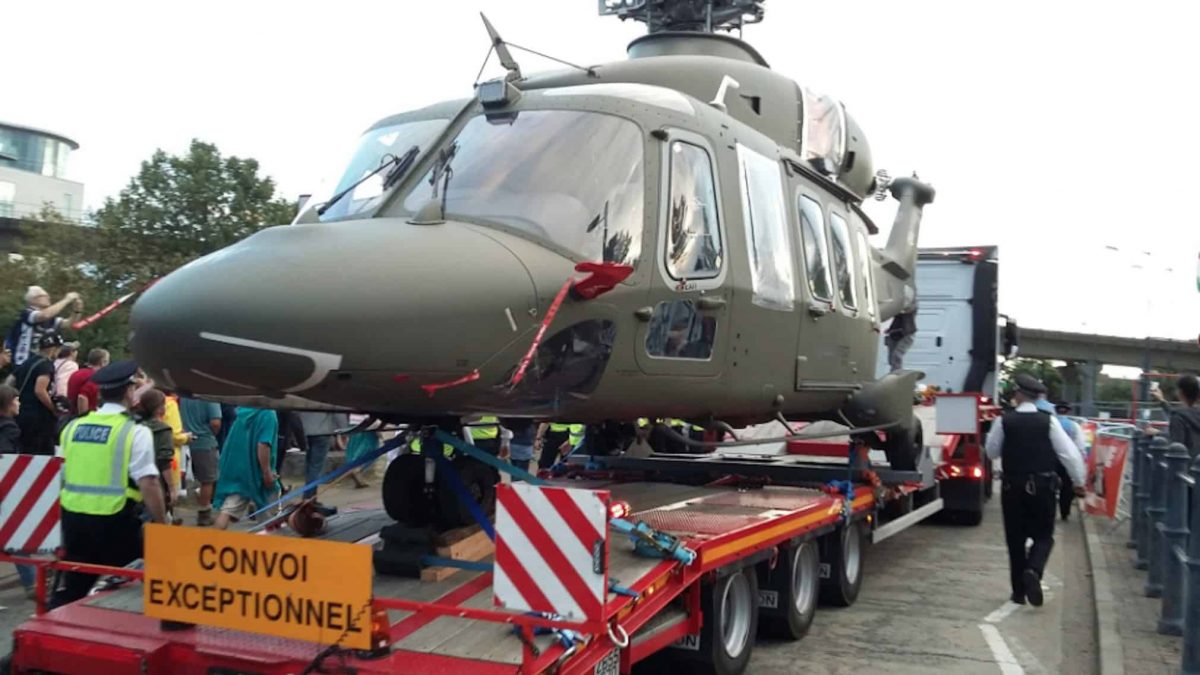 By Andrew Smith, Spokesperson for Campaign Against Arms Trade (CAAT)

Recent weeks have seen a further intensification of the violence being inflicted on pro-democracy campaigners in Hong Kong. The police crackdown has only got worse, with clouds of tear gas becoming a regular sight on the streets. There is no doubt that some of that tear gas was made here in the UK, with images of UK-made canisters emerging across social media.

Despite the brutality and repression it has inflicted, the Hong Kong authorities will be one of many human rights abusing regimes that are coming to London next week for Defence & Security Equipment International 2019 (DSEI), one of the biggest arms fairs in the world.

While at DSEI, the Hong Kong delegates will be able to look at some of the most deadly and dangerous weapons in the world. DSEI is one of few arms fairs that includes weapons for all of the different branches of the military, so it doesn’t just include bombs, missiles and guns, it also features tanks, warships and fighter jets that can be used to fire them.

The international guests aren’t there by chance, they are there at the invitation of the UK Government. The guest-list itself reads like a roll call of human rights abusers, with representatives from the regimes in Saudi Arabia and the rest of the international Coalition that has inflicted a terrible four year bombing campaign against Yemen.

They will be joined by delegations from Uzbekistan, the Philippines Israel and Turkey, among others. The arms sales being touted and negotiated with these regimes at DSEI could be used in abuses and atrocities for years to come.

Of course none of this could happen without the full complicity and support of the UK Government. UK civil servants from the Ministry of Defence and Department of International Trade will be on hand to welcome delegations, and will use private meetings to lobby them to buy as many weapons as possible.

The civil service presence will be complemented by keynote speeches from high ranking Cabinet Ministers, including the Defence Secretary, Ben Wallace, and the Secretary of State for International Trade, Liz Truss. The Ministers will be using it as a platform to sing the praises of the arms industry, all the while ignoring its terrible consequences.

Meanwhile, the message they send to people fighting oppression and living through war is that their human rights don’t matter, and that their lives are of less importance than profits for arms companies.

Arms fairs don’t just provide military support for the buyers, they also provide a huge degree of political support. The message they sent to attendees is to keep on doing what they’re doing, regardless of the appaling consequnces.

That is why this week will see thousands of campaigners taking to the streets. We will be outside the arms fair, linking arms and using our bodies to block the military vehicles destined for DSEI. 7 days of protest are taking place this week, all of which are themed around different aspects of the arms trade. People from all backgrounds are taking part, with activists from across the UK. We are standing in solidarity with people living through the kind of war and repression that are fueled by events like DSEI.

Yesterday saw the first day of protest, which was themed around opposition to arms sales to Israel, which have had a devastating impact on the people of Palestine. Today, faith activists are uniting to proclaim that they have ‘no faith in war.’ The rest of the week of action will see activists from anti-nuclear groups coming together with anti-deportation protesters and climate justice campaigners.

The message we are sending loudly and clearly is that arms fairs like DSEI can never be acceptable and that if the Government cares about the promotion of human rights and democracy then they must be shut down for good.

If you want to help us stop the arms sales and shut down DSEI, come and join us. You can find full details of protests here.

Andrew Smith is a spokesperson for Campaign Against Arms Trade (CAAT). You can follow CAAT at @CAATuk