Mrs Zaghari-Ratcliffe said her solitary cell “gave me panic attacks” because she was claustrophobic, and that Iranian police had made threats concerning her young daughter Gabriella. 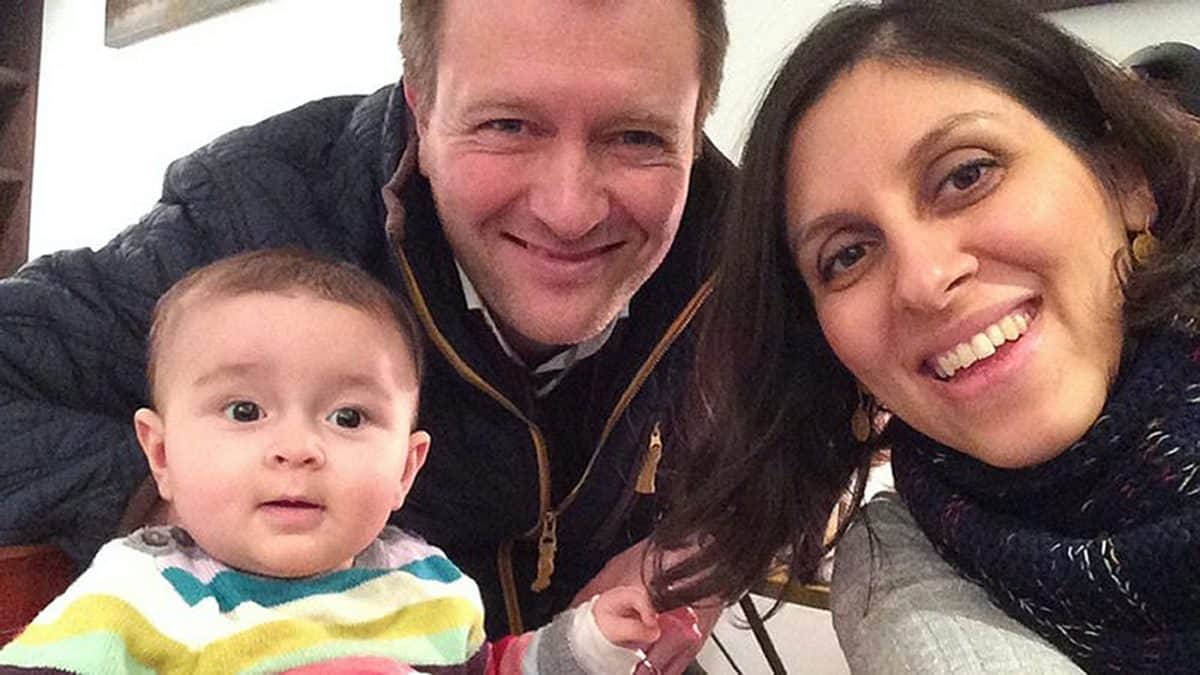 Nazanin Zaghari-Ratcliffe’s Iranian interrogators threatened to take away her daughter, alleged her husband was a spy and repeatedly misled her about the chances of release, she reportedly reveals in a new account of her initial interrogation.

The Guardian has printed details of Mrs Zaghari-Ratcliffe’s account of the early stages of her incarceration in 2016, published in a book of interviews with female Iranian political prisoners titled White Torture, compiled by the political prisoner Narges Mohammadi.

In the account, Mrs Zaghari-Ratcliffe says the 40 days she spent in isolation in prison immediately after her arrest included panic attacks, fainting, days without sleep, and repeated efforts by her interrogators to make her confess she was a spy.

Mrs Zaghari-Ratcliffe said she became so distressed she even began to wonder whether the accusations made against her were true.

Mrs Zaghari-Ratcliffe, who worked for the Thomson Reuters Foundation, the charitable arm of the news agency, said her interrogators had claimed to have “top-secret evidence that I worked for the [British] Parliament and against Iran”.

“I was sure that was not the case, but they repeated it so much that I doubted myself when I returned to the cell,” she said.

Mrs Zaghari-Ratcliffe said her solitary cell “gave me panic attacks” because she was claustrophobic, and that Iranian police had made threats concerning her young daughter Gabriella.

“The interrogators threatened to send Gabriella to London if I did not cooperate. They kept telling me that I had lost my job and that if interrogation took too long my husband would leave me,” she said.

Guards had also told her she “did not know” her husband Richard, and that he was a spy who had lied to her about where he worked.

“There were days when they wanted me to say that my husband was a spy and that I worked for spy organisations, but I refused. My situation got worse,” she said.

While Gabriella returned to Britain in January to live with her father, Mrs Zaghari-Ratcliffe is due back in court in Tehran on Monday to face fresh charges, just as her original five-year term was drawing to a close.

UK Foreign Secretary Dominic Raab has said Iran will undermine efforts to improve its relations with the UK if she is returned to prison.

The British-Iran national, who is currently under house arrest in Iran, has been told she must attend court on Monday and prepare to return to prison following the hearing.

The 42-year-old has been held in the country since April 2016 when she was arrested at Tehran airport following a visit to her parents to introduce them to their granddaughter.

Mrs Zaghari-Ratcliffe was convicted of spying and jailed for five years, although she was released under house arrest in March this year as coronavirus swept through Iran’s prisons.

Mr Raab said on Friday morning: “The truth is the detention of Nazanin and other dual nationals in Iran is totally unwarranted, we’ve made it very clear we want to put the relationship between the UK and Iran on a better footing.

“If Nazanin is returned to prison that will of course put our discussions and the basis of those discussions in a totally different place.

White Torture is published by Baran Media and Publishing.