This isn’t something you see everyday, a daredevil skydiver was able to take pictures as he flew over an entire rainbow. As if that wasn’t exciting enough it was also his FIRST skydive, as he drifted over a circular rainbow in the Bay of Islands at the sub-tropical north of New Zealand on Oct 3rd. […] 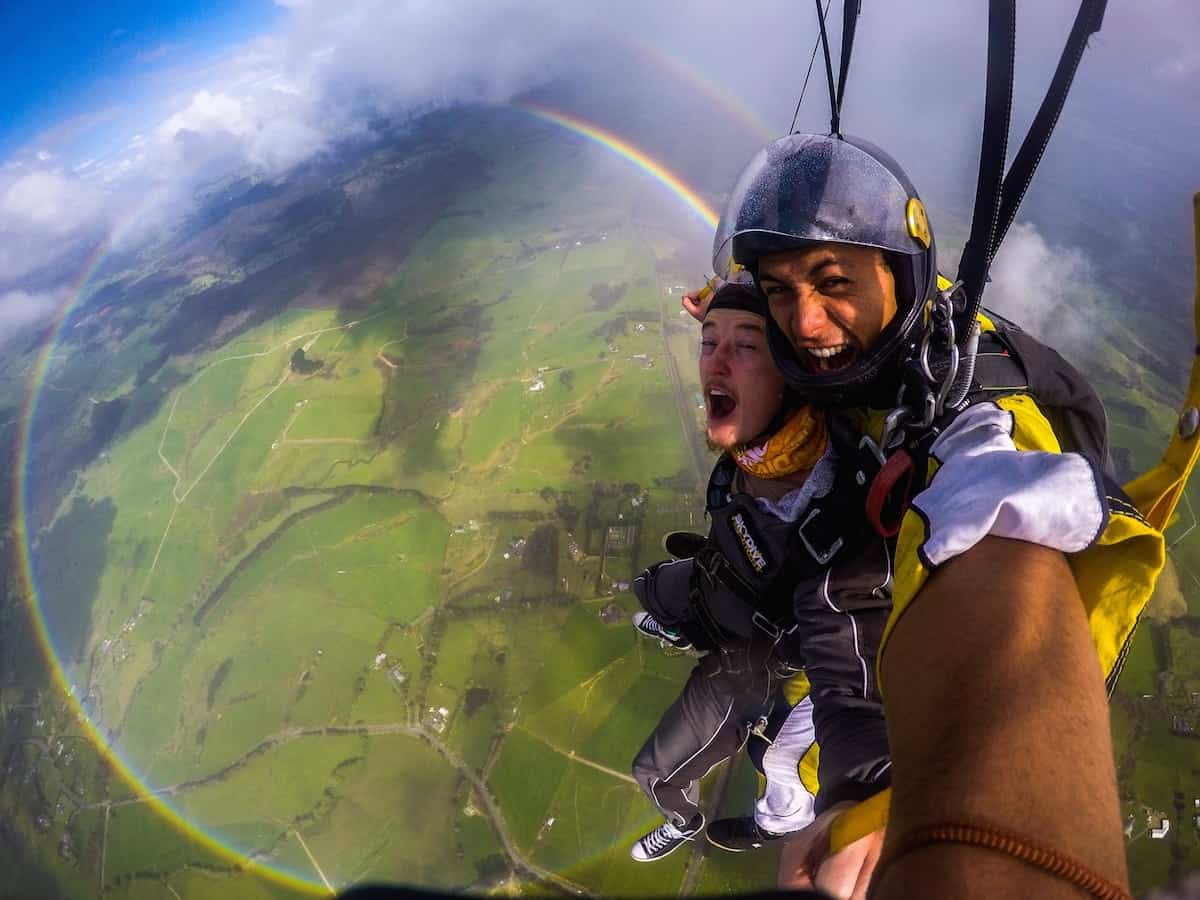 Anthony Killeen gets the thrill of his life as he skydives over a 360 degree rainbow. See SWNS story SWRAINBOW; The British expat was on his first skydive with an instructor over New Zealand's Bay of Islands when he spotted the perfect circles of colour. Killeen said the rainbow kept its form until it was time to descend and land. "All the instructors said they hadn't seen that before either - some had seen it from the plane, but never whilst diving."

This isn’t something you see everyday, a daredevil skydiver was able to take pictures as he flew over an entire rainbow.

As if that wasn’t exciting enough it was also his FIRST skydive, as he drifted over a circular rainbow in the Bay of Islands at the sub-tropical north of New Zealand on Oct 3rd.

29-year-old, Anthony Kileen has been backpacking since 2011 when he left the UK for a journey of a lifetime, and he says the 16,000 daring leap of faith is the “pinnacle” of his trip around the world. Anthony, who works at a tourist information centre in New Zealand, said: “I honestly can’t think of a better word to describe it other than amazing.”

“I’ve never seen one like that apart from in optical illusions.

“I had no idea you could see one skydiving, let alone be on top of one.

“I didn’t have time to think of the logic behind it, it was all too surreal. “Even the guys who had been skydiving for quite a few years said they’d only seen one from the planes before.

“Some people have said to me that that’s it now – this was the pinnacle and I’ll never have an experience like that again.”