She was ordered to appear in court on October 14. 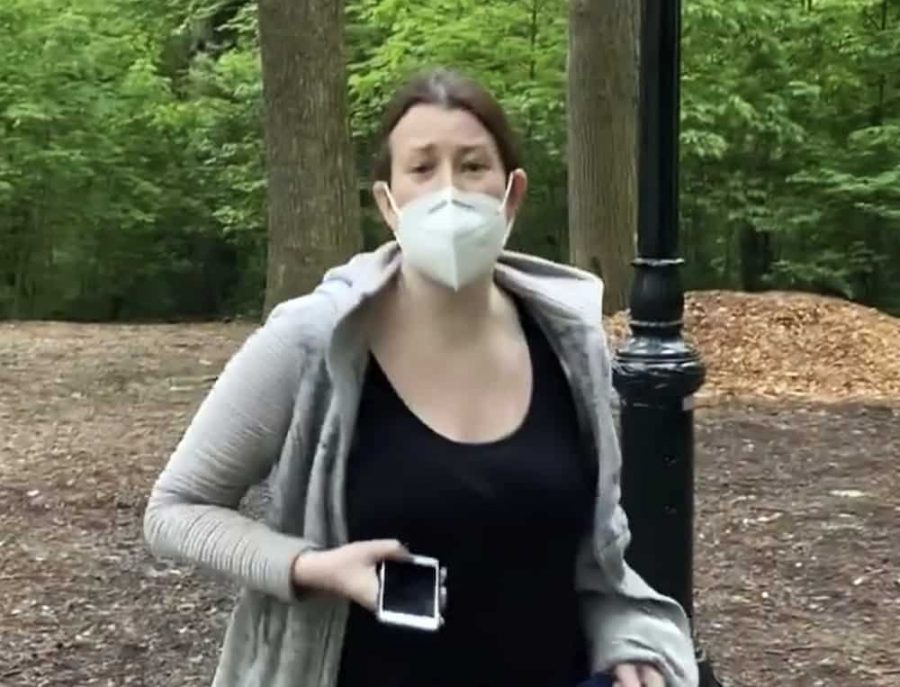 A white woman who called the police during a videotaped dispute with a black man over her walking her dog without a lead in New York’s Central Park has been charged with filing a false police report.

In May, Amy Cooper drew widespread condemnation and was later fired from her job after frantically calling 911 to claim she was being threatened by “an African-American man”, bird watcher Christian Cooper.

On the video he recorded of the woman, he sounds calm and appears to keep a safe distance from her.

District Attorney Cyrus Vance Jr said in a statement on Monday that his office had charged Amy Cooper with falsely reporting the confrontation, a misdemeanour that carries a maximum penalty of a year behind bars.

She was ordered to appear in court on October 14.

Ms Cooper’s lawyer, Robert Barnes, said she would fight the charge. His client, he said, has already lost her livelihood and “her public life. Now some demand her freedom?”

Reached by phone on Monday, Christian Cooper said he had no reaction or comment.

After the backlash, Ms Cooper released an apology through a public relations service, saying she “reacted emotionally and made false assumptions about his intentions”.

“He had every right to request that I leash my dog in an area where it was required,” she said in the written statement.

“I am well aware of the pain that misassumptions and insensitive statements about race cause and would never have imagined that I would be involved in the type of incident that occurred with Chris.”

Ms Cooper’s 911 call was seen by many as a stark example of everyday racism and fuelled outrage in the period leading up to the street protests sparked by the police custody death of George Floyd.

It also inspired New York state lawmakers in June to pass a law that makes it easier under civil rights law to sue an individual who calls a police officer on someone “without reason” because of their background, including race and national origin.

The new law, which the governor also signed last month, holds an individual who makes such 911 calls liable “for injunctive relief, damages, or any other appropriate relief” in a civil lawsuit.

Ms Cooper was charged under an existing false-report law that has been long on the books and does not reference race.

The confrontation began early one morning when Mr Cooper said he noticed Ms Cooper had let her cocker spaniel off its lead against the rules in the Ramble, a secluded section of Central Park popular with birdwatchers.

In the video posted on social media, he claimed the dog was “tearing through the plantings” and told her she should go to another part of the park. When she refused, he pulled out dog treats, causing her to scream at him to not come near her dog.

Ms Cooper also warned him she would summon police unless he stopped recording.

“I’m going to tell them there’s an African American man threatening my life,” Ms Cooper is heard saying in the video as she pulls down her face mask and struggles to control her dog.

“There’s an African American man, I’m in Central Park, he is recording me and threatening myself and my dog. … Please send the cops immediately!” she says during the call before he stops recording.

Police say by the time they responded, they were both gone.