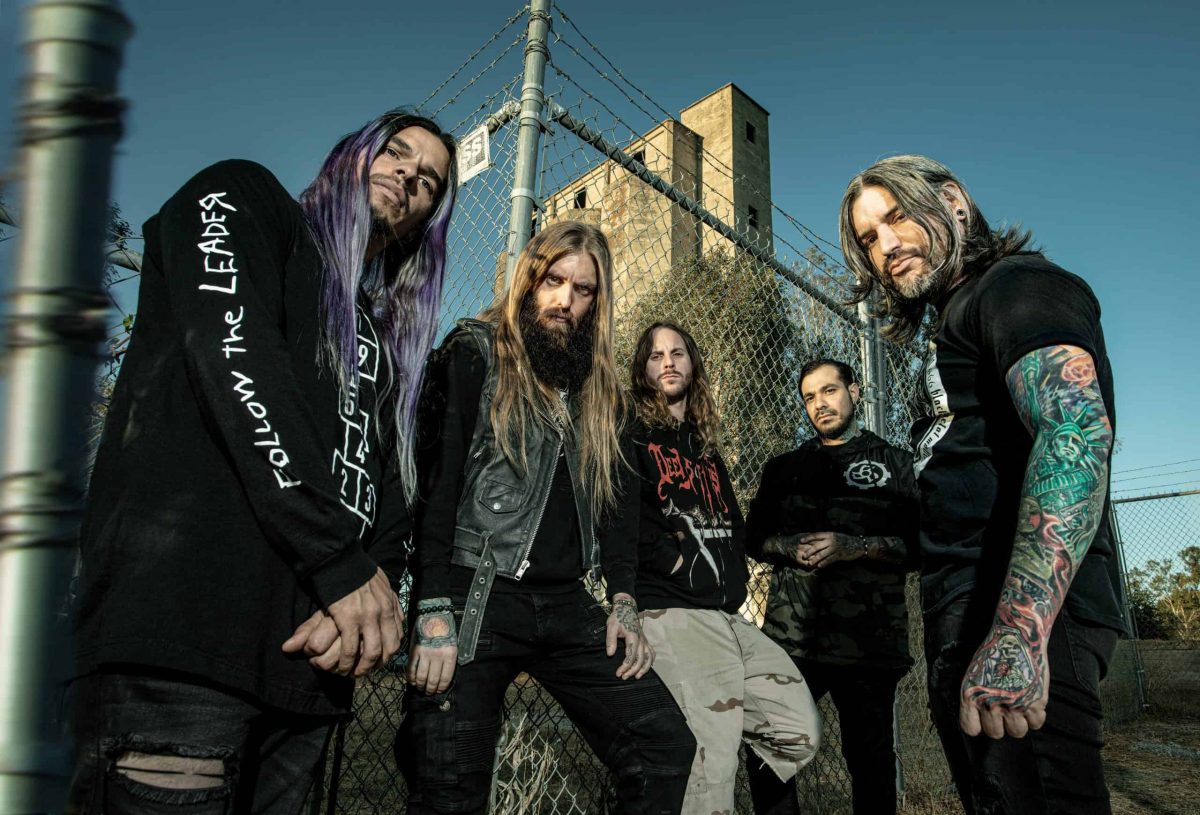 It would be accurate to state the live music scene, globally, is hanging in limbo. This weeks’ news regarding government funding for the UK arts, heritage and music scenes extended a lifeline to industry professionals and venues. Unfortunately, the return of live shows to our shores is dependent on the establishment of large gathering guidelines and, by extension, treatment and a greater understanding of the coronavirus.

For now, we can only speculate how the pandemic will affect live events long-term. It may be the case that the first gigs out of the gate will be run at reduced capacity with stringent hygiene rules, or with social distancing in place. How will a socially-distanced mosh pit operate? We must have faith that fans will find a way.

In the meantime, events organisers and bands are devising socially responsible ways to serve their fans and provide them with the next best thing to a physical live show. The product the Suicide Silence team have devised in response to the pandemic is endearing, strange and frustrating in equal measure. At best, the Suicide Silence Virtual World Tour is a beacon for fans to gather around to show their appreciation for the band and to network with fellow die-hards.  At worst, the process as it operates now is an unstable exercise which could leave fans feeling dissatisfied if shows continue with this level of disruption.

In the Q&A following their stream, Suicide Silence answered questions from the chat regarding the future of live shows and the incorporation of live broadcast elements. Based on their early efforts, it’s undeniable that the live stream format holds an odd appeal.

Anticipation still builds ahead of the set, even without gathering crowds and mounting pints. Suicide Silence attack this new scenario with maximum enthusiasm and intensity, playing to the multi-camera set-up and holding their own in the vacuum left by an absent audience. The lack of crowd feedback is bizarre, and without a braying crowd the emotional intensity of Suicide Silence’s set dissipates. In its place is a looser feel, buoyed by the fan chat. Paying fans gamely take to the accompanying forum, building a sense of community and occasion. The chat here has the sense of a fan club or focus group: only the most dedicated Suicide Silence fans are here. As with any community louder voices surface, emergent activities bubble up, and a virtual gig which lasts just over an hour develops its own temporary meta.

The multicamera set-up and professional direction can’t quite close the distance between the band and the fans waiting behind their screens, and the skits, which Suicide Silence clearly put work into, add little. The only area where atmosphere and fun reliably builds is in the forum chat, and this should be considered as a key area of development for virtual gigs going forward.

It is important to reiterate that Suicide Silence play with maximum effort, passion and technical skill, even without the animal physicality of a live audience. But issues with the format and delivery of the live show overshadows the band’s proficiency, often robbing the brutal beatdowns of their swagger and bite.  What becomes self-evident is the sapping effect lag, latency and buffering has on the virtual gig experience.

On the night of the London show the Suicide Silence soundstage venue reported connection issues, which became more pronounced as the set pressed on, eventually rolling the stream to a standstill. The chat became the acid test for these connectivity woes, taking the first few stutters with good nature, devising a drinking game based around the various technical gremlins affecting the stream. But by the closing throes of the set the performance was becoming unwatchable, and one user noted that there hadn’t been a single song which had escaped the jank of lag and freezes. This kicks particularly hard with music as intense and breakdown-driven as Suicide Silence’s material, with the bristling anticipation built through each track stopped dead in the silence of a frozen stream moments before the drop.

Virtual events were becoming a greater presence in the music and events industry before the Covid-19 pandemic, and lockdown has acted as a catalyst for this format to evolve. But what is clear from this early effort from Suicide Silence is the nascent status of virtual events, with the process lacking the guaranteed quality of delivery that paying fans should expect. This first wave of high-profile virtual events should help venues and events organisers to set their priorities: a focus on installing the infrastructure for these high-capacity online events, starting with a robust internet connection in each venue . This will ensure they are able to handle the strain without an interrupted service. The other elements surrounding the stream – the community chat, the skits, the remote crowd interaction – all benefit from this stability.

It is understandable that a paying audience such as the Suicide Silence fans in attendance tonight would feel short-changed by this experience, despite the good intentions of the band and the level of effort poured into the virtual tour by all parties. Suicide Silence still have 33 shows of their Virtual World Tour left to perform beyond the London stream, and in that time these core issues will crystallise. It’s a proving ground, and the band will already be looking ahead to the improvements they can make on their next venture into the virtual events space.