"We stand with women in Poland demanding their rights and making themselves heard." 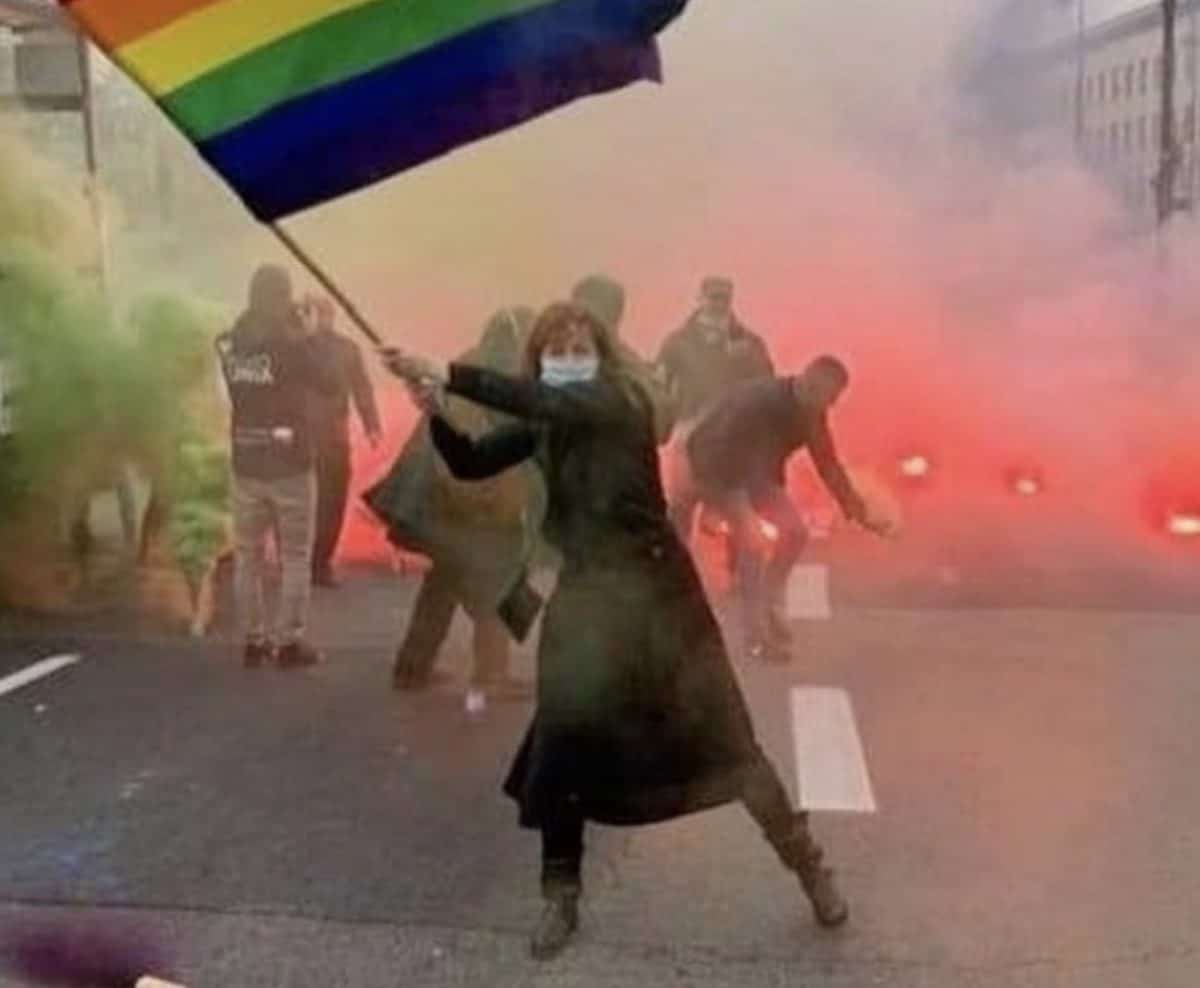 Poland’s right-wing government is delaying the publication and implementation of a high court ruling that tightens the abortion law, which has triggered almost two weeks of nationwide protests.

A government official said leaders are taking time to debate the contested ruling and find a solution.

“There is a discussion going on, and it would be good to take some time for dialogue and for finding a new position in this situation that is difficult and stirs high emotions,” said Michal Dworczyk, the head of prime minister Mateusz Morawiecki’s office.

The constitutional court ruled on October 22 that aborting foetuses with congenital defects violates the constitution, in effect further tightening what was already one of Europe’s most restrictive abortion laws.

It would leave only abortions in cases of risk to the woman’s life or crime — meaning rape or incest — allowed under Polish law.

The ruling was scheduled to be formally published on Monday. Unpublished, it has no legal power.

The Fawcett Society Tweeted: “In Poland women are striking against the Government’s abortion ban.

“We stand with women in Poland demanding their rights and making themselves heard.”

Massive daily anti-government protests have been held by hundreds of thousands of people since the ruling. The mostly young protesters have been disregarding the pandemic threat and a ban on public gatherings larger that five people intended to stop the spread of coronavirus.

Mr Morawiecki has appealed for talks with the protesters and opposition legislators to find a solution.

Surveys show a large drop in support for the ruling conservative Law and Justice party and for its leader, deputy prime minister, Jaroslaw Kaczynski.

President Andrzej Duda, who is aligned with the government, has proposed a new law that would allow abortion of foetuses with life-threatening defects but ban them for disorders such as Down’s syndrome. This idea is seen as still too restrictive to many people and does not seem likely to win sufficient backing in parliament.

Women’s rights activists are critical of his proposal and Mr Morawiecki’s invitation for talks, and are planning more protests this week.

Experts on constitutional law say that delaying publication of the ruling would violate a legal provision that constitutional court rulings be published “without delay”.

“This is by far the worst option,” said Marcin Matczak, a law professor at Warsaw University. “It boils down to this approach that if someone does not like a ruling by the Constitutional Tribunal, he may not publish it.”

The rulings are published by the government in the Journal of Laws.

Soon after Law and Justice won power in 2015 and took steps to control the constitutional court, the government delayed publication of some of the court’s rulings, even by two years, and bowed only when pressured by European Union leaders.