They chanted “vote him out” as the president stood near the coffin. Mr Trump walked back into the court as the chants grew louder. 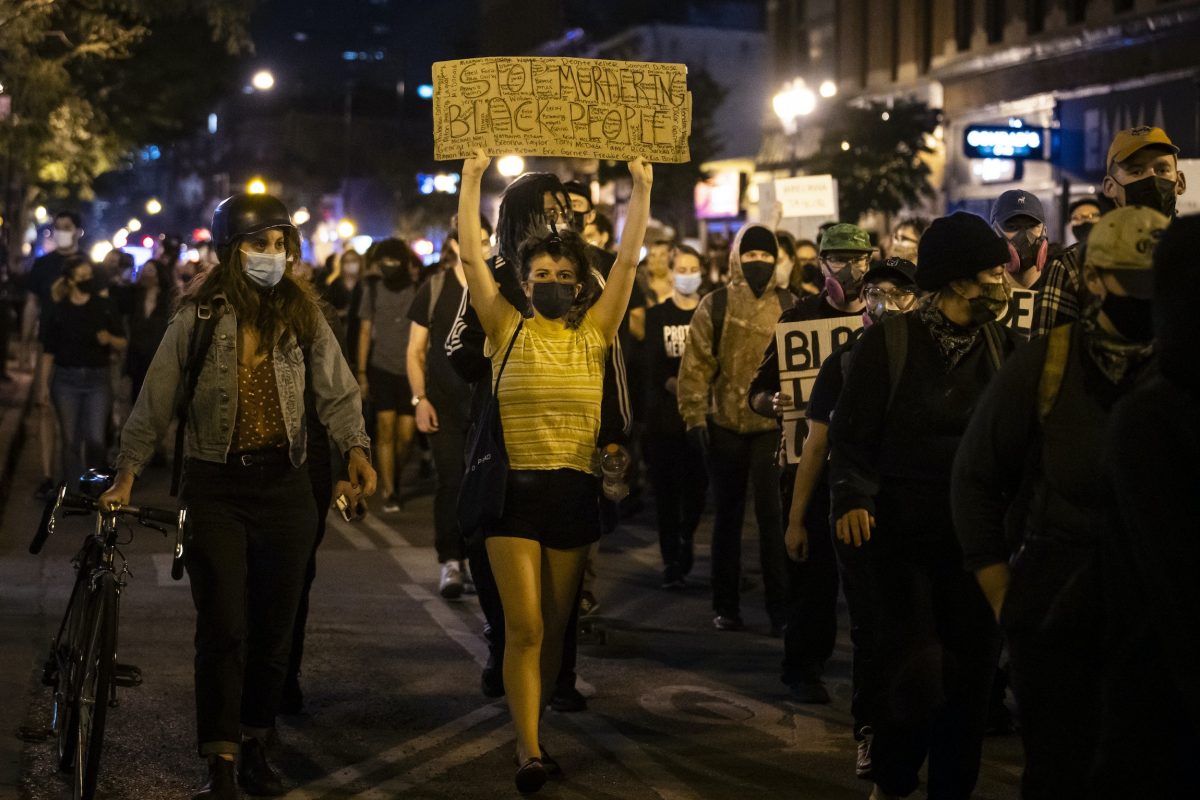 The US president was not welcomed as he arrived to pay respects to the Ruth Bader Ginsburg. He was booed and there were also chants of ‘vote him out’ and ‘Breonna Taylor.’

This angry reception comes as protestors went out onto the streets again on Thursday to protest after it was announced that no police officers would be charged directly with the killing of Breonna Taylor in March, who was shot multiple times by police officers.

Hundreds of people also turned out in New York, Philadelphia, St Louis, Baltimore, and other cities across the country.

On Wednesday night two police officers were shot in the Kentucky city of Louisville after largely peaceful protests turned violent.

He plans to nominate a replacement this weekend for the liberal justice, best known for her advancement of women’s rights.

The president and first lady Melania Trump — both wearing masks — stood silently at the top of the steps of the court and looked down at Ms Ginsburg’s flag-draped coffin, which was surrounded by white flowers.

Her death has sparked a controversy over the political balance of the court just weeks before the November presidential election.

Moments after Mr Trump arrived, booing could be heard from spectators about a block away from the court building.

They chanted “vote him out” as the president stood near the coffin. Mr Trump walked back into the court as the chants grew louder.

As his motorcade returned to the White House, there were also chants of “Breonna Taylor” from some spectators standing on the pavement.

Their calls came one day after it was announced that a Kentucky grand jury had brought no charges against Louisville police for her killing during a drug raid connected to a suspect who did not live at Ms Taylor’s home.

Her body will lie in state at the Capitol on Friday, the first time a woman receives that distinction, and only the second time it will be bestowed on a Supreme Court justice.

William Howard Taft, who had also served as president, was also recognized in such a manner.

The body of Rosa Parks, a private citizen and not a government official, previously has lain in honour at the Capitol.

Ms Ginsburg will be buried alongside her husband, Martin, in a private ceremony at Arlington National Cemetery next week. Martin Ginsburg died in 2010.

Meanwhile, the president is expected to announce his nominee to replace Ms Ginsburg on Saturday. He has said he will select from a list of five women.

Republicans are working to move quickly to a confirmation vote, possibly even before the November 3 election.