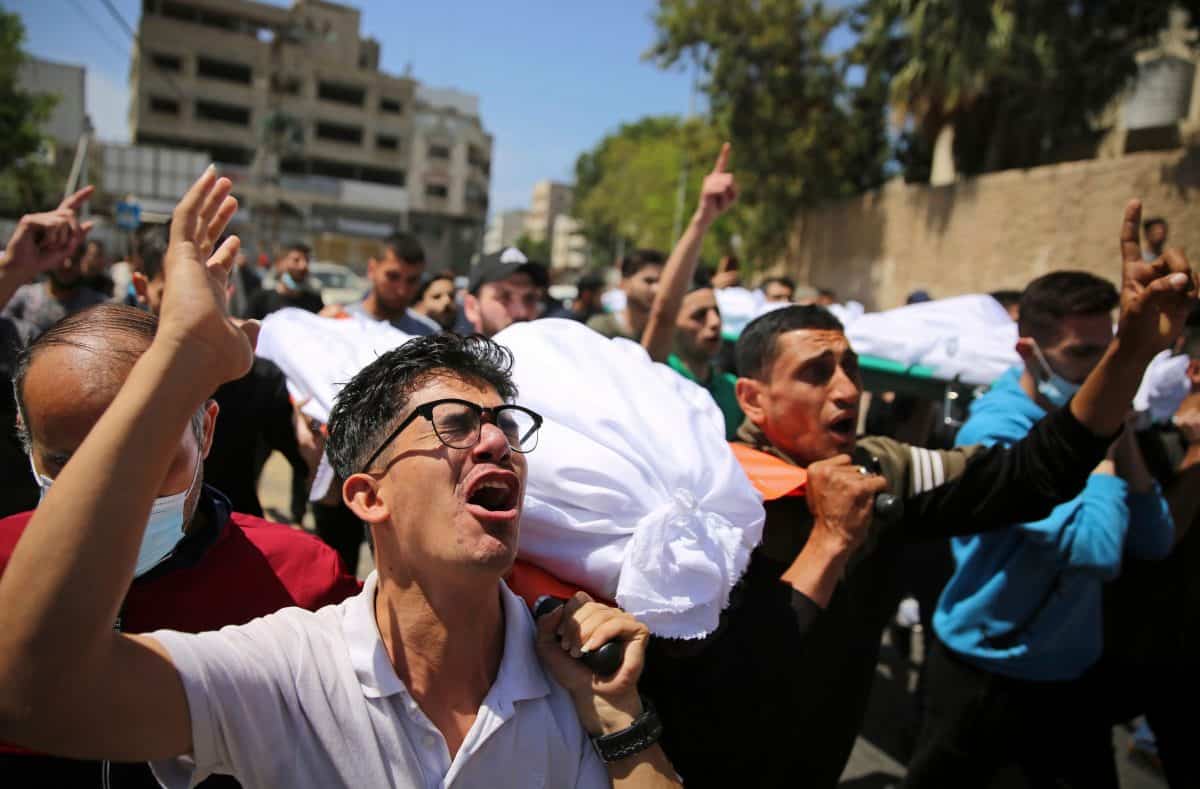 A heart-wrenching video of a 10-year-old Palestinian girl tearfully pleading for violence against her people has been viewed more than 11 million times.

Nadine Abdel-Taif was filmed by Middle East Eye, standing beside a Gaza building that had been reduced to a pile of rubble by Israeli airstrikes, asking why her people are being attacked.

“All of this when I see it, I literally cry every day. I said to myself, ‘why do we deserve this? What did we do for this?’ My family said they just hate us. They just don’t like us because we are Muslims. It’s not fair.”

God, my heart. Bless her. pic.twitter.com/ZEsJ4ru2FX

The Israeli military unleashed another wave of heavy air strikes on the Gaza Strip on Monday, claiming it destroyed nine miles of militant tunnels and the homes of nine alleged Hamas commanders.

The latest attacks killed a local Gaza leader of the Islamic Jihad militant group, according to the Israeli military, which blamed him for some of the thousands of rocket attacks launched at Israel.

Residents of Gaza who were awakened by the overnight barrage described it as the heaviest since the war began a week ago, and even more powerful than a wave of air strikes in Gaza City the day before that left 42 dead and flattened three buildings.

There was no immediate word on the casualties from the latest strikes. A three-storey building in Gaza City was heavily damaged, but residents said the military warned them 10 minutes before the strike and everyone cleared out. They said many of the air strikes hit nearby farmland.

Gaza’s mayor Yahya Sarraj told Al-Jazeera TV that the air strikes had caused extensive damage to roads and other infrastructure. “If the aggression continues we expect conditions to become worse,” he said.

He also warned that the territory was running low on fuel and other spare parts.

The UN has warned that Gaza’s sole power station is at risk of running out of fuel. The territory already experiences daily power outages of eight to 12 hours, and tap water is undrinkable.

At least 200 Palestinians have been killed in hundreds of air strikes in Gaza, including 59 children and 35 women, with 1,300 people wounded.

Eight people in Israel have been killed in rocket attacks launched from Gaza, including a five-year-old boy and a soldier.

“I have not seen this level of destruction through my 14 years of work,” said Samir al-Khatib, an emergency rescue official in Gaza, “not even in the 2014 war”.