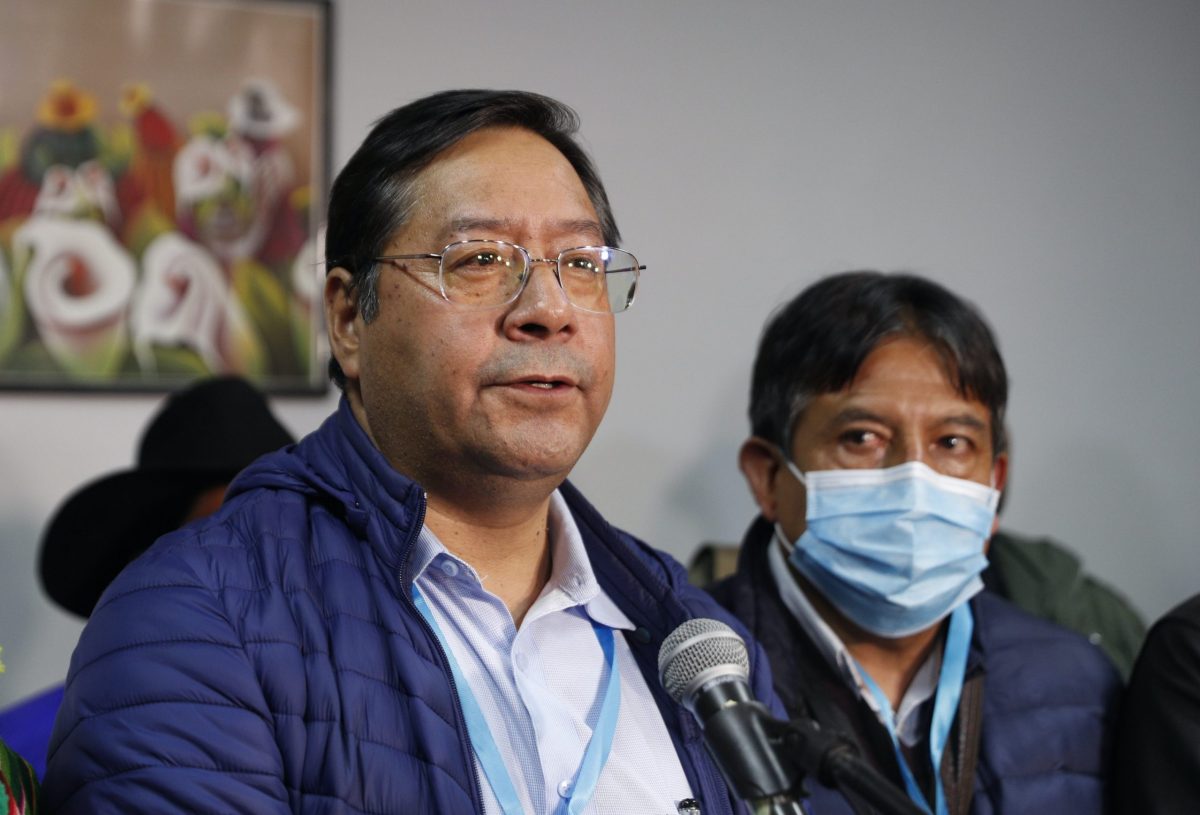 Two separate surveys projected that Arce – the candidate for Morales’ Movimiento al Socialismo (Mas) – had secured more than 50 per cent of the vote in Sunday’s ballot. His closest rival, centrist former president Carlos Mesa, is set to receive around 30 per cent.

In a late night broadcast from La Paz, the 57-year-old, UK-educated Arce –  a former finance minister under Morales – said” “We have reclaimed democracy and above all we have reclaimed hope.”

It is a remarkable result for Mas and Bolivia more widely, which has been riven by division since October last year – when claims of vote-rigging against the party resulted in mass protests and Morales being forced from the country by security services, in what supporters called a rightwing, US-backed coup.

“We will govern for all Bolivians,” Arce – who has a master’s degree form the University of Warwick – said. “We will bring unity to our country.”

The 60-year-old Morales – who is living in exile in Argentina – hailed the result as a “resounding victory” for Mas. “Sisters and brothers: the will of the people has prevailed,” the former president, who was Bolivia’s first indigenous leader, tweeted.

Morales claimed earlier in the election cycle that he would return to the county “the next day” should Arce win. It is the first presidential since 2002 in which he has not been on the ballot.

Jeanine Áñez, the rightwing interim president who succeeded Morales, also admitted that the left had won.

“We do not yet have the official count, but the data we do have shows that Mr Arce [has] … won the election. I congratulate the winners and ask them to govern thinking of Bolivia and of democracy,” she said.

Áñez once branded Bolivia’s indigenous people “satanic” – and has been accused by activists of levying the country’s justice system to wage a witch-hunt against Morales and his allies.

Leading members of the Latin American left – including the authoritarian leader of Venezuela, Nicolás Maduro, were quick to congratulate Acre and Mas.

“A great victory! United and aware, the Bolivian people have used votes to defeat the coup they carried out against our brother Evo,” Maduro tweeted.