Lindsey Graham asked: "Is there a Brutus in Russia?" 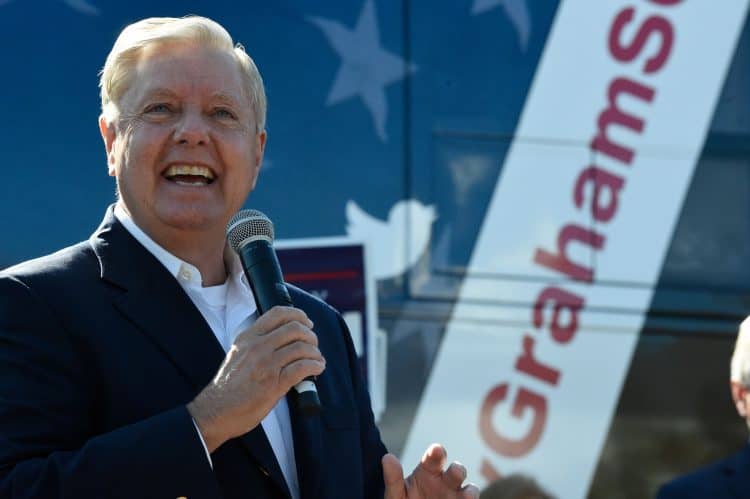 Senator Lindsey Graham has called on someone close to Vladimir Putin to assassinate him.

Writing on Twitter onThursday, the senator from South Carolina asked whether there is a “Brutus” who can kill the Russian president and end the war in Ukraine.

He said: “Is there a Brutus in Russia? Is there a more successful Colonel Stauffenberg in the Russian military?”

‘Take this guy out’

“The only way this ends is for somebody in Russia to take this guy out,” the senator added. “You would be doing your country – and the world – a great service.”

In another tweet, Graham said the only war the war will end is if the Russian people “fix this”.

‘An affront to the world’

Meanwhile the shelling of a nuclear power station in south-eastern Ukraine is “an affront to the world at large”, a UK cabinet minister has said.

Russian forces shelled the power station in the city of Zaporizhzhia overnight, with the attack continuing even as emergency services tried to put out the resulting fire.

Downing Street said the targeting of the nuclear plant could “directly threaten the safety of all of Europe”.

Justice Secretary Dominic Raab said the offensive means more than ever that the international community needs to “come down hard on (Russian President Vladimir) Putin”.

Raab told Times Radio: “It is clearly reckless, irresponsible and not only the fact they were shooting, bombarding that particular site, but when the Ukrainian emergency authorities were trying to put out the fire, the shelling continued.

“It must stop. We support the Ukrainians in dealing with the security situation there, but also I think come down hard on Vladimir Putin.

“It is an affront to the world at large.”