News that the Secret Service is spending thousands protecting Hunter Biden has reminded many about the Trump family's expenses... 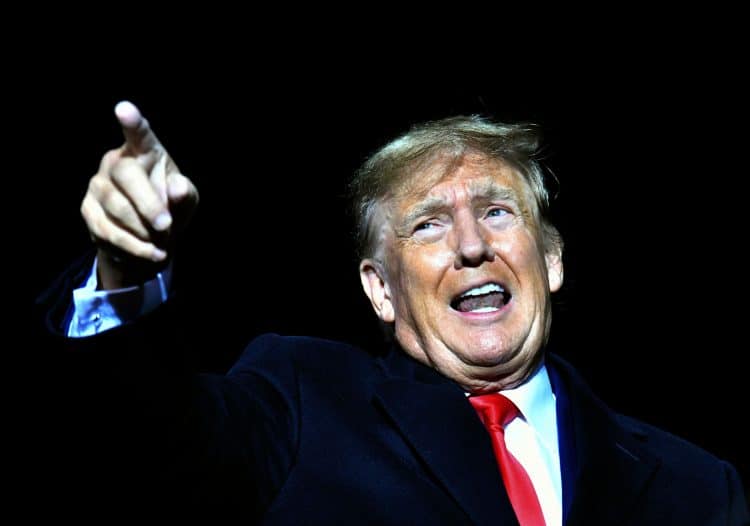 When news emerged this week that the Secret Service is paying more than $30,000 a month to rent a Malibu mansion to protect Hunter Biden, Donald Trump Jr. spied an opportunity.

The former president’s eldest president gleefully tweeted the headline “Secret Service paying over $30K per month for Malibu mansion to protect Hunter Biden!” – and linked to an ABC News story about the lavish property rented by agents in order to be close to Joe Biden’s son.

But, somewhat unsurprisingly, Don Jr. missed out a key chunk of context: that the Trump family, both during and after their patriarch’s White House stint, has milked the Secret Service dry.

Many were quick to point to a 2020 budget document, reviewed by watchdog Citizens for Responsibility and Ethics in Washington, which revealed that  “the Trump family took more trips that required Secret Service protection than the Obama family took in seven years”.

Whereas the Obamas too, on average, 133.3 “protected trips” a year, the Trump family took 1,624 annually. And, per the same damning report, “much of the Trump family’s known travel [had] been to promote Trump Organization businesses.”

That’s not all. The Secret Service agents protecting Ivanka Trump and her husband, Jared Kushner, were forced to shell out $100,000 to rent a toilet across the street from their Washington mansion – because the couple would’t let them use one of their six bathrooms.

And, in his final days in office, President Trump “issued a directive” Secret Service protection to 14 of his family members who would not automatically receive it after he left office, including Jared, Ivanka and their three children, as well as Don Jr. and his five kids.

There’s more. In a 2017 story, USA Today revealed that the Secret Service was unable to pay hundreds of agents “in large part due to the sheer size of President Trump’s family and efforts necessary to secure their multiple residences up and down the East Coast”.

The same story said that “more than 1,000 agents [had] already hit the federally mandated caps for salary and overtime allowances that were meant to last the entire year”.

Nobody in Washington is immune from charging the taxpayer for security protection, though. During Barack Obama’s presidency, the agency spent $2.7 million on the family’s trip to Martha’s Vineyard – including $2.5 million on hotels.

And when Biden was vice-president, he charged the Secret Service a monthly rent of $2,200 for the use of a cottage on his property in Delaware.

Related: Biden: Murdoch is the ‘most dangerous man in the world’