Seven additional nations were listed in a draft of proposed restrictions. Trump previously tried to ban all Muslims from entering the US. 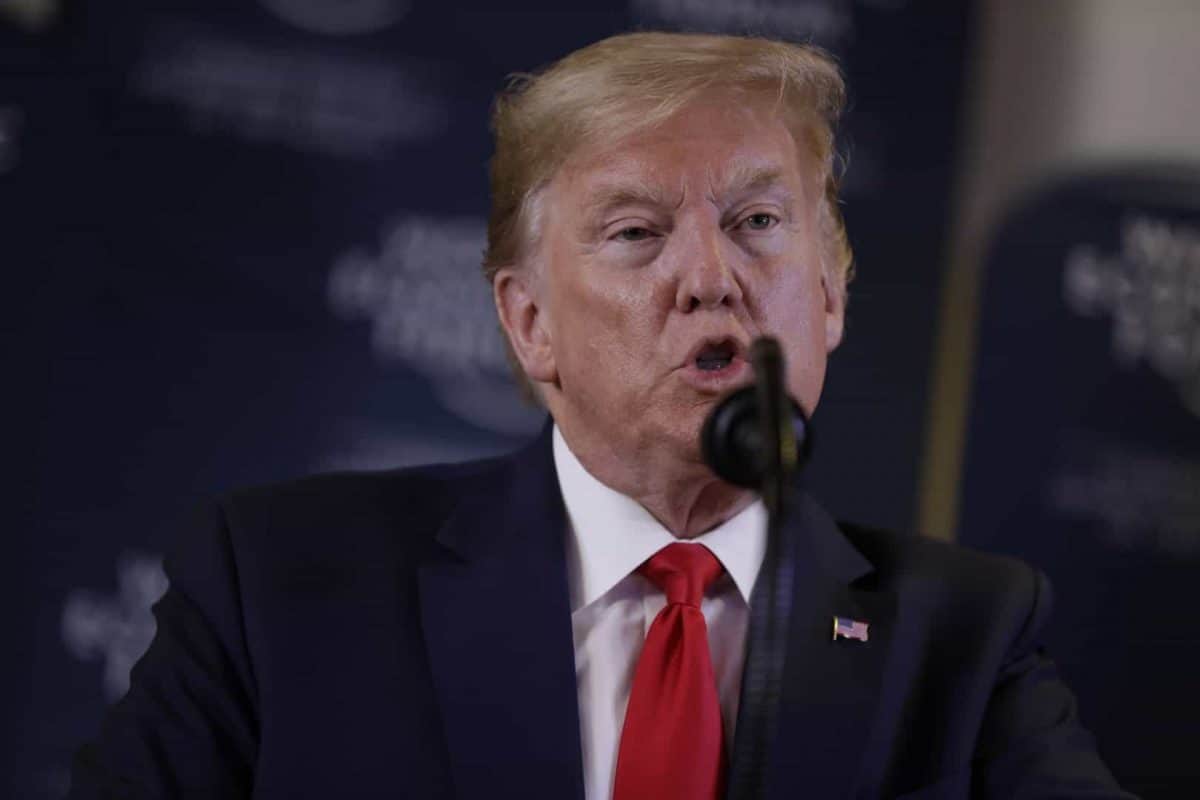 President Donald Trump has said the US would soon be imposing visa restrictions on more countries.

Seven additional nations were listed in a draft of the proposed restrictions – but the countries were notified by Homeland Security officials that they could avoid being included if they make changes before the announcement is made.

But several countries are believed to have taken action or demonstrated good faith efforts to comply in order to avoid inclusion, officials said.

The steps include better border security, better sharing of identification information among nations and better travel document security. It is not clear how many nations will be on the final list.

Before leaving to face an indictment trial in Washington for abusing his position, the US President told reporters at the World Economic Forum in Davos, Switzerland, that he is doing it to protect the United States.

Five of the countries on the draft list have either Muslim majorities or substantial Muslim minorities.

Countries currently included in the ban

That order was immediately blocked by the courts, prompting a months-long effort by the administration to develop clear standards and federal review processes.

Under the current system, restrictions are targeted at countries that Homeland Security says fail to share sufficient information with the US or have not taken necessary security precautions, such as issuing electronic passports with biometric information and sharing information about travellers’ terror-related and criminal histories.

Iraq, Sudan and Chad had been affected by the original order, which the Supreme Court upheld in a 5-4 vote after the administration released a watered-down version intended to withstand legal scrutiny. They were not part of the pared-down version.

During his 2016 campaign, Mr Trump had floated the idea of a ban to keep all Muslims from entering the country and he criticised his Justice Department for the subsequent changes.

US President sets record for most tweets in a day

President Donald Trump may have been doing his best to distract form the impeachment case outlined against him today in the US Senate by extending the US travel ban to more countries and setting a new record for the most tweets and retweets in a day as president.

On Wednesday Trump was surpassing his previous record of 123 Twitter postings in a day that he set a little over a month ago, according to Factba.se, a service that compiles and analyses data on Mr Trump’s presidency.

Mr Trump’s previous record for tweets on a single day during his time in the White House was set on December 12 2019, the day the House Judiciary Committee opened its marathon session to approve two articles of impeachment against the president.

A Nation once again?