The days are getting longer, and the weather's getting hotter. 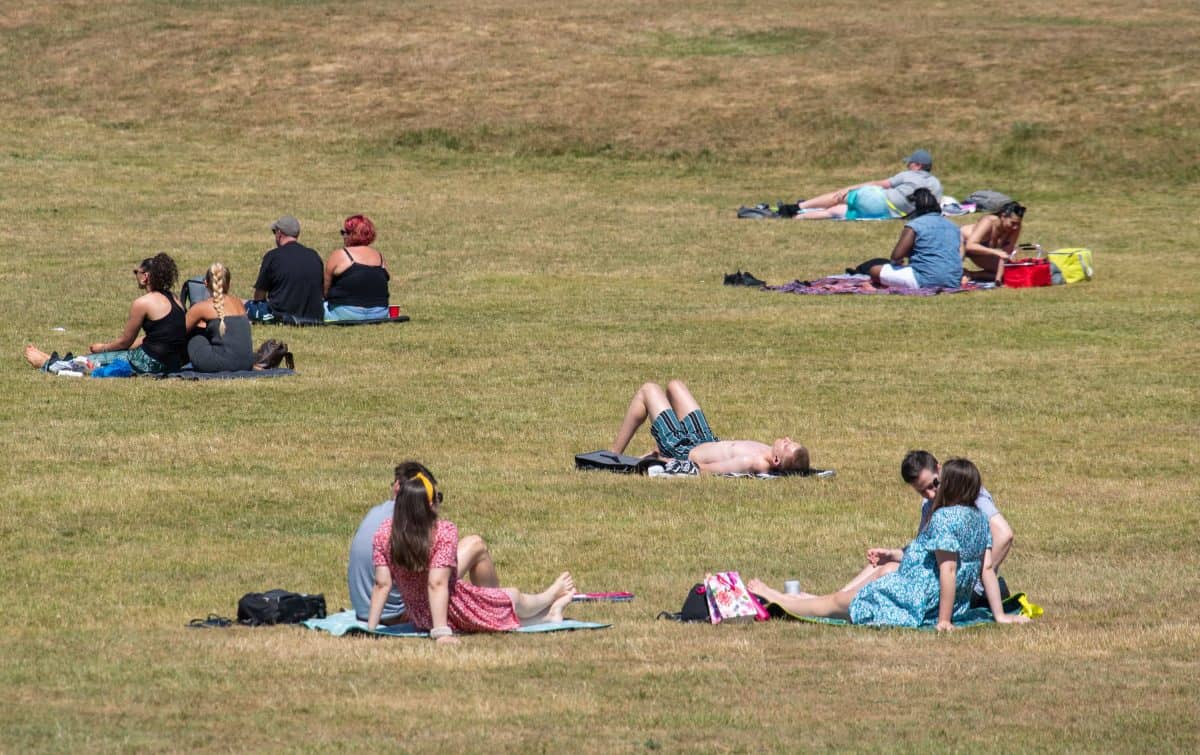 The UK could see record-high March temperatures as restrictions on outdoor gatherings are eased in England.

The south of the UK will be “very warm”, the Met Office said, and some areas in south-east England could see temperatures rise to 24C by Tuesday.

The warmer and brighter weather coincides with the relaxing of England’s lockdown on Monday, when the “stay home” order ends and groups of up to six people, or two households, are able to meet outside.

In Wales, lockdown restrictions were eased as the “stay local” requirement was dropped on Saturday, with people allowed to stay in self-contained holiday accommodation.

But the north-west of the UK could see heavy persistent rain in the first part of the week, before it moves southwards.

On Saturday evening, areas in the north will see strong winds and rain, particularly in parts of western Scotland where a yellow warning for rain is in place.

Those living in these regions can expect to see 80-100mm of rainfall, with the potential for 150-250mm over the highest ground, the Met Office said.

After a sunny Saturday, parts of southern England and Wales will see mostly dry, grey and windy conditions on Sunday, although some bright or sunny spells is forecast for the South East.

Met Office forecaster, Greg Dewhurst said southerly winds along with an area of high pressure would move in on Monday.

He said: “Into next week large swathes of southern England and Wales will be dry with warmer temperatures than expected for this time of year, the average for March being 11-12C.

“Much of the UK will remain dry and bright until Wednesday, while parts of Scotland will see some heavy showers.”

By Easter weekend, cold air from the north may bring another dip in temperatures, with the Met Office forecasting showers spreading to most areas.

It said temperatures are likely to be around or below average for the time of the year, with a potential for widespread overnight frosts.

The coldest Easter weekend on record was in 2013 when minus 12.5C was recorded at Braemar in Aberdeenshire, on Easter Sunday.