Parts of Louisiana could see up to 12 inches of rain by Monday. 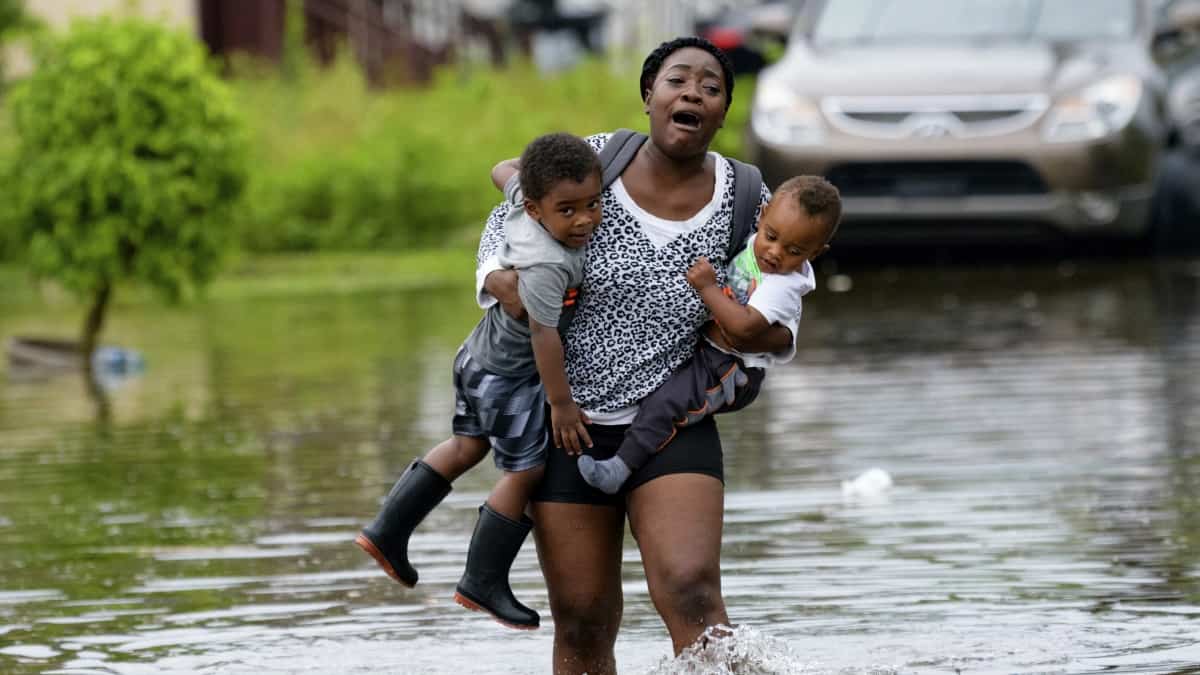 Residents fear a possible hurricane could strike the Gulf Coast and raise the Mississippi River to the brim of the city’s protective levees.

The storm was associated with a broad area of disturbed weather in the Gulf that forecasters said was on track to strengthen into a hurricane by the weekend.

Lines of thunderstorms associated with the system ranged far out into the Gulf and battered New Orleans, where as much as 7in of rain fell over a three-hour period on Wednesday morning, forecasters said.

Mississippi and Texas were also at risk of torrential rain.

In New Orleans, streets turned into small, swift rivers that overturned bins and picked up pieces of floating wood. Water was up to the doors of many cars and other vehicles were abandoned. Kayakers paddled their way down some streets.

Chandris Rethmeyer lost her car to the flood and had to wade through water about 4ft deep to get to safety. She was on her way home after working an overnight shift when she got stuck behind an accident in an underpass and the water started rising.

“I was going to sit in my car and let the storm pass,” she said. “But I reached back to get my son’s iPad and put my hand into a puddle of water.”

On Wednesday, the board said 118 of 120 drainage pumps were operational and the agency was fully staffed. But the agency’s director said that much rain in such a short time would have overwhelmed any drainage system.

Governor John Bel Edwards declared a state of emergency and said National Guard troops and high-water vehicles would be positioned all over the state.

“The entire coast of Louisiana is at play in this storm,” Mr Edwards said.

Forecasters said Louisiana could see up to 12in of rain by Monday, with isolated areas receiving as much as 18in.

A spokesman for the Army Corps of Engineers in New Orleans said the agency was not expecting widespread overtopping of the levees, but there are concerns for areas south of the city.

The river was expected to rise to 20ft by late Friday at a key gauge in New Orleans. The area is protected by levees 20 to 25ft high, he said.

The Corps was working with local officials to identify any low-lying areas and reinforce them, he said. He cautioned that the situation may change as more information about the storm arrives.

“We’re confident the levees themselves are in good shape. The big focus is height,” spokesman Ricky Boyett said.