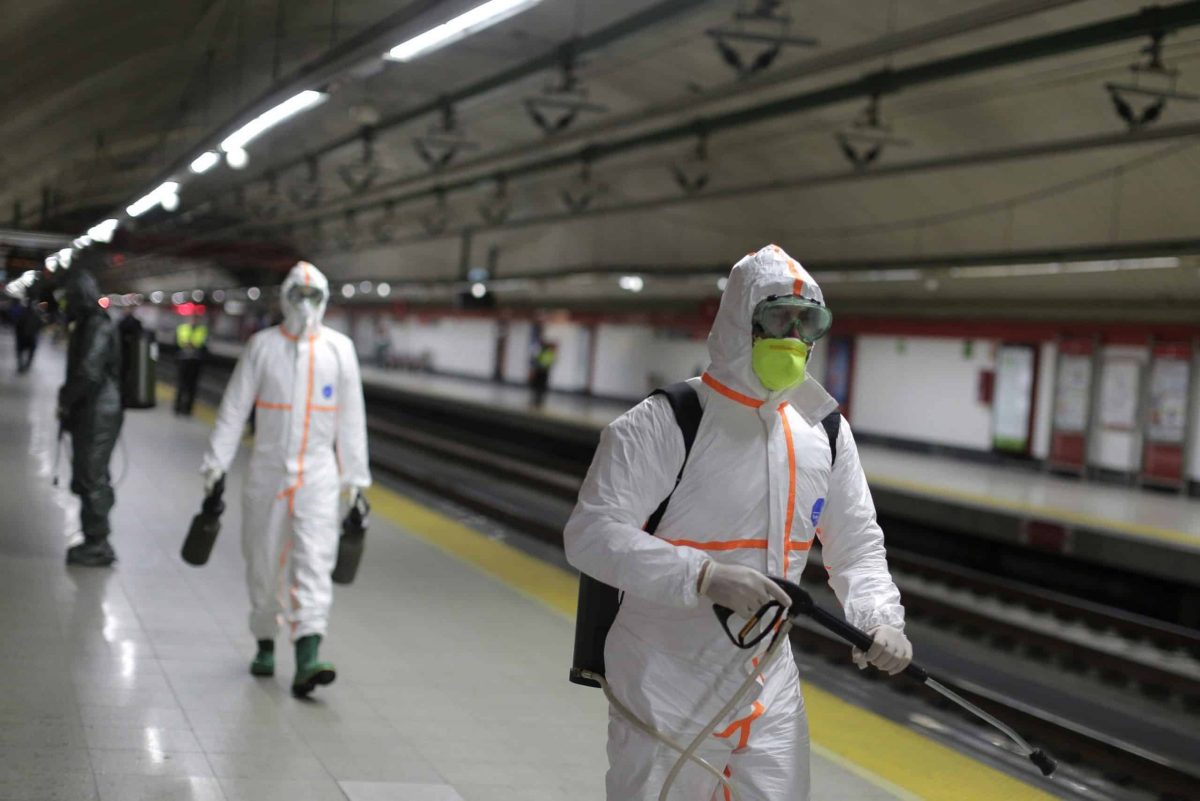 Spain and Italy demanded more European help as they fight coronavirus infections amid the continent’s worst crisis since the Second World War.

In the US, authorities urged millions in the hard-hit New York City region to stop travelling to keep the virus contained.

Dr Anthony Fauci, director of the National Institute of Allergy and Infectious Diseases, warned the coronavirus outbreak could kill 100,000 to 200,000 Americans.

He made the prediction of fatalities on CNN’s State of the Union, adding that millions in the US could become infected.

By midday on Sunday, the US had about 125,000 infections and 2,200 deaths, according to the running tally kept by Johns Hopkins University, though the true number of cases is thought to be considerably higher because of testing shortages and mild illnesses that have gone unrecognised or unreported.

World Health Organisation figures showed the daily increase in new infections was eclipsing 70,000, up from about 50,000 earlier in the week, and more than six times what it was two weeks ago.

New York State — where the death toll closed in on 1,000, up by more than 200 from the day before — remained the epicentre of the US outbreak, but spikes in infections were recorded around the country, not only in metropolitan areas but in Midwestern towns and Rocky Mountain ski havens.

Spain and Italy alone account for more than half of the world’s death toll.

But the number of new infections showed signs of narrowing again, with officials expressing cautious optimism that the most severe shutdown in the industrialised West is showing results.

Italy’s civil protection agency said more than 5,200 new cases were recorded in the last 24 hours, the lowest number in four days, for a total of almost 98,000 infections.

Spain moved to tighten its lockdown and ban all nonessential work on Sunday as it hit another daily record of almost 840 dead. The country’s overall official toll was more than 6,500.

But he said the number of people in intensive care units keeps rising and hospitals are at their limits in several regions.

“That is why we have to strictly apply the control measures,” he said.

Earlier, Italian prime minister Giuseppe Conte said: “Europe must demonstrate that it is able to respond to this historic call.”

The crisis “involves all of the economic and social systems of the member states”, he said.

US President Donald Trump backtracked on a threat to quarantine New York and neighbouring states amid criticism and questions about the legality of such a move.

But the Centres for Disease Control and Prevention issued a travel advisory urging all residents of New York City and others in New York, New Jersey and Connecticut to avoid all non-essential travel for 14 days.

Shocking as that is for Americans, it stopped short of the restrictions imposed in Europe or elsewhere.

Parisians are fined if they try to leave the city and South Africans cannot even walk their dog or buy alcohol.

“It is the most difficult moment for the EU since its foundation and it has to be ready to rise to the challenge,” Mr Sanchez said.

Spain, Italy, France and six other EU members have asked the union to share the burden of European debt, dubbed coronabonds in the media, to help fight the virus.

But the idea has met resistance from other members, led by Germany and the Netherlands.

European countries have also resisted sharing masks or other medical equipment with their neighbours for fear that they, too, will need them in mass quantities soon.

Many countries have turned to China, where the outbreak is easing, flying in cargo planes to get masks and other protective medical equipment.

Egypt, meanwhile, shut its beaches as cases in the Middle East surpassed 50,000.

Vietnam cut back domestic airline flights and closed restaurants and other businesses for two weeks. Vietnam has already quarantined nearly 60,000 people who entered from virus-infected nations.

More than 145,000 people have recovered, according to Johns Hopkins University.

Health officials around the world have been urging people to keep a social distance of two metres from others to slow the spread of the virus but a new report from the Massachusetts Institute of Technology says that might not be enough.

It says a sneeze or cough from an infected person can expel microscopic virus droplets as far as seven or eight metres and those droplets can be suspended in the air for hours.

The researchers said they wanted to warn the public about “the distance, timescale and persistence over which this cloud and its pathological payload can travel”.

As others tightened controls, China eased more restrictions following the ruling Communist Party’s declaration of victory over the coronavirus.

Tube and bus services resumed on Saturday in Wuhan, the city of 11 million people at the centre of the outbreak.