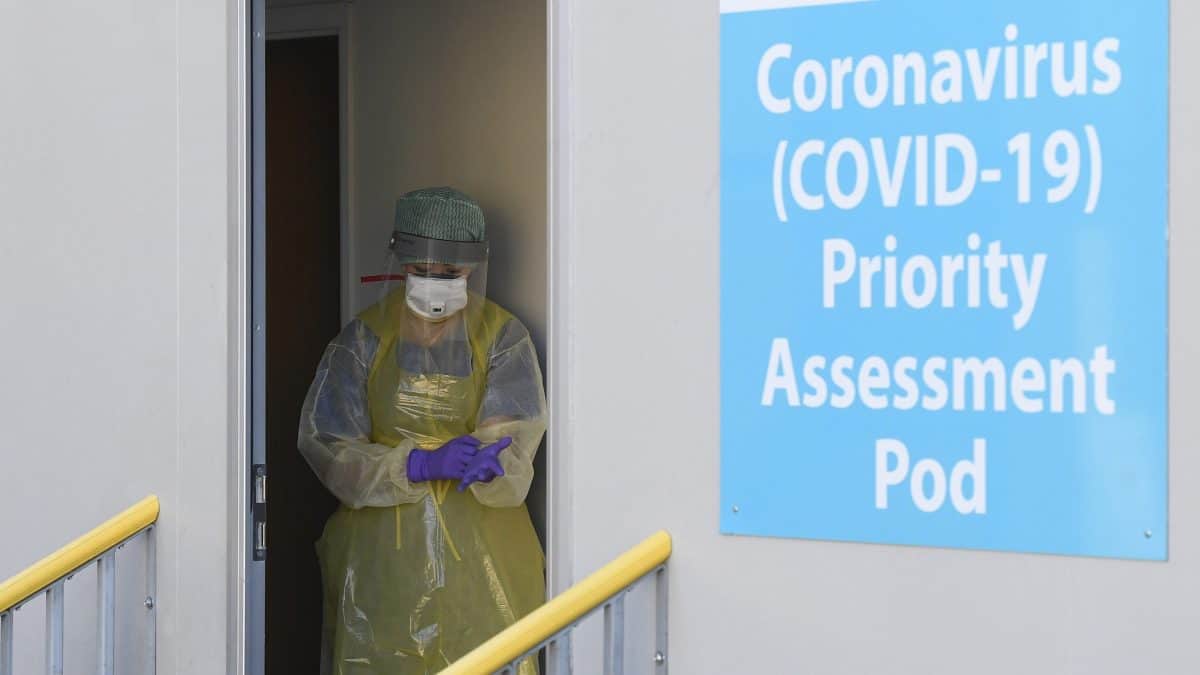 Normal life will not resume for at least six months, a key Government doctor has said, as the Government placed all parts of the UK on an “emergency footing” to tackle the coronavirus outbreak.

Dr Jenny Harries, deputy chief medical officer for England, said the nation will not be in “complete lockdown” for half a year but said social distancing measures will be lifted gradually.

Her warning at Sunday’s coronavirus press conference came as the NHS announced the first confirmed death of a frontline hospital worker with Covid-19.

Cabinet minister Robert Jenrick said “we simply cannot” ask health workers to go on to the frontline without adequate protective equipment, as he announced the emergency footing was an “unprecedented step in peace time”.

Dr Harries said the three-week reviews on the measures to slow the disease’s spread will likely continue for six months and that their success would be judged on slowing its rate.

“But we must not then suddenly revert to our normal way of living, that would be quite dangerous,” she said.

A sudden lifting could see the nation’s sacrifices “wasted” with another spike in deaths, which have reached 1,228.

“We need to keep that lid on and then gradually we will be able to hopefully adjust some of the social distancing measures and gradually get us all back to normal,” she said.

“Three weeks for review, two or three months to see if we’ve really squashed it, but three to six months, ideally, but lots of uncertainty in that but then to see at which point we can actually get back to normal and it is plausible it could go further than that.

“This is not to say we would be in complete lockdown for six months, but as a nation we have to be really, really responsible and keep doing what we’re all doing until we’re sure we can gradually start lifting various interventions which are likely to be spaced – based on the science and our data – until we gradually come back to a normal way of living.”

Communities Secretary Mr Jenrick announced that the emergency footing was now raised in all parts of the country.

“This is an unprecedented step in peace time, we haven’t done anything like this since the Second World War,” he said.

“This means that we are establishing strategic coordination centres across the whole country.”

Each would be led by gold commanders and have members of the armed forces embedded in them, he explained.

Moments before, the NHS had announced the death of 55-year-old consultant Amged El-Hawrani amid concerns staff do not have sufficient personal protective equipment (PPE)

The dedicated ear, nose and throat surgeon at Queen’s Hospital Burton died on Saturday. It was understood he had not been in contact with patients in recent weeks.

Dr Harries said: “It clearly is a worrying event, it is worrying for the nation because it is another death in our statistics, it is another loss to a family.

“And it will be a loss to an NHS family as well.”

Mr Jenrick said all NHS trusts and healthcare settings had received PPE deliveries and all social care sites will have received packages shortly.

“We simply cannot and should not ask people to be on the frontline without the right protective equipment,” he said.

Mr El-Hawrani’s death came as the toll in UK hospitals reached 1,228, a rise of 209 which was a smaller increase than 24 hours earlier.

This was the second biggest day-on-day rise, however it was smaller than the 260 increase reported the day before.

But experts warned it was too early to claim the rate was decreasing and Dr Harries said she expected the coronavirus death toll to increase “for the next week or two”.

Oxford University Professor James Naismith said: “It is true that this is less than might have been expected from exponential growth.

“However, daily numbers can be lower (or higher) than expected due to random factors.

“It is far too early to conclude that the lower number today than yesterday is not simply due to chance.”

Cabinet minister Michael Gove had earlier warned the lockdown will last for a “significant period” but was unable to make “an accurate prediction” on how long it must be endured.

Mr Gove declined to be drawn on one key scientist’s estimate of June being the earliest likely month that they could be eased, but warned the lockdown will last longer if the rules are not obeyed.

“It depends on all of our behaviour. If we follow the guidelines, we can deal more effectively with the spread of the disease,” he told Sky’s Sophy Ridge on Sunday.

Mr Gove announced that the Government had hit its initial 10,000-a-day target for testing, amid growing concern among healthcare professionals.

However, the official figures later showed testing only reached 6,961 between 9am on Saturday and the same time on Sunday.

The Department of Health could not explain the disparity when asked.

Mr Gove refused to give a timeline for when all NHS and social care workers will be tested.

Despite increasing demands, he said that it is hoped to “be able to test as many frontline workers at the earliest possible stage”.

Practising medic and Labour MP Dr Rosena Allin-Khan said she was “really disappointed” by the remarks.

“These are the people who are at the frontline, these are people who need to know whether or not they have the virus or not,” she told Sky.

“It is absolutely urgent that NHS and care staff are tested and they have access to testing immediately,” she said.

Meanwhile, the NHS received a huge boost from the public when it was announced volunteers to help in the crisis had hit 750,000 – three times the initial target.