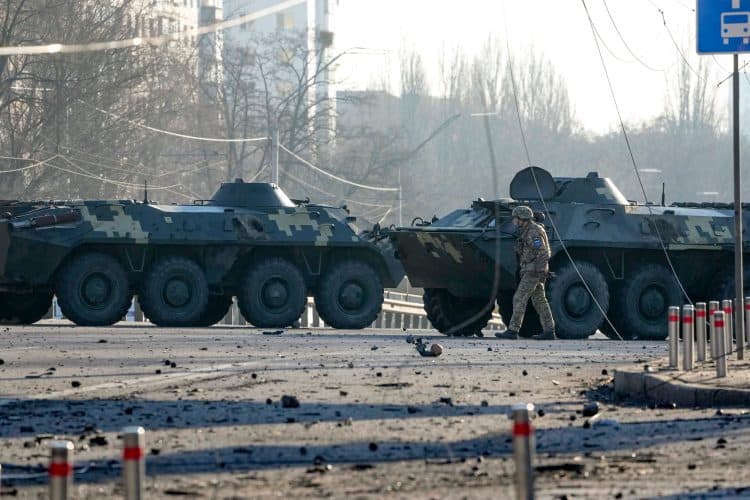 A Russian commander was run over by his own mutinous troops during fighting in Ukraine, western officials said, citing “morale challenges” among the invading forces.

Yuri Medvedev, commanding the 37th Motor Rifle Brigade, is believed to have been targeted deliberately amid fury at the number of casualties experiences by his unit – and run over by a tank.

Initial reports said Colonel Medvedev had been killed, but later accounts suggested he had suffered leg injuries and been evacuated to Belarus.

One official told The Guardian that the brigade commander was “killed by his own troops” as “a consequence of the scale of losses that had been taken by his brigade” in the fighting.

Another said the incident “gives an insight into some of the challenges Russian forces are having”, with Russian forces having unexpectedly “found themselves in a hornets’ nest and are suffering really badly”.

Nato estimated that, in just four weeks of fighting, Russia could have lost as many as 15,000 soldiers – although the Kremlin’s official death toll puts the number of soldiers killed at 1,351.

The original report of the mutiny was made on Wednesday by a Ukrainian journalist, Roman Tysmbaliuk, who said that it occurred after the unit – which had been fighting in Makariv, west of Kyiv – had lost “about 50 per cent of their personnel”.

“After choosing a convenient moment, during the fight, he ran over the commander standing next to him, injuring both his legs,” the journalist wrote. The commander was subsequently moved to a hospital in Belarus.

A separate film released by Ramzan Kadyrov, the Chechen leader and close ally of Vladimir Putin, showed the commander being transported by medical troops.

In it, a Chechen fighter speaks to Medvedev on a stretcher, with clear leg injuries, saying: “Hold on … How are you? OK? Talk to us …” The stricken commander replies: “I’m OK. Where are you from?”

It comes as Putin appeared to be preparing Russians for a possible scaling back of his ambitions in Ukraine away from seizing Kyiv to fighting for control of the east.

As the Russian President’s troops suffered a series of setbacks, Moscow said the “special military operation” would now focus on the “main goal, liberation of Donbas”.

There were hopes the move could amount to a scaling back of the invasion, as Ukrainian troops were believed to be regaining ground around the capital of Kyiv.

In a terse readout following the 50-minute telephone call, a No 10 spokesman said they had discussed “a range of issues of mutual interest” including the situation in Ukraine.

The contact came after Nato leaders urged China to “abstain” from supporting Russia’s war effort and to refrain from any actions that would help it circumvent sanctions.